Several people have written me expressing concern about whether they received a kundalini spirit when they received the baptism of the Spirit in their church years ago, instead of the genuine gifts of the Spirit as outlined in 1 Cor 12. Here is my answer to this important question.   Natan

This is a good question and the very same one I asked myself some 20 years ago when I first learned about the Hindu kundalini spirit. YHVH was gracious enough to give me the answer to the question at that time, and I have been going strong and operating in the gifts of the Spirit ever since without fear.

Remember this. Satan has counterfeited nearly everything that is biblical in his demonic false religions including the gifts of the Spirit. Because of this, some people have walked away from the gifts of the Spirit and have taken what’s called a cessationist viewpoint in that they believe the gifts of the Spirit are no longer for us today. This is a reactionary view that is not supported scripturally. It’s a spiritual cop-out. I used to believe this until I got so hungry for more of Yeshua and so sick of dead religion that as I was crying out for him that  one night while worshipping and praising Yeshua, he baptized me in his Ruach 27 years ago. I was in my living room when it happened and had never been in a Spirit-filled (Pentecostal or Charismatic) church in my lift up to that point.

Yeshua told us to judge with righteous judgment (John 7:24). How do we do this? By examining the fruits (Matt 7:15–20) of our actions and insuring that everything lines up with the Word of Elohim. When operating in the gifts of the Spirit including the gift of speaking in tongues, what are the fruits? Are they the fruit of the Spirit as outlined in Gal 5:22–25 and not the works of the flesh (Gal 5:19–21)? Does it bring you closer to Yeshua? Does it result in praise, worship and the glorification of Elohim? Does it edify and build us up in our spirit man? Does it promote holiness and righteousness? If yes, then this it is a good thing. If not, then it’s from another source. Satan isn’t going to give us anything that expands the kingdom of Elohim at his expense and promotes our spiritual well-being before YHVH.

Twenty years ago YHVH told me that if I loved Yeshua by walking faithfully in his Torah commandments that this would keep me on the straight and narrow path and that I wouldn’t be deceived or led into some spiritual counterfeit. You see, Torah is both a fence and a guardrail. It’s a fence that protects us by keeping the spiritual predators out, but it’s also a guardrail that keep us on the road of life and prevents us from going off the edge and over the cliff spiritually.

I suspect that some in the church world have picked up a kundalini spirit not because they were seeking Yeshua with all their hearts, but because they were seeking an experience. This is idolatry. When we seek anything other than Yeshua, especially supernatural experiences, we’ll get it, for sure, but it won’t be from the Ruach! When, on the other hand, we’re seeking Yeshua with all our heart to love and serve him as it says in Luke 11:9-13, he won’t give us a serpent or a stone (i.e. demonic counterfeit), but will give us good gifts. You can trust YHVH on this!!!!

For more on the kundalini spirit and what Yeshua and the Bible has to say about it, go to https://hoshanarabbah.org/blog/2019/11/17/from-the-mail-bag-did-yeshua-encourage-his-disciples-and-us-to-receive-a-kundalini-spirit/. 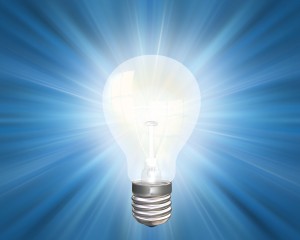 How, therefore, does the Spirit of Elohim interact with man? Man is a three-part being: body, soul and spirit (1 Thess 5:23). The body is the physical part of man, the soul is the personality or beingness of man (his mind, will and emotions), and his spirit is the part of man that points him God-ward, and that, once spiritually regenerated and enlightened by the Spirit of Elohim, connects us to Elohim. Man must come to the Father by way of his spirit (John 4:23–24). The Father reveals his spiritual mysteries to man by his Holy Spirit to the spiritually regenerated spirit in man (2 Cor 2:6–16).

There are numerous scriptures that attest to the fact that at the time of our spiritual rebirth (a.k.a. conversion, regeneration, redemption or salvation), YHVH activates our spirit with his Spirit, thus allowing us to enter into a spiritual relationship or communion with him. This is important to know, since man can’t properly obey Elohim out of his soul (the mind, the will and the emotions) alone without the leading of his spirit. Taken to the next step, man END_OF_DOCUMENT_TOKEN_TO_BE_REPLACED

Acts 8:16, For as yet He had. In most of our modern English Bibles, this verse supports the notion that the Holy Spirit is masculine by using the third person singular of the verb in reference to the antecedent Holy Spirit, which is found in the preceding verse. Is this a correct translation? First, the Greek word spirit pneuma/pneuma is a neuter noun. To be grammatically correct, therefore, our verse should read, “For as yet, It….”

However, the Bible reveals that the Holy Spirit is a Person, so it has to be either masculine or feminine. In our text, the English words “he had” are the one Greek word ehn which is the active, indicative, imperative, third person singular of the verb eimi meaning, in its infinitive state, “to be,” or in its imperfect tense, “was.” In this verse, the verb eimi in this form can mean either, “he was, she was, or it was” (Basics of Biblical Greek, p. 59, by William Mounce).

So how do we determine what the gender should be of the Holy Spirit?

In the Tanakh, the Hebrew word for spirit (as in Holy Spirit) is ruach, which is in the feminine gender. Since the concept of the Holy Spirit originates in the Hebrew language of the Tanakh, and since Elohim (the plural Hebrew noun indicating the plurality of the Godhead) reveals himself as both male and female (Gen 1:26–27), it is, therefore, illogical to refer to the Holy Spirit in the masculine gender in Acts 8:16.

Therefore, in Acts 8:16, referring to the Holy Spirit as he is a blatant example of scribal gloss, and is an example of the translators bowing to the Catholic doctrine of the third person in the Godhead being male in gender even though the linguistics of this verse don’t support it, and something the Bible as a whole doesn’t support.