The Basis Requirements for Being a Prophet of Elohim

The Torah reveals the basic requirements of a prophet. If a person is a prophet, YHVH will reveal himself to a person as per the instructions Numbers 12:6 (see also Jer 23:28). The context of these instructions was the misuse of the mouth in accusation against an elder in Israel. Evidently, Aaron and Miriam (who was a prophetess, Exod 15:20) thought they had gotten a prophetic word from Elohim and felt justified in correcting Moses on that basis. They were wrong and YHVH’s punishments were swift and severe. 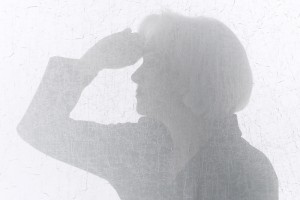 There Are Eleven Levels of a Prophet

A little known fact in modern-day church prophetic circles is that the Bible reveals that there are eleven levels of a prophet. The list below is adopted from The Guide to the Perplexed (by Moses Maimonides [or the Rambam] pp. 241–245.) Most so-called prophets in the church if they are on the list of the requirements for being a true prophet are at the lowest levels. This fact alone should cool the prophetic jets of most who think they’re Elohim’s elect and anointed prophet to the body of Yeshua. In reality, considering Israel’s long history, the Scriptures reveal that there were very few Elohim-sent prophets. Long periods of time passed without there being a true prophet of Elohim in Israel. There was no shortage of false and carnal-minded prophets, however. Now here’s the list:

Below are the levels of a prophet. Not all people who have these experiences are prophets. Those who hold the biblical office of a prophet will experience these things END_OF_DOCUMENT_TOKEN_TO_BE_REPLACED