Psalm 81:3, Blow the trumpet [Heb. shofar] at the time of the New Moon [Heb. chodesh], at the full moon [Heb. keseh meaning full moon or concealed, covered—scholars disagree as to its meaning and the origin of the word], on our solemn feast day [Heb. chag] — NKJV. The ArtScroll Stone Edition Tanach translates this verse alternatively as follows,

Blow the shofar at the moon’s renewal, at the time appointed for our festive day.

The origins of the Hebrew word keseh behind the phrase “full moon” is uncertain and there is debate among the experts on this subject. Some Hebrew lexicons relate it to a Hebrew root word meaning “to conceal, to cover” (e.g. Gesenius; Strong’s number H3677 cp. H3678), while others tell us that it means “fullness; full moon” (e.g. Brown Driver Briggs Hebrew Lexicon; cp. The TWOT; Strong’s). BDB tells us that the origin of keseh is unknown and that it may be an Aramaic loan word meaning “full moon.” Gesenius in his lexicon states that the etymology of keseh isn’t clear, but he favors the idea of the moon being covered or concealed in darkness as opposed to being covered in light (i.e., in its full moon state).

The only other usage of keseh in the Scriptures is found in Prov 7:20, which gives us no clue as to the exact meaning of the word.

Orthodox Jewish scholars tell us that keseh means “to conceal or to cover.” They say that the only biblical festival that occurs at the time of the new moon (biblically, when the first sliver of the new moon becomes visible) is Yom Teruah (or Rosh HaShanah), which occurs on the first day of the seventh month (in late summer). At this time, the moon is nearly completely covered or concealed except for a small, visible sliver.

Jewish scholars relate the word chag to Yom Teruah (which they say refers to Rosh HaShanah, see The ArtScroll Tanach Series Tehillim/Psalms Commentary on this verse). The problem with this interpretation is that the Scriptures never call the day of the new moon (rosh chodesh) a chag, nor is Yom Teruah technically a chag either in the strictest sense of the meaning of the word and its usage in Scripture. Therefore, the word keseh, if it means “concealment” must be referring to both the new moon day (the first day of each month, and to Yom Teruah, which occurs on the first day of the seventh month), while the chag must be referring to the three pilgrimage festivals.

Those scholars who take the word keseh to mean “full moon” say that the phrase in this verse containing this word refers to the pilgrimage festivals (Passover/Feast of Unleavened Bread, Feast of Weeks, and Feast of Tabernacles), which all occurred on or very near the time of the full moon.

Whichever interpretation you side with, the bottom line is this: The Scriptures command us to sound the shofar at the time of the New Moon, on Yom Teruah and during the three pilgrimage feasts. (See also Num 10:10.)

The biblical pilgrimage or aliyot (singular: aliyah) festivals are Passover (Pesach) and Unleavened Bread (Chag haMatzot) and the Feast of Weeks or Pentecost (Shavuot) in the spring and the Feast Tabernacles (Chag haSukkot) in the fall. At these feasts, the Torah, the Word of Elohim, commands all of YHVH’s his people Israel to come up (or make aliyah) to the place where YHVH has chosen to place his name. There they are to worship and serve him as they fellowship with joy with their Israelite brothers from far and near.

What are the reasons and benefits for YHVH’s people to faithfully and obediently celebrate his holy or set-apart feasts as he has commanded in is Set-Apart Word?

END_OF_DOCUMENT_TOKEN_TO_BE_REPLACED

Over the years, my wife and I have created many free discipleship resources on the biblical feasts and the seventh day Sabbath. Here is a list of links where you can find them. Also, you can use the search engine on the front page of this blog and type in key words (e.g. Sabbath, Pentecost, Passover, etc.) to pull up past articles published on this blog on the biblical feasts and the Shabbat. May these free resources be a blessing to you as you seek to understand biblical truth and learn to love Yeshua the Messiah and YHVH’s plan of salvation more deeply by keeping his commandments.

Articles about the feasts: https://www.hoshanarabbah.org/teaching.html#feast

Some suggestion on how to celebrate the feasts: https://www.hoshanarabbah.org/lifestyle.html

Videos on the biblical feasts and Sabbath: https://www.youtube.com/user/HoshanaRabbah/playlists

The Feast of Unleavened Bread—An Overview

Chag HaMatzot or the Feast of Unleavened Bread is the second annual festival on YHVH’s biblical calendar, and occurs on the fifteenth day of the month of the Abib, which is the day immediately following Passover (or Pesach, Lev 23:5–8). Because both of these feasts (Exod 34:25; Lev 23:2, 6) occur back-to-back, the Jews often refer to Passover and Unleavened Bread simply as Passover Week or some similar term that places the main emphasis on the Passover. But it must be noted that, though related, these two festivals are separate in meaning and purpose. Passover pictures Israel coming out of Egypt. Upon separating from Egypt, YHVH (the LORD) then commanded the Israelites to put all leavened food products out of their houses and to eat unleavened bread (flat bread) for seven days, hence the origins of the Feast of Unleavened Bread. Additionally, the first and seventh days of this week-long event are Sabbaths, and YHVH commanded his people to hold a set-apart convocation (or gathering) on these Sabbaths.

What, you may ask, is the purpose of putting leavening out of one’s home and eating unleavened bread products such as matzoh for one week? This seems like a curious request by YHVH of his people. Not surprisingly, the Creator of the universe has a reason for everything. The spiritual implications are enlightening and highly relevant to the disciples of Yeshua. In commanding his people to de-leaven their homes and lives, YHVH is teaching us an object lesson that applies to us as much today as to the Israelites of long ago.

Eating unleavened bread for seven days is a memorial, remembrance or reminder (Exod 13:6–9) of our coming out of our own spiritual Egypt. But how did unleavened bread enter into this picture? The Torah tells us that the Israelites left Egypt early in the morning as they were making their daily bread, and because they left in haste the bread was not able to rise (Exod 12:34). Therefore, they were forced, by circumstances, to leave their leavening — a biblical metaphor for sin — behind in Egypt. Similarly, believers in Yeshua are commanded to keep the Feast of Unleavened Bread (1 Cor 5:6–8), which helps to remind us that we should have left our old sinful ways behind us in the spiritual Egypt of this world when we surrendered our lives to Yeshua. We are pressing onward to the Promised Land of YHVH’s eternal kingdom.

It’s Time to Take Off the Blindfold!

The biblical truths presented below you have NOT heard in your Sunday churches. If you had, you would have been observing or celebrating YHVH Elohim’s biblical feasts in those churches! Yet these truths have been in your Bible all along. The problem is that most people have been blinded to them, and until YHVH opens their eyes and they express willingness to hear and obey YHVH’s truth, they will remain spiritually blind!

An Introduction to the Biblical Feasts

If you had to sum up the entire message of the Bible in one word what would it be? Probably words such as love, hope, salvation, eternal life or heaven are coming to your mind. But I challenge you to find a better word than the following: r-e-c-o-n-c-i-l-i-a-t-i-o-n. The dictionary defines reconciliation as “to restore to friendship or harmony, to settle or resolve a quarrel, to make consistent or congruous.”

When the first humans chose to listen to the lies of the serpent and to rebel against YHVH by giving in to sin at the tree of the knowledge of good and evil at the very beginning, our first parents chose the path of separation from their Heavenly Father. Sin causes man to be separated from our totally holy, righteous, sinless and loving Creator.

Since that time YHVH has been endeavoring to reconcile man to himself. He has laid out the criteria for this to occur—for man to once again have a loving and intimate relationship with his Heavenly Father as did Adam and Eve before they sinned.

The seven biblical feasts of YHVH (please note, the Bible calls them YHVH’s feasts, not men’s feasts, Lev 23:2, 4; Exod 31:13) prophetically represent the steps man must take to be reconciled to his Heavenly Father. They are the complete plan of salvation or redemption rolled up into an easy-to-understand ­seven-step plan. Though a child can understand these steps, the truths contained therein can, at the same time, be expanded and unfolded until one literally has rolled out before oneself the entire message of the Bible from Genesis to Revelation—a message that to the human comprehension is staggering, deep and rich beyond understanding. The biblical feasts are literally the skeletal structure upon which the truths of the entire Bible END_OF_DOCUMENT_TOKEN_TO_BE_REPLACED

So which calendar is the true calendar of the Bible? As of this writing, there are three calendars vying for this distinction. They are:

In previous articles, we have discussed the Hillel 2 calendar above, which most of Rabbinic Judaism currently follows, but was not the calendar that the biblical Jews followed.

The next calendar, the abib/aviv barley, visible new moon calendar, which is the one that this ministry follows for the reasons given in the article links provided above.

The last calendar is the vernal equinox calendar, which looks to the vernal or spring equinox to determine the beginning of the new biblical year and, hence, the dates for the END_OF_DOCUMENT_TOKEN_TO_BE_REPLACED 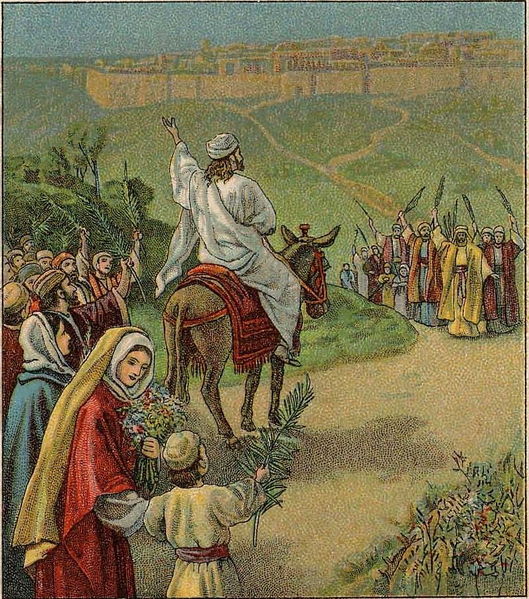 Exodus 23:14–19, Three times you shall keep a feast. The Scriptures teach us that during the three biblical pilgrimage festivals of Passover/Unleavened Bread, Pentecost and Tabernacles all Israelites were to leave their places of individual isolation and were to go up to where the presence of Elohim of Israel was. This sacred rendezvous was to occur according to the festival cycle or circle (Heb. chag) around the common sanctuary (where YHVH had chosen to place his name, Deut 16:2, 11, 15).

In fulfilling this command,each Israelite would become conscious in a real way that he was connected to all the other members of the nation of Israel, with YHVH Elohim, and with the Torah (The Pentateuch—Deuteronomy, p. 310, by S. R. Hirsch).

In biblical times, the Israelites would gather wherever the tabernacle had been placed. When the temple was built in Jerusalem, this city became the destination point for the Israelite pilgrims during these three biblical feasts.

For the saints who celebrate the biblical feasts now, there is no temple in Jerusalem to gather around. The saints are now the spiritual temple of the Spirit of Elohim (1 Cor 3:16). Moreover, Yeshua has promised to be in the midst of his people when they gather together END_OF_DOCUMENT_TOKEN_TO_BE_REPLACED