The arguments that Orthodox Rabbinic Jewish scholars make attempting to disprove Yeshua’s divinity and Messiahship may appear clever and convincing on the surface, but upon closer examination they prove to be false and are easily refuted.

When one looks through the smoke and mirrors of human deceit, one will see that these Jewish antimissionary arguments are patently false and demonstrate a major degree of spiritual blindness. At the very least, they reveal a dishonesty and disingenuousness on the part of their proponents, and at the most, a gross lack of understanding of the Scriptures. This is because a spirit of blindness has fallen upon rabbinic Jews as the Bible states (Rom 11:25)

To the naive, uninformed, misinformed and those who are either neophytes in their understanding of the Scriptures, or who have lost their first love of Yeshua and have fallen away from him spiritually, the antimessiah arguments of the rabbinic Jews seem compelling and convincing. Yet, upon careful examinations, all of their arguments have only a thin veneer of truth. Upon closer examination, it is easily proven that they do not line up with the WHOLE truth of the Bible, nor do they, in many cases, even line up with what their own pre-Christian Jewish sages taught and believed about the Messiah and the messianic prophecies of the Hebrew Scriptures.

Sadly, I have found that these blind unbelieving Jewish guides prey upon weak or disillusioned Christians who don’t know their Scriptures. They are able to draw many lukewarm and deceived Christians into apostasy, even causing them to renounce their faith in Yeshua the Messiah, the Son of Elohim and who is Elohim incarnate (John 1:1, 14). This is tragic!

Below are some of the most common antimessiah arguments that rabbinic Jews make in order to disprove the validity of the gospel message and faith in Yeshua the Messiah. My answers are short and to the point. A whole article could be written answering each point.  At the end of this brief study, I offer additional resources for those who want more information.

Rabbinic antimessiah statement: Elohim, the God of the Bible is one (Hebrew echad), not a Father, Son and Holy Spirit. The Bible teaches the idea of monotheism, not polytheism as Christianity teaches in the doctrine of the trinity.

Response: The word echad in Hebrew means “a compound unity—or one thing that is comprised of several units that together make up the unified whole (like a bunch of grapes).” The hidden reality is that many rabbinic Jews believe that Elohim is composed of ten component parts as pictured by the mystical sephirotic tree.

Rabbinic antimessiah statement: Countless times the Hebrew Scriptures (Old Testament or Tankah) declare: “I am HaShem (YHVH or the LORD) your God (Elohim), outside of me there is no other!” Everything you pray to other than him becomes a god or idol before HaShem (YHVH). HaShem forbids praying to anyone but Him!

Reponse: Actually, this isn’t a quote from the Torah, but from Isaiah. The Tanakh or OT actually teaches that there are two YHVH’s, not one—the Father and the Son. Moreover, END_OF_DOCUMENT_TOKEN_TO_BE_REPLACED

John 1:1, The Word was Elohim. Is Yeshua or the Father the God (Elohim) of the Old Testament (Tanakh)? For many believers in Yeshua, there is confusion as to who it was in the Godhead who interacted with the Israelites in the Tankah. Was it the Father or the Son? In the minds of the apostolic writers, there was no confusion about this.

Yeshua, in his preincarnate state, was the One that YHVH Elohim the Father used to both create (John 1:3; Col 1:16; Heb 11:3), and then to interact with mankind. He was the Word of YHVH Elohim, the Father, who become flesh and dwelt among men (verse 14). This truth is easily confirmed in several passages in the Testimony of Yeshua (New Testament).

First, Yeshua himself claims to be YHVH or the I Am of the burning bush (see John 8:58 cp. Exod 3:14). The Jews viewed Yeshua’s claim to be deity as blasphemous, which is why they picked up stones to kill him (John 8:59). Next, Yeshua in declaring to the Jewish religious leaders that “I send you prophets, wise men and scribes: some you will kill…” (Matt 23:34), he is claiming the rights and prerogatives of YHVH — a right and role that solely belonged to YHVH in the Tanakh.

Yeshua also declared that no man has seen the face of Elohim the Father (John 5:37). Yet END_OF_DOCUMENT_TOKEN_TO_BE_REPLACED

Who are the sons of light that Yeshua and the apostles talked about? What does “light” as a Hebraic metaphor represent in the Bible? How does this relate to Yeshua the Messiah, the gospel message, the disciples of Yeshua and the Torah? How can you become a “son of light”? Watch the video for a surprising if not life changing answer.

Here are some precious pearls and gold nuggets from the first several chapters of Isaiah. Bon appetite! 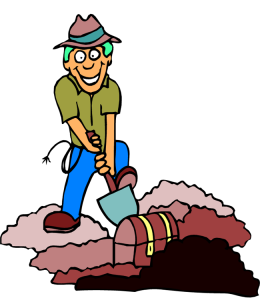 Isaiah 6:3, Holy, holy, holy. (Also Rev 4:8.) Since these are the words of worship being proclaimed to Elohim in his throne room continually, then holiness must be his chief attribute—not love, mercy, grace, etc. as many in the church teach and believe.

Isaiah 7:11 and 14, Here is a scripture proving the virgin birth of Yeshua. (See http://www.hoshanarabbah.org/pdfs/vbirth.pdf .)

Isaiah 8:14, A stone of stumbling. This an obvious reference to Yeshua who is a stone of stumbling to both houses of Israel (i.e., the non-believing Jews and the Christians.) The Christians stumble over or reject (at least, in part) Yeshua who is the Written Torah-Word of Elohim (John 1:1). The non-believing Jews, on the other hand, reject Yeshua, the Living Torah-Word of Elohim who came in flesh form (John 1:14).

Isaiah 8:16, Bind up the testimony. Here Isaiah is prophesying the canonization of the NT by the disciples of Yeshua (who is mentioned in verse 13). Did you know that the NT’s name for the NT isn’t the NT, but the Testimony of Yeshua—a name that John who finalized the NT canon gave it when he was writing the Book of Revelation? There, he calls the OT/Tanakh  the “Word of God/Elohim” and the NT “the Testimony of Yeshua” (see Rev 1:2, 9; 6:9; 12:17; 14:12; 20:4). If you didn’t know that John canonized the NT before his death, read my article on the subject (http://www.hoshanarabbah.org/pdfs/nt_canon_full.pdf .)

Isaiah 9:7, Increase. Here is another proof of the virgin birth of Yeshua. How you say? You have to dig into the Hebrew on this one. (See my article http://www.hoshanarabbah.org/pdfs/closed_mem.pdf .)

Isaiah 11:11–16, The second exodus. This is one of the main Tanakh passages on this subject. It’s too detailed to discussed in this blog. Stay tuned to a full-scale teaching that I have written on the second exodus, which is about to be published on the hoshanarabbah.org website.

Isaiah 12:2 literally says, “God/Elohim is my salvation/Yeshua…He [YHVH Elohim] has become my salvation/Yeshua.” Then verse 3 says, “Therefore with joy you will draw waters from the wells of salvation/Yeshua.” This verse was quoted on Hoshana Rabbah (the last or seventh day of Sukkot) during the water pouring ceremony. Yeshua referenced this in John 7:37–38. Can anyone shout HALLELUYAH (!) for this Tanakh passage that not only proves the deity of Yeshua, but shows how Yeshua fulfilled the OT prophecies like no one else ever did!