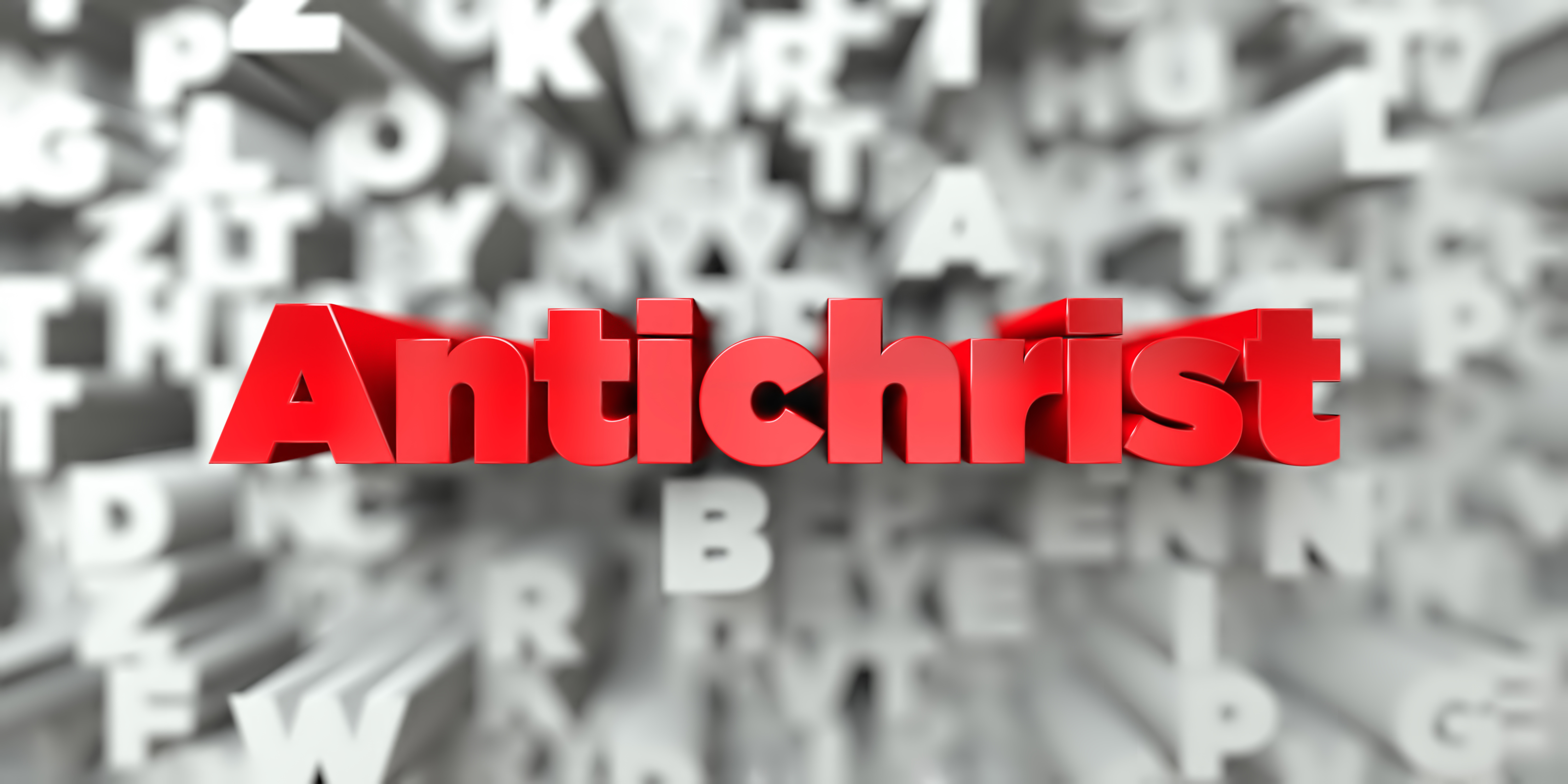 The arguments that Orthodox Rabbinic Jewish scholars make attempting to disprove Yeshua’s divinity and Messiahship may appear clever and convincing on the surface, but upon closer examination they prove to be false and are easily refuted.

When one looks through the smoke and mirrors of human deceit, one will see that these Jewish antimissionary arguments are patently false and demonstrate a major degree of spiritual blindness. At the very least, they reveal a dishonesty and disingenuousness on the part of their proponents, and at the most, a gross lack of understanding of the Scriptures. This is because a spirit of blindness has fallen upon rabbinic Jews as the Bible states (Rom 11:25)

To the naive, uninformed, misinformed and those who are either neophytes in their understanding of the Scriptures, or who have lost their first love of Yeshua and have fallen away from him spiritually, the antimessiah arguments of the rabbinic Jews seem compelling and convincing. Yet, upon careful examinations, all of their arguments have only a thin veneer of truth. Upon closer examination, it is easily proven that they do not line up with the WHOLE truth of the Bible, nor do they, in many cases, even line up with what their own pre-Christian Jewish sages taught and believed about the Messiah and the messianic prophecies of the Hebrew Scriptures.

Sadly, I have found that these blind unbelieving Jewish guides prey upon weak or disillusioned Christians who don’t know their Scriptures. They are able to draw many lukewarm and deceived Christians into apostasy, even causing them to renounce their faith in Yeshua the Messiah, the Son of Elohim and who is Elohim incarnate (John 1:1, 14). This is tragic!

Below are some of the most common antimessiah arguments that rabbinic Jews make in order to disprove the validity of the gospel message and faith in Yeshua the Messiah. My answers are short and to the point. A whole article could be written answering each point.  At the end of this brief study, I offer additional resources for those who want more information.

Rabbinic antimessiah statement: Elohim, the God of the Bible is one (Hebrew echad), not a Father, Son and Holy Spirit. The Bible teaches the idea of monotheism, not polytheism as Christianity teaches in the doctrine of the trinity.

Response: The word echad in Hebrew means “a compound unity—or one thing that is comprised of several units that together make up the unified whole (like a bunch of grapes).” The hidden reality is that many rabbinic Jews believe that Elohim is composed of ten component parts as pictured by the mystical sephirotic tree.

Rabbinic antimessiah statement: Countless times the Hebrew Scriptures (Old Testament or Tankah) declare: “I am HaShem (YHVH or the LORD) your God (Elohim), outside of me there is no other!” Everything you pray to other than him becomes a god or idol before HaShem (YHVH). HaShem forbids praying to anyone but Him!

Reponse: Actually, this isn’t a quote from the Torah, but from Isaiah. The Tanakh or OT actually teaches that there are two YHVH’s, not one—the Father and the Son. Moreover, God is the Hebrew word Elohim, which is a plural name. It is the plural form of the singular noun El or Eloah. So even the name of God/Elohim is plural and refers to the fact that the Godhead is echad or comprised of several units that are one in purpose—like a family with a father, mother and child. The human family is actually a earthly picture or model of this.

Rabbinic antimessiah statement: The ten commandments declare, “I am HaShem your God (Elohim). Thou shalt not have other gods besides Me.”  This prohibits the mediation of objects or people between God and man intermediaries are prohibited. Moses prayed for the people, but he was not an intermediary.

Response: Again, God here is the plural word Elohim. This commandment is forbidding the worship of anyone but Elohim (the Father, the Son and the Spirit). This specifically refers to any pagan deities, not to Elohim/the Godhead. As far as Moses not being an intermediary, actually Moses acted as an intermediary between Elohim and the children of Israel many times. At Mount Sinai when Elohim spoke to the children of Israel, the people begged Elohim to speak through Moses as an intermediary and not directly to them, which Elohim subsequently did on numerous occasions. At one time, after the golden calf incident, Moses even voluntarily offered his life to Elohim in exchange for the people.

Rabbinic antimessiah statement: HaShem (YHVH) has no form. God can’t be incarnated; this is idolatry and comes from pagan religions and is a violation of the second commandment prohibiting idolatry. The idea of a virgin woman giving birth to a half god—half man is a pagan concept and not a biblical one.

Response: That YHVH cannot be incarnated is contrary to the Torah record itself. YHVH can appear to humans in any form or way he wants. YHVH appeared to Abraham in a human physical form. They even ate a meal together. Moreover, the Angel/Malak or Messenger of Elohim, which on numerous occasions appeared to humans, on several occasions in the Torah is referred to as YHVH or Elohim. At other times, YHVH even appeared as a fire (at the burning bush) or as a cloud and pillar of fire (when leading the Israelites through the wilderness). Humans have never seen YHVH the Father, but they did see Yeshua in his preincarnate state in human form in the Torah on many occasions.

Rabbinic antimessiah statement: When Isaiah prophesies about the Suffering Servant in Isaiah 53,  this is not referring to the Messiah but to the nation of Israel. Isaiah himself declares: “Israel, you are my Servant!”

Response: This is false. This is a post-Christian rabbinic teaching, but not what the Jews believed before the Christian era. Isa 53 specifically refers to a man, not a nation. To say it does is twisting the scripture grossly.

Response: Yeshua was of Davidic lineage. He will be anointed king at his second coming. In reality, the ancient Jewish sages believed that two Messiahs were coming—Messiah the Suffering Servant or Son of Joseph and Messiah the Conquering King or Son of David. The sages just didn’t know when the Messiah would come, if there were one or two or who would come first. Even the disciples thought Yeshua had come as the King Messiah. They found out after his departure that his first coming was as the Suffering Servant and that he’d fulfill the David King prophecy at his second coming.

Rabbinic antimessiah statement: The Messiah has to put an end to weapons, war, and bring peace. Yeshua didn’t fulfill this prophecy.

Response: This will happen at Messiah’s second coming. Even the ancient sages had a sense of this. Of course, the modern, dishonest Jewish blind guides won’t tell you this now since it doesn’t serve their purposes to do so. You have to dig for this historical evidence. It’s there for those who search for it.

Rabbinic antimessiah statement: The Messiah will cause scattered Israel to return to the land of Israel. This has not happened yet.

Response: Yeshua started this process at his first coming. Preaching to the Gentiles was part of regathering the lost sheep of the house of Israel. I have many written and video teachings explaining this.

Rabbinic antimessiah statement: The Hebrew Scriptures do not speak of a divine Messiah, but of a King, human Messiah.

Response: This is totally a false statement. I address this in many of my teachings on Yeshua in the Tanakh.

Rabbinic antimessiah statement: The Hebrew Scriptures don’t not speak of ‘two coming’ of the Messiah.

Response: The Torah along with the rest of the Tanakh do teach this. This is what the pre-Christian Jewish sages believed and taught.

Rabbinic antimessiah statement: The Hebrew Scriptures declare that no man can make atonement for another man.

Response: Again, this is a false statement. Moses demonstrated his willingness to make atonement for another when he was willing to die for Israel after the golden calf incident. This theme is also picked up by later OT authors as we read in Isa 53 for example. Moreover, we know that the whole Levitical sacrificial system screams loudly of the vicarious and atoning death of Yeshua the Messiah that was to come.

Rabbinic antimessiah statement: The concept that HaShem ‘closed his eyes’ to Israel and now works only with the ‘church’ is unbiblical.

Response: I would agree with this statement. Everyone (Jew and non-Jew) must repent of their sins and come to faith in Messiah Yeshua to be saved—to have eternal life and to be part of Elohim’s eternal kingdom. This group of redeemed people is called the Israel of Elohim (Gal 6:16) and the one new man (Eph 2:15) and no Gentiles will enter the heaven of the New Jerusalem—only redeemed Israelites made up of the 12 tribes of Israel of which the Jews are but one tribe; there is no Gentile gate in the New Jerusalem (Rev 21:12)!

For additional information on this subject, check out my teaching articles:

Also, please check out these excellent books on the subject of Yeshua in the Old Testament: