When the world all around you is like a toilet swirling and flushing out of control on its way down to hell (literally), and you feel powerless to do anything about it, all you can do is to tend your own garden. Try to make the world a better place where YOU are living.

Tending the garden is a fundamental principle of the Bible. In fact, it is the third command of the Torah that the Creator gave to man at the beginning(Gen 2:15). This command is one of five original key commands that Elohim gave to the first humans and are basic keys to human happiness and to fulfilling man’s godly mission on earth. Fulfilling these commands were the basic keys to maintaining the idyllic state of man’s happiness and to communing with Elohim in the pre-fall world. These five fundamental commands were:

At the exact center of these five commands—between command three and four—was the example Elohim gave us of resting on the Sabbath (Gen 2:2–3). Though not a direct command, it was an implicit command in that man is to follow the Creator’s example by resting on the seventh day. It later became a direct command (Exod 16:23–30 and 20:8–11). What this seems to teach us is that the Sabbath (or Shabbat in Hebrew) is at the center of learning about how to fulfill the other five commands and learning about their higher spiritual implications. In the post-fall world after man had sinned by eating from the tree of knowledge, man corrupted the five basic commands and the Sabbath. Illicit sex, exploitation and abuse of animals, the exploitation and abuse of the earth for greedy and covetous purposes and human attempts to destroy marriage and the family was the result. Satan was then and still is on a mission to kill, steal and destroy these five areas and to get humans away from them by perverting or counterfeiting them.

When humans dedicate themselves to fulfilling these five commands as well as resting on the seventh day Sabbath, there is a basic and deep joy and fulfillment that will occur in one’s life that can be achieved in no other way.

Being in nature and tending the garden of this world is a fundamental key for man to finding Elohim, the Creator, and to discover the deep mysteries about him (Rom 1:20).

For the invisible things of him from the creation of the world are clearly seen, being understood by the things that are made, even his eternal power and Godhead…

Beside tending the physical garden, the Creator gave man four other Torah-instructions or laws as revealed in Genesis chapters one and two. These five laws, along with the Sabbath, are fundamental keys to happiness, joy and blessing in this physical life. They will also bring a person to an understanding of YHVH as well. Orientating our lives around marriage, procreation, family, caring for animals, resting on the seventh day, and abstaining from the tree of knowledge [i.e. secular humanism]) are the keys to a fulfilled life on this earth.

Fulfilling these five laws in one’s life is a key to staying connected to Elohim, staying grounded spiritually and not getting sucked into the technocratic, mind-controlling and enslaving matrix that Satan and his human minions are endeavoring to impose on humanity like an invisible net as the Bible prophesied will come upon the earth in the last days (Rev 13, 17, 18).

As the world becomes more evil spinning out of control around me, all I want to do is to tend my own garden, which is YHVH’s garden—to pull out the weeds and make it a more beautiful place for him to inhabit. It starts with my own life. My life is the garden of YHVH. We are reminded of this in the Song of Solomon,

A garden inclosed is my sister, my spouse; a spring shut up, a fountain sealed. Thy plants are an orchard of pomegranates, with pleasant fruits; camphire, with spikenard, spikenard and saffron; calamus and cinnamon, with all trees of frankincense; myrrh and aloes, with all the chief spices: a fountain of gardens, a well of living waters, and streams from Lebanon. Awake, O north wind; and come, thou south; blow upon my garden, that the spices thereof may flow out. Let my beloved come into his garden, and eat his pleasant fruits. (Song 4:12–14)

Is my life a garden that YHVH Elohim wants to inhabit? Or am I just an inflated ball of head knowledge filled with facts about him, but the garden of my life is a mess and my heart is who knows where?

Consider this. Elohim planted the first humans in a garden long ago and told them (and us) to take care of it. Our forefather and foremother walked with him in the cool of the day in perfect harmony and unity until they disobeyed him and ate from the tree of knowledge—the first sin. In their minds, they were deceived to believe that his was permissible. O how our own mental reasoning or head knowledge can leads us astray and away from him if we are not careful!

We started in a garden, and we are going to end up there. The garden from heaven to which we look forward is called the New Jerusalem. In the mean time, Elohim told us to tend our garden—the third command in the Torah (Gen 2:15-16). Ask yourself this: How well am I tending the garden of my life both physically and spiritually? Do we really have a clue what this means or are we so busy filling our heads with facts and satiating the lusts of the flesh and eyes, the pride of life that we forgot about holiness, righteousness, pulling up the weeds out of the soil of our lives, pruning the trees and plants, fertilizing and caring for them so that they will bear fruit for him, and so that Yeshua our Bridegroom wants to visit our garden?

Personally, I want my life to be a resting place for my Creator or a merkabah, which is the Hebrew word for a chariot-throne of Elohim’s presence. The psalmist said that Elohim is enthroned on the praises of Israel, not the head knowledge of Israel (Ps 22:3). Let us worship the King, while tending our garden! When we do this, maybe Isaiah 4:4–5:1 will be fulfilled in our lives:

When Adonai shall have washed away the filth of the daughters of Zion, and shall have purged the blood of Jerusalem from the midst thereof by the spirit of judgment, and by the spirit of burning. And YHVH will create upon every dwelling place of mount Zion, and upon her assemblies, a cloud and smoke by day, and the shining of a flaming fire by night: for upon all the glory shall be a defence. And there shall be a tabernacle for a shadow in the daytime from the heat, and for a place of refuge, and for a covert from storm and from rain. Now will I sing to my wellbeloved a song of my beloved touching his vineyard. My well-beloved hath a vineyard in a very fruitful hill. (Isa 4:4–5:1)

When this prophecy begins to be fulfilled in the garden of our lives, it will be a glorious day for us, for  those around us and for the world!

Shabbat shalom everyone around the world! 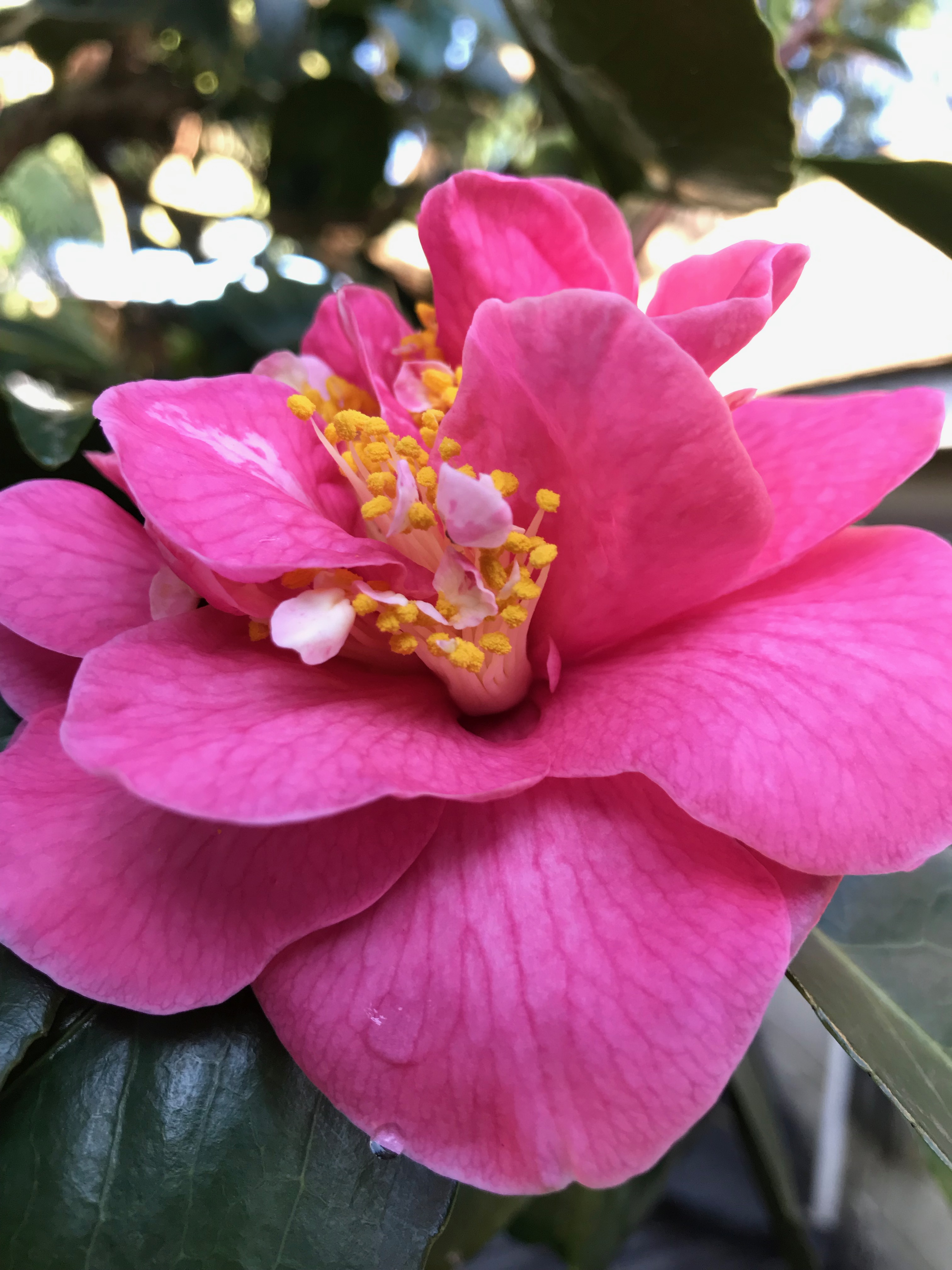 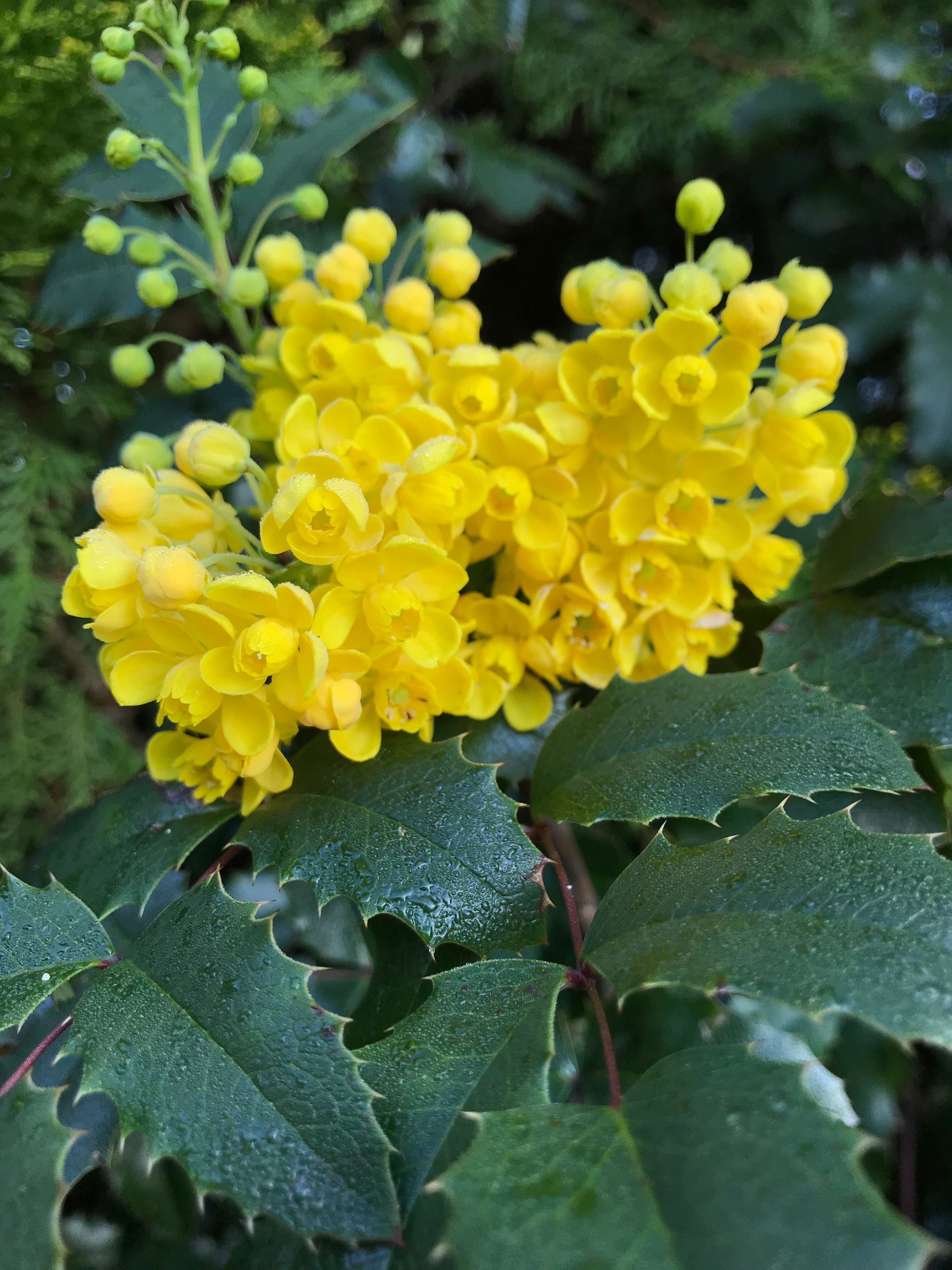 Genesis 3:9–13, Where are you? Elohim asks Adam and Eve direct and specific questions, but instead of taking personal responsibility and answering the questions, they defend themselves, make excuses, justify themselves, blame shift, and accuse others including blaming Elohim. When confronted with their sin, humans have been doing this ever since — defending self and ego at all expenses. This is the result of the taint of sin and this behavior has been passed on from one generation to the next. The Spirit-led person must counter this proclivity of the soul to justify, excuse and obfuscate one’s sin.

Furthermore, when YHVH asked the first humans where they were after they had sinned, he wasn’t asking them where they were physically. Being obniscient, he knew this already. Instead, he was asking them them, “Where are you spiritually in your relationship with me in regards to obedience to the instructions in righteousness I gave you to obey?” This is the same questions the Creator is still asking men to this day.

Genesis 2:15, Tend/dress and keep it. Tend is the Hebrew word avad meaning “to work or serve.” Being a gardener was Adam’s occupation. Yeshua was the second Adam. After Yeshua’s resurrection, interestingly, he was mistaken as the gardener (John 20:15).

Sustainability is the capacity to endure. For humans, sustainability is the long-term maintenance of responsibility, which has environmental, economic, and social dimensions, and encompasses the concept of stewardship, the responsible management of resource use. In ecology, sustainability describes how biological systems remain diverse and productive over time, a necessary precondition for the well-being of humans and other organisms.

As the writer of the Book of Ecclesiastes said, there is nothing new under the sun. In the beginning, Elohim placed man in the idyllic paradise called the Garden of Eden instructing him “to tend” (serve, work, till, dress) and “to keep” (guard, observe, protect) the garden (Gen 2:15). Man was commanded to become the steward of what Elohim had created—to preserve, maintain and to care for it.

To this day, YHVH has never rescinded these instructions to man even though modern environmentalists and conservationists may think they originated the idea of responsible stewardship of the environment. Long before Rosseau, Thoreau, the END_OF_DOCUMENT_TOKEN_TO_BE_REPLACED

The terms sustainability or sustainable living are currently fad concepts that are bandied about by those seeking to be politically correct—whatever that is supposed to mean. Wikipedia, the online encyclopedia, defines sustainability as follows:

Sustainability is the capacity to endure. For humans, sustainability is the long-term maintenance of responsibility, which has environmental, economic, and social dimensions, and encompasses the concept of stewardship, the responsible management of resource use. In ecology, sustainability describes how biological systems remain diverse and productive over time, a necessary precondition for the well-being of humans and other organisms.

Well, as the writer of the Book of Ecclesiastes said, there is nothing new under the sun. In the beginning, Elohim placed man in the idyllic paradise called the Garden of Eden instructing him to tend (serve, work, till, dress) and to keep (guard, observe, protect) the garden (Gen 2:15). Man was commanded to become the steward of what Elohim had created—to preserve, maintain and to care for it.

These instructions of YHVH’s have never been rescinded to this day even though modern environmentalists and conservationists may think they originated the idea of responsible stewardship of the environment. Long before Rosseau, Thoreau, the Sierra Club, Germany’s Green Party, and the Environmental Protection Agency (the EPA) in America the Torah was preaching sustainable living and responsibly caring for the environment—YHVH’s creation. Let’s note how:

What are some other biblical examples of YHVH mandating that humans care for the environment?