Deuteronomy 4:25–32, Apostasy, exile, enslavement, repentance and regathering of lost and scattered Israel to the Promised Land in the last days.  This passage deals with the exile and return of the Israelites. Because of syncretism with the idolatrous practices of the nations around them, YHVH prophesied that the Israelites would be scattered among the nations of the world. Conversely, YHVH prophesies that “in the end of days” (verse 30)—a metaphor for “the last days” or “the end of the age”—he would hear their pleas for help, have mercy on his people, and remember his covenant with them. According to some noted Jewish sages, “the end of days” refers to the period just before the coming of Messiah, and this repentance is the same as that which Moses mentions later in 30:1–2 (The ArtScroll Stone Edition Chumash, p. 965). Here are some additional quotes from some noted Jewish scholars on the subject of Israel returning to YHVH from its exile among the nations:

The future King Messiah (Messiah Son of David) will not only redeem the Jews from exile, but will restore the observance of the Torah-commandments to its complete state, which will only be possible when the Israelites are living in the Land of Israel. At this same time, “there will be an ingathering of the dispersed remnant of Israel. This will make it possible for the Davidic dynasty to be reinstated and for the observance of the Torah and its mitzvot [commandments] to be restored in its totality” (I Await His Coming Every Day, p. 35, [see also p. 38 quoting Rambam] by Menachem Schneerson, emphasis added). According to the Rambam (also known as Maimonides) in his Thirteen Principles of the Jewish Faith the resurrection of the dead will occur just after the coming of the Messiah and that the resurrection of the dead is a key element of the Final Redemption (ibid., p. 59).

The Jewish sages recognize that the ingathering of the exiles including the ten tribes of the Northern Kingdom, will also return, be reunited with Judah and that the whole house of Israel will serve YHVH together (Ezek 20:32–37, 40–42) (Mashiach—the Principles of Mashiach and the Messianic Era In Jewish Law and Tradition, pp. 20-22, by Jacob Immanual Schochet quoting from Sanhedrin 110b; Bamidbar Rabba 16:25).

The ArtScroll Bereishis/Genesis Commentary, vol. 1(b) states in its commentary on Genesis 48:19 regarding Ephraim: “R. Munk explains: ‘while it is true that the dispersion [of the descendants of Ephraim and Manasseh] was caused by the unfaithfulness and sinfulness of Ephraim’s descendants (Hos 7:8ff), Jacob’s blessing was not in vain for “they will return to God” and will have their share in the world to come (Talmud Sanhedrin 110b).’ And R. Eliezer adds: ‘Even the darkness in which the Ten Tribes were lost will one day become as radiant as the day’ (according to the version of Avos d’Rabbi Nosson 36). And in the perspective of history, did not these exiled children of the Patriarchs enlighten the nations among whom they were scattered? They did so by teaching their conquerors the fundamental ideas of the knowledge and love of God, ideals they had never forsaken. Hence they too have a messianic vocation and their Messiah the Maschiach ben Yosef, Messiah son of Joseph (Talmud Succah 52a), also called Messiah son of Ephraim (Targum Yonasan on Exodus 40:11), will play an essential role in humanity’s redemption, for he will be the precursor of the Maschiach ben David, Messiah Son of David. It is therefore not surprising to find that the prophet Jeremiah (3:12) speaks affectionately of Ephraim. In this light, Jacob’s words, ‘his offspring will fill the nations,’ assume the significance of blessing” (pp. 2121–2122).

The regathering of not only the Jewish people (largely from the tribe of Judah), but Israelites from the other eleven tribes is predicted by Yeshua and the apostolic writers as well (see Acts 3:21; Matt 10:6; 15:24).

END_OF_DOCUMENT_TOKEN_TO_BE_REPLACED

But [Yeshua] answered and said, I am not sent but unto the lost sheep of the house of Israel. (Matt 15:24)

But go rather to the lost sheep of the house of Israel. (Matt 10:6)

And other sheep I have, which are not of this fold: them also I must bring, and they shall hear my voice; and there shall be one fold, and one shepherd. (John 10:16)

Deuteronomy 32:21, I will move them to jealousy with those which are not a people. I will provoke them to anger with a foolish nation. The term not a people is the Hebrew phrase lo-am. Curiously this same phrase occurs in several other references in the Hebrew Scriptures (Tanakh) in reference to the Northern Kingdom or House of Israel (Ephraim) and is repeated by several apostolic writers in reference to the “Gentiles” or “peoples of the nations” (which is the meaning of the Greek word ethnos translated as gentiles). (See Isa 7:8; Hos 1:9; 1 Pet 1:1; 2:9–10.) In Romans 9:25, Paul equates the “Gentiles” with the same people-group to which Hosea makes reference in Hosea 2:23. To whom is Hosea referring in his prophecy? (Read Hos 1:4,6; 4:15–17, chapter 5; 6:10–11; 7:1–11; chapter 8; etc.). Remember that the nation of Israel split into two groups at the time of Jeroboam and Rehoboam: the Northern Kingdom comprised of the ten northern tribes of Israel and referred to in Scripture as Ephraim, House of Israel and Samaria while the Southern Kingdom was known as Judah, the House of Judah and Jerusalem.

Where are these Ephraimites today? The answer can be found in Genesis 48:14 and 16 where the patriarch Jacob is prophesying over the two sons of Joseph: Ephraim and Manasseh. Can you find any clues in these two verses that may point to a religious people-group in existence today on earth? What sign does Jacob make with his arms when placing them on the heads of his two grandsons? Is it coincidental that it is the sign of the cross? Then in verse 16, Jacob recounts his experiences with the Angel or literally Heavenly Messenger who “redeemed me from evil.” This is a reference to Genesis 31:1–11 where, while fleeing from Laban, Jacob’s adversary, he had a dream where the Messenger of Elohim calls himself the El of Bethel (or the El/God of the House of El/God). Who is the Messenger of Elohim who is also a Redeemer? (See Rom 3:24; Eph 1:7; Col 1:14; Heb 9:12.)

Finally, Jacob prophesies that his grandsons’ descendants would grow into a multitude in the midst of the earth. The word grow is the Hebrew word dagah/VDS from which the Hebrew word dag/DS or fish derives. This is why the ArtScroll Stone Edition Tanach translates this phrase as “may they proliferate abundantly like fish within the land.”

The question is then begged, what religious people-group on earth today can be associated with a cross, a Redeemer and a fish? Knowing this will give us a clue as to whom Paul and the other writers in the Testimony of Yeshua (NT) were referring when they equated the “Gentiles” with “a foolish nation” and “not a/my people.”

Deuteronomy 32:26, I will scatter them into the corners. How was this prophecy fulfilled to Israel? Who in Israel was scattered and forgotten? Certainly not the Jews. They were scattered, but not forgotten. 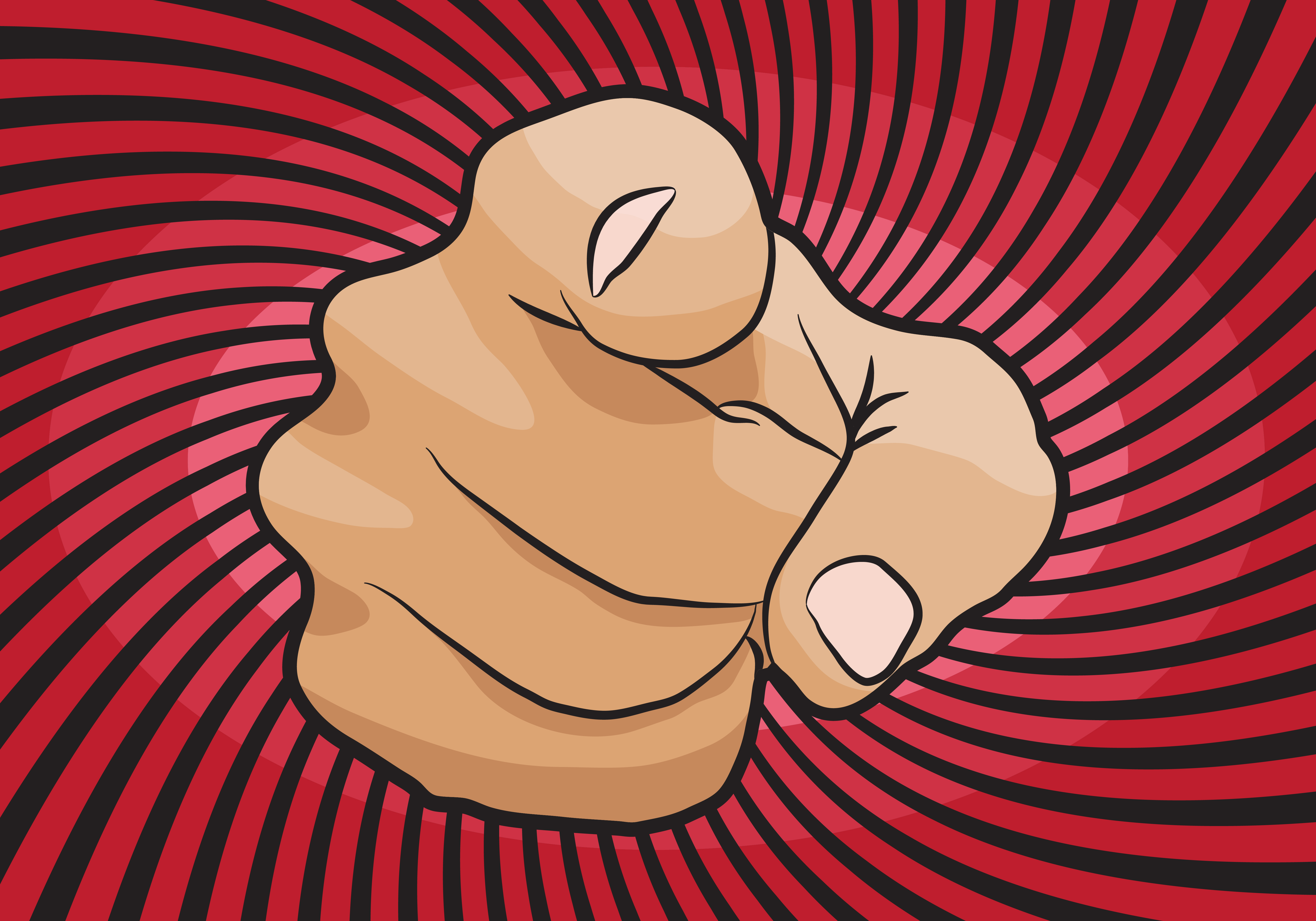 YOU are part of Bible prophecy being fulfilled as your return to the Hebrew roots of the Christian faith. Here’s what the Scriptures have to say about this:

Deuteronomy 30:3, From all the nations to which YHVH … has scattered you. The Scriptures over and over again record that the house of Israel (Ephraim) would be scattered over the face of the whole earth (Ezek 34:6, 12; 36:19; 37:21; John 11:52), and that YHVH will regather them in the end times and return them to the land of Israel (Deut 30:3–5). Deuteronomy 32:26 says, “I said, I would scatter them into the corners …” The ArtScroll Stone Edition Chumash comments, “This refers to the exile of the Ten Tribes, who were scattered to an unknown place where they have never been heard from again.

On the phrase of the same verse, “I would make the remembrance of them to cease from among men. …” the same Chumash states, “This is a reference to the exile of Judah and Benjamin, the Davidic kingdom from which today’s known Jews are descended.” It goes on to say that though nations would seek to destroy Israel entirely, YHVH would never allow Israel to become extinct or disappear. Israel’s perpetual existence is a constant reminder of YHVH’s plan and eventually Israel will thrive and fulfill YHVH’s intention for it” (pp. 1105–1106).

Nineteenth orthodox Jewish scholar S. R. Hirsch in his commentary on the same verse translates the phrase, “I would scatter them into the corners …” as, “I would relegate them into a corner …,” and then says that the Hebrew here refers to the “extreme end of a surface, the side or corner ….” He, too, relates this fate to the Ten Tribes who would be scattered “to some distant corner of the world, where, left entirely to themselves, they could mature towards serious reflection and ultimate return to Me …” (p. 650).

Some in the Christians deny that these Scriptures passages pertain to the ten tribes of the Northern Kingdom of Israel and instead insist that they are speaking about Judah (the Jews) only. They insist that the return of the Jews to the land of Israel starting in 1948 is the fulfillment of these prophecies and the ten tribes of Israel are lost forever. How can this a correct understanding in light of the Scriptures and the Jewish sages interpretations of those scriptures that states again and again that the ten tribes will return at the end of the age to be reunited with the Jews under the reign of Messiah Son of David (Ezek 37:15–28)?

Genesis 48:19, Multitude of nations. Here is what the ancient Jewish sages say about this prophetic verse pertaining to the descendants of Ephraim and Manasseh: