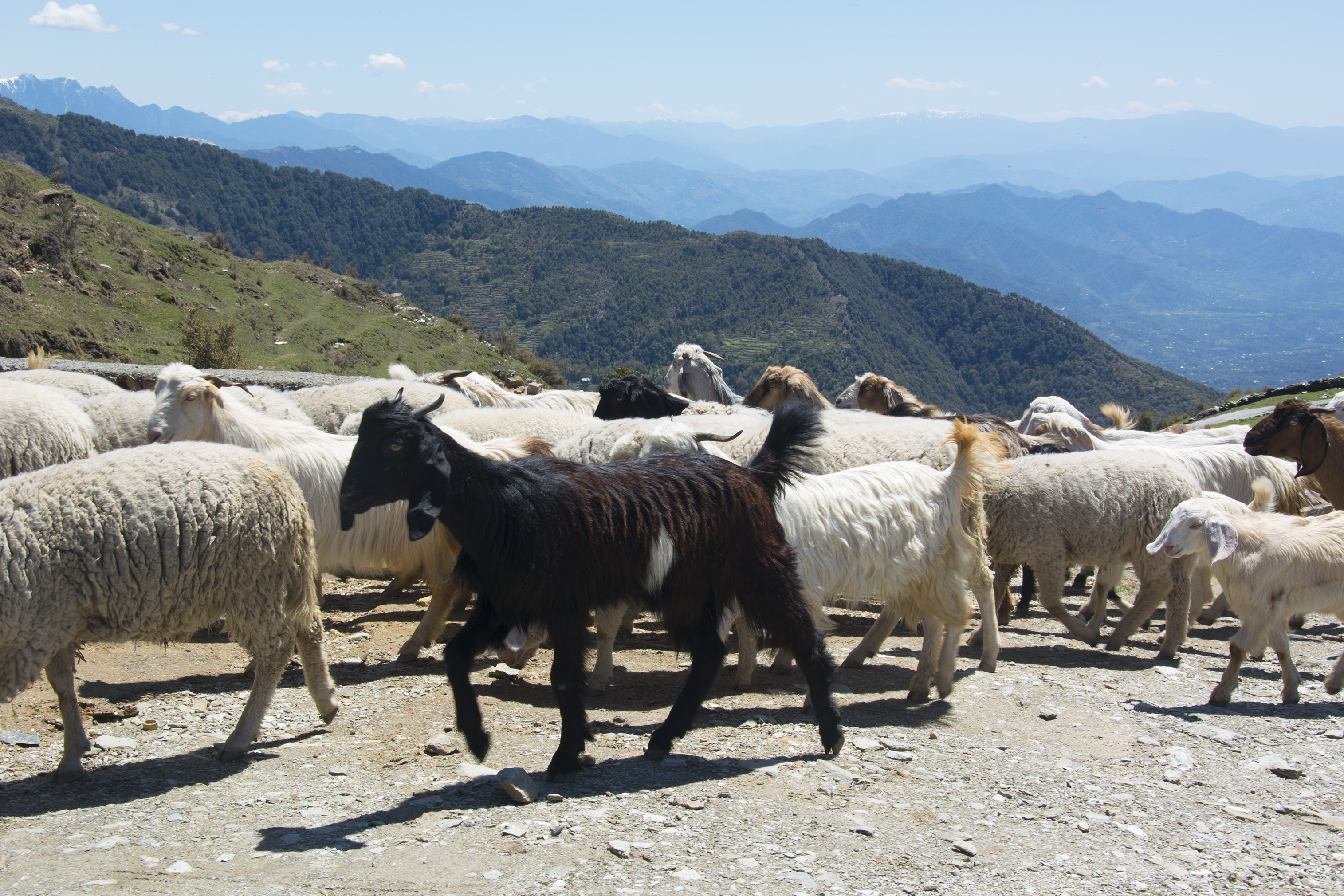 But [Yeshua] answered and said, I am not sent but unto the lost sheep of the house of Israel. (Matt 15:24)

But go rather to the lost sheep of the house of Israel. (Matt 10:6)

And other sheep I have, which are not of this fold: them also I must bring, and they shall hear my voice; and there shall be one fold, and one shepherd. (John 10:16)

Deuteronomy 32:21, I will move them to jealousy with those which are not a people. I will provoke them to anger with a foolish nation. The term not a people is the Hebrew phrase lo-am. Curiously this same phrase occurs in several other references in the Hebrew Scriptures (Tanakh) in reference to the Northern Kingdom or House of Israel (Ephraim) and is repeated by several apostolic writers in reference to the “Gentiles” or “peoples of the nations” (which is the meaning of the Greek word ethnos translated as gentiles). (See Isa 7:8; Hos 1:9; 1 Pet 1:1; 2:9–10.) In Romans 9:25, Paul equates the “Gentiles” with the same people-group to which Hosea makes reference in Hosea 2:23. To whom is Hosea referring in his prophecy? (Read Hos 1:4,6; 4:15–17, chapter 5; 6:10–11; 7:1–11; chapter 8; etc.). Remember that the nation of Israel split into two groups at the time of Jeroboam and Rehoboam: the Northern Kingdom comprised of the ten northern tribes of Israel and referred to in Scripture as Ephraim, House of Israel and Samaria while the Southern Kingdom was known as Judah, the House of Judah and Jerusalem.

Where are these Ephraimites today? The answer can be found in Genesis 48:14 and 16 where the patriarch Jacob is prophesying over the two sons of Joseph: Ephraim and Manasseh. Can you find any clues in these two verses that may point to a religious people-group in existence today on earth? What sign does Jacob make with his arms when placing them on the heads of his two grandsons? Is it coincidental that it is the sign of the cross? Then in verse 16, Jacob recounts his experiences with the Angel or literally Heavenly Messenger who “redeemed me from evil.” This is a reference to Genesis 31:1–11 where, while fleeing from Laban, Jacob’s adversary, he had a dream where the Messenger of Elohim calls himself the El of Bethel (or the El/God of the House of El/God). Who is the Messenger of Elohim who is also a Redeemer? (See Rom 3:24; Eph 1:7; Col 1:14; Heb 9:12.)

Finally, Jacob prophesies that his grandsons’ descendants would grow into a multitude in the midst of the earth. The word grow is the Hebrew word dagah/VDS from which the Hebrew word dag/DS or fish derives. This is why the ArtScroll Stone Edition Tanach translates this phrase as “may they proliferate abundantly like fish within the land.”

The question is then begged, what religious people-group on earth today can be associated with a cross, a Redeemer and a fish? Knowing this will give us a clue as to whom Paul and the other writers in the Testimony of Yeshua (NT) were referring when they equated the “Gentiles” with “a foolish nation” and “not a/my people.”

Deuteronomy 32:26, I will scatter them into the corners. How was this prophecy fulfilled to Israel? Who in Israel was scattered and forgotten? Certainly not the Jews. They were scattered, but not forgotten.

Verses 28–29 say of these people that they are void of counsel and understanding and lacked wisdom. These are all terms relating to the Torah. Who today has forgotten the Torah and says it is “done away with”? Who says that it brings death not life (in contradistinction to verse 47)? Who has inherited (theological) lies from their spiritual fathers (Jer 16:19, read verses 14–21 for context) who say that “the law has been done away”? Will there be a spirit of Elijah move of the Spirit of Elohim in the last days to turn the scattered and backslid children’s heart back to their spiritual fathers and does this involve returning to the Torah of Moses (Mal 4:4–6)? It is interesting to note that The ArtScroll Stone Edition Chumash states that this verse “refers to the exile of the Ten Tribes who were scattered to an unknown place where they were never heard from again” (p. 1105).

It is important to note that the ten northern tribes of Israel or Ephraim, as Scripture often shortened their name to, were scattered over the face of the whole earth after they were taken into captivity by the Assyrians (Ezek 34:6,12; 36:19; 37:21; John 11:52).

In regards to Deuteronomy 32:26 which says, “I said, I would scatter them into the corners …” The Orthodox Jewish The ArtScroll Stone Edition Tanach Chumash comments, “This refers to the exile of the Ten Tribes who were scattered to an unknown place where they have never been heard from again.”

On the phrase of the same verse, “I would make the remembrance of them to cease from among men …” the same Chumash states, “This is a reference to the exile of Judah and Benjamin, the Davidic kingdom from which today’s known Jews are descended.” It goes on to say that though nations would seek to destroy Israel entirely YHVH would never allow Israel to become extinct or disappear. Israel’s perpetual existence is a constant reminder of YHVH’s plan and eventually Israel will thrive and fulfill YHVH’s intention for it (pp. 1105–1106). Hirsch in his commentary on the Pentateuch on the same verse translates the phrase, “I would scatter them into the corners …” as, “I would relegate them into a corner” and then says that the Hebrew here refers to the “extreme end of a surface, the side or corner …” He, too, relates this fate to the ten tribes who would be scattered “to some distant corner of the world, where, left entirely to themselves, they could mature towards serious reflection and ultimate return to Me …” (p. 650).

3 thoughts on “Who are the lost and scattered sheep of Israel?”