One clue to answer the question: It’s not the Jews! 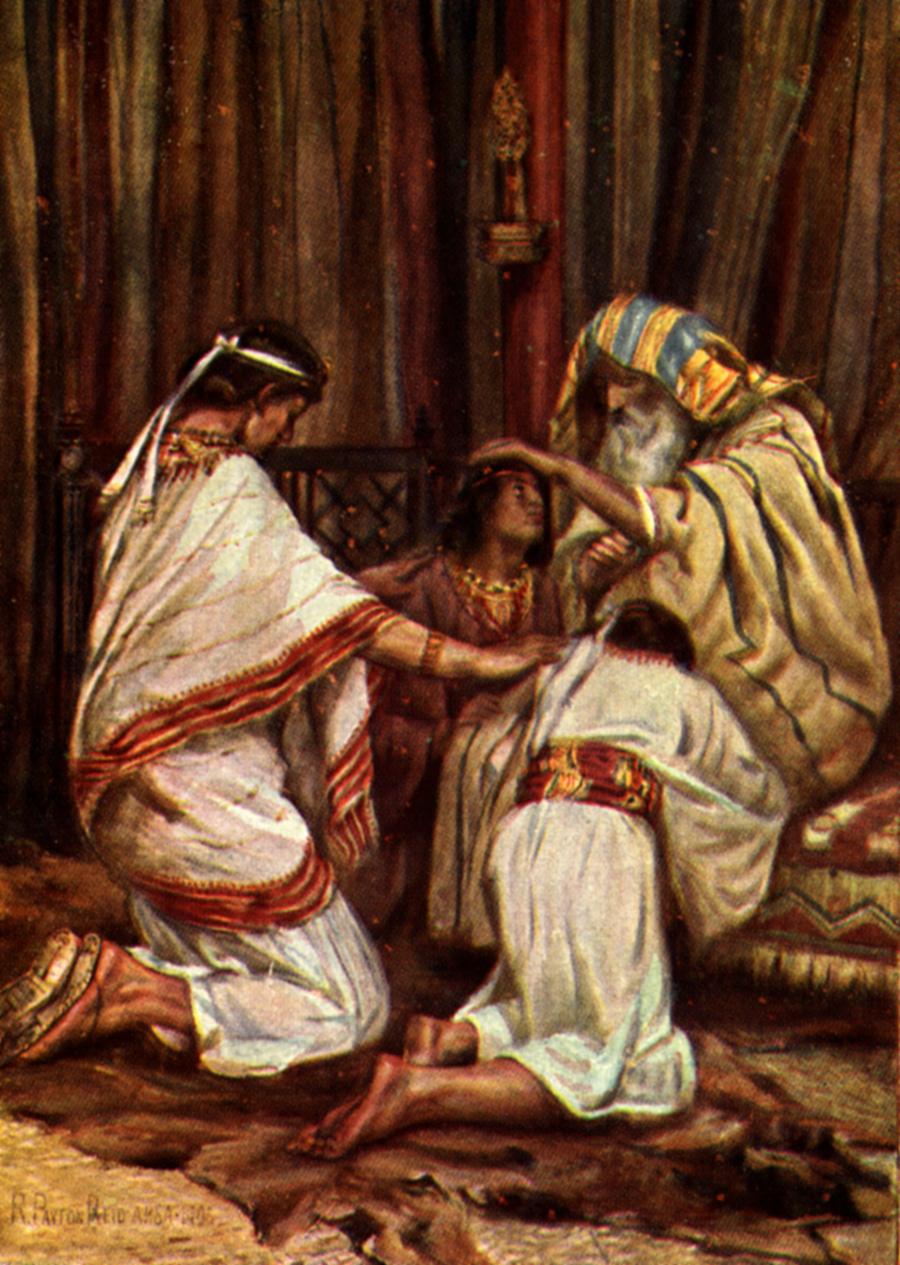 Genesis 46:14 and 16, Jacob’s Prophecy Over Ephraim and Manasseh

While prophesying over Joseph’s sons, Ephraim and Manasseh, Jacob crossed his hands over their heads making the symbol of the Paleo-Hebrew letter tav  (like the letter t or x in the alphabet), which resembles a cross and in that ancient Hebraic script and according to some Hebrew scholars pictographically means “sign of the covenant.” Jacob then spoke of the Heavenly Messenger (the Hebrew word malak mistranslated as “angel” in most Bibles) of YHVH (i.e. the preincarnate Yeshua) who had redeemed him from all evil (see Gen 31:11–13). Jacob then prophesied that the descendants of Ephraim and Manasseh would become like “fish in the midst of the land” (literal translation of Gen 48:14–16; see The ArtScroll Stone Edition Tanach).

In light of this prophetic symbolism, which present day religious group would qualify as having fulfilled Jacob’s prophecy as to who the descendents of Ephraim and Manasseh would be? Which religion on earth uses the fish as their symbol, speaks of a Messenger from YHVH as their Redeemer, and has the sign of the Paleo-Hebrew letter tav, which looks like a cross? The Buddhists? The Moslems? The Hindus? Even the Jews? No! Only Christianity fits this enigmatic criteria. Many Christians are without a doubt the literal descendants of Ephraim and Manasseh. Those who are not, according to the Paul the apostle, once they come to saving faith in Yeshua in some unique sense become the descendants of Abraham (e.g. Gal 3:7, 29). Many of these unsaved descendants of Abraham will recognize Yeshua their Messiah on the day that he returns to Jerusalem (e.g. Zech 12:10).

Which nation on earth is without a doubt still the greatest Christian nation? It is the United States of America. Having an understanding of how Jacob’s prophecy to Ephraim and Manasseh was fulfilled is the first piece of the puzzle in identifying America in Bible prophecy.

33 thoughts on “Who are the modern descendants of Ephraim and Manasseh?”