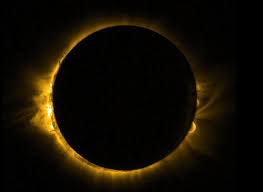 The biblical feasts are calculated based on the lunations of the moon. They YHVH’s plan of salvation to show man the way to Yeshua who is spiritually the Greater Light as represented by the sun. The feasts are like a tract or sermon by which the saints preach the gospel message of salvation to the world. The saints as the lesser light reflect the message of salvation through Yeshua the Greater Light into the darkness of this world through their adherence to the biblical feasts. This is why the moon — the lesser light — is so pivotal to YHVH’s calendar and feasts.

Judah’s calendar is off; it’s not in accordance with the moon. It claims to be, but it’s not. At the same time, they’re not bring the gospel message of Yeshua to the world — only the doctrines of men and men’s traditions. Their whole message is askew and fails to reflect the Greater Light of Yeshua.

Similarly, the mainstream church tries to preach the gospel, but without understanding the moon, feasts and biblical calendar their message of the gospel is only a partial one and is also off.

A time may come in the future when the calendar and feasts will go off the sun and not the moon. This may occur when there is a new heaven and a new earth when Yeshua is ruling on this earth and he will be the only Light of the world. That time isn’t yet, though, for it’s still the saints’ job as the lesser light to be like the moon to reflect the truth of Yeshua, the Greater Light, to this world through a lunar-based calendar and the biblical feasts.

Elohim made two great lights to shine in the darkness—the sun (the greater light) and the moon (the lesser light) (Gen 1:16). The sun is a spiritual picture of Yeshua whom the Bible calls the Light of the world (John 1:9; 8:12), the Sun of Righteousness (Mal 4:2), whose face shines like the sun (Rev 1:16), and who will be the light of the New Jerusalem replacing the physical sun (Rev 21:23).

But who does the moon represent in this spiritual picture? If the sun is a picture of Yeshua, the Light of the World, then who has been tasked with the responsibility of reflecting Yeshua’s light into the spiritual darkness of this world? Of course, this is the job of the saints who Yeshua called to be a like light on a hill (Matt 5:14), or a menorah lamp stand (Rev 2:1).

Now think about this. Although the moon is a quarter of a million miles from the earth, because it has no atmosphere to absorb the sun’s light, it is able to reflect the sun’s light to this earth so that a person is able to see in the darkness of night. The amazing thing is that the moon’s surface isn’t a polished mirror. Rather, it’s a dull rocky surface. Not only that, it’s not even flat. It’s pockmarked—covered with huge craters, mountains, valleys and canyons. With such an uneven, gray and nondescript surface, it seems miraculous that it’s even able to reflect any light at all, much less all the way to the earth! This speaks to the unimaginable power of the sun to throw its light such a great distance through space and then to ricochet it off the moon earthward even though the moon’s surface is anything but reflective.

The moon is a perfect picture of each of us. We are nondescript in appearance, possess rough natures, stony hearts, gray dispositions, barren of spiritual fruit, possessing no power of our own, pockmarked by sin, covered by mountains of human pride, and etched with canyons of guilt and shame. In truth, YHVH has not chosen many wise or noble people to reflect the light of his Son, Yeshua, the Sun of Righteousness, but instead he has chosen the weak, foolish, despised and base things of this world to put to shame the things that are wise (1 Cor 1:26–28). As the lesser light, like the moon is to the sun, YHVH has called the saints to be his sons of light (Luke 16:8; John 12:36; Eph 5:8; 1 Pet 2:9) to shine the Light of Yeshua into the midst of a crooked and perverse world (Phil 2:15).

Since Yeshua has called us out of spiritual darkness into his marvellous light, let us embrace and demonstrate the fact that he calls us a chosen generation, a royal priesthood, a holy nation and his own special people by being ready and quick to proclaim his praises to everyone everywhere every time (1 Pet 2:9)!

The word glory in this verse means “majesty, excellence, dignity” as well as “the splendor or brightness of the stars.” Perhaps Paul’s statement in 1 Corinthians 2:9 makes more sense in this light.

But as it is written, Eye hath not seen, nor ear heard, neither have entered into the heart of man, the things which God hath prepared for them that love him.

Hopefully this word of encouragement from the Word of Elohim will help to brighten your day.