John 14:12, Greater works. Works is the Greek word ergon, and is the generic word meaning “deeds, acts, business, employment, or occupation,” and isn’t confined to just miraculous deeds. Throughout his ministry, Yeshua did many great works. He occupied each of the five-fold ministry offices (apostle, prophet, evangelist, shepherd and teacher, Eph 4:11), and performed all nine gifts of the Set-Apart Spirit (wisdom, knowledge faith, healing, miracles, prophecy, discerning of spirits, tongues and interpretation of tongues) were at his disposal if and when he needed them.

What are the greater works that his disciples and those who would follow in their footsteps  down through the ages would do?

Luke 1:41–45, When Elizabeth heard. During this greeting, Elizabeth had a spiritual encounter that helped her to connect the dots to understand what was going on in YHVH’s divine plan for John and Yeshua.

By now, it is likely that Zechariah would have revealed to her the angel’s previous message (vv. 13–17). Now when the babe leapt in her womb at Mary’s arrival, and she was filled with the Spirit (a visceral experience), and then prophetic words came out of her mouth, this was evidence and confirmation to both Elizabeth and Zechariah of YHVH’s plans for their son.

YHVH has supernatural ways of conveying his divine will to his people, so that only people of faith will see and understand his ways and his plans for their lives. All others, unless confronted with visible signs and empirical evidence (as verified by logic, or observable evidence or experience), will dismiss these spiritual revelations and circumstances as delusion.

Even when signs and miracles occur, it is unlikely that the hard hearted unbeliever will even then believe YHVH. This was often the case with the children of Israel and many who saw the miracles surrounding Yeshua’s ministry.

In the face of supernatural occurrences, sadly and to their own detriment, the unbelievers usually resort to mockery and to scoffing ridicule. Those, on the other hand, who walk by faith and hear the voice of YHVH and know his ways of communication and will remain undeterred, will have their faith strengthened, and will follow Elohim wherever he leads them.

Luke 13:12, Woman…spirit of infirmity. Sometimes Yeshua healed people who neither asked for it, nor evidenced faith to be healed simply that the glory of YHVH might be manifested.

From time to time, we hear of miraculous healings and divine interventions that saved people’s lives occurring for no apparent reason.

It seems that occasionally YHVH likes to stir the spiritual pot of human affairs just to draw men’s attention to him. He pulls back the curtain between heaven and earth a bit to reveal himself to humans. This not only brings glory to his name, but serves to raise men’s hopes a bit by pointing them to the fact that there is an Elohim who is sovereignly and who is orchestrating things behind the scenes and who cares about humans. 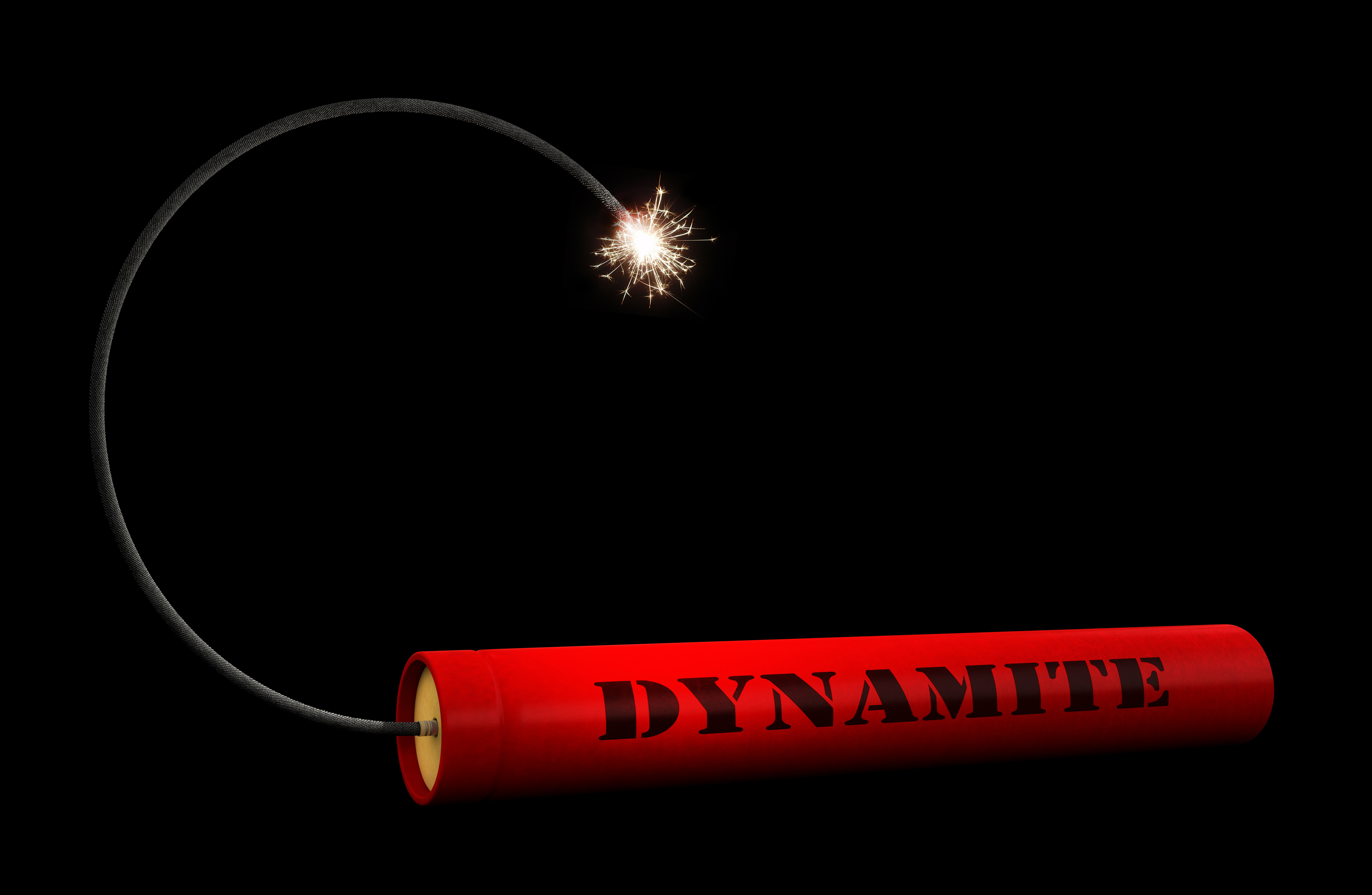 Luke 5:17, The power [Gr. dumanis] of YHVH was present. Sometimes the power of YHVH is present to heal people, sometimes it is not. There are many factors that determine this such as the sovereign will of Elohim, the faith of the individuals performing or receiving the healing, repentance of sin or the lack thereof, whether one is a saint or not and many more of which we may or may not be aware in our limited understanding of the spiritual dimension where Elohim operates.

Let’s explore the healing activities of Yeshua. The Greek word dunamis means “strength, power, ability” or as often used in the Testimony of Yeshua, “miraculous power.” (In fact, our English words dynamic, dynamo and dynamite originate from this Greek word.) This is an interesting statement pertaining to the dynamics of Yeshua’s healing activities. Did Yeshua heal all people all the time, or only when the power of Elohim was present for him to do so? This verse, at least in this case, would indicate the latter. Elsewhere, we read that Yeshua “healed many that were sick” (Mark 1:34), but not all that were sick. On other occasions, the Gospels record indicates that Yeshua did in fact heal all the sick who were brought to him (Matt 4:23–25; 9:35; Luke 6:19).

The Gospels reveal some other interesting facts about Yeshua’s healing activities that we often pass over. On at least one occasions, Yeshua prayed to heal someone and they were only partially healed. After he prayed for them the second time, they were completely healed (Mark 8:22–25). Often Yeshua healed people after he was “moved with compassion [love and pity]” for someone who was sick (Matt 14:14; Mark 1:41; Luke 7:13–15). The Greek word for compassion, literally means “to be moved in one’s bowels,” or in the deepest areas of one’s emotions. Some people simply touched Yeshua’s clothing as he was walking by, and the miraculous power (Gr. dunamis) of Elohim flowed from him and healed them (Matt 9:20; Mark 6:56; Luke 8:44 cp. Luke 6:19).

Elsewhere, it appears that Yeshua’s healing activities were hampered by the presence of those who ridiculed him and exhibited doubt and unbelief, which is why, on one occasion, he put the unbelievers out of the room and closed the door behind them when he raised the little girl from the dead (Mark 5:40–42). Similarly, in his hometown of Nazareth, Yeshua “could do no mighty works there” except for healing a few sick people, “because of their [the townspeople’s] unbelief” (Mark 6:5–6; also Matt 13:58). Matthew’s account adds that the people of Nazareth were offended (literally, scandalized) by Yeshua, or that they stumbled over (or judged unfavorably, distrusted) Yeshua. Because of their low esteem for him, they lacked the faith to receive healing, which is why he healed so few people in that town.

When in doubt, always look for an opportunity to pray for a sick person. Before praying, one must discern the situation. Does the person have faith to be healed? Is the anointing or Presence of YHVH is there to heal the person? How is the Spirit of Elohim directing one to pray? Sometimes we sense the need to pray more authoritative prayers, other times, more pleading or intercessory prayers, and still other times prayers of agreement while asking for the healing.

What’s more, prospective converts and new believers tend to have their prayers for healing answered more quickly, since this is a demonstration of the signs Yeshua promised that would follow the preaching of the gospel. The saint can be healed, but often this will occur after having their faith stretched and refined. Therefore, the healing often takes longer to receive.

Exodus 8:18, But they could not. The Egyptian magicians were able to replicate in some similitude the first two plagues, but not the third plague, or any more from this point on. This teaches us two things. Satan’s is able to imitate YHVH’s miracles only to a point. Beyond that, his powers are limited. 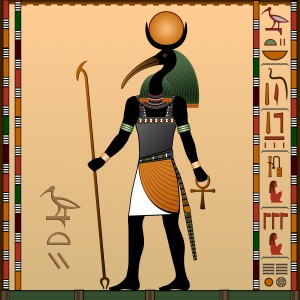 Moreover, the magicians were able to bring two plagues on, but they were not able to reverse the plagues. Only YHVH through Moses and Aaron were able to accomplish this feat.

There comes a point that even the enemies of Elohim have to admit that “this is the finger of Elohim” (v. 19). When YHVH involves himself in the affairs of men, there is no doubt about it. It becomes evident even to his enemies.

I was wondering if you knew what the sages had to say about the 3 signs Moses was given by God to authenticate his ministry. God could have chosen rainbows, butterflies, and the Hallelujah chorus to send back with Moses. Instead He chooses a poisonous snake, leprosy, and water into blood. To me these signs all speak of rebellion, sin, and death.

Here are my thoughts:

Exodus 4:3, Serpent. A serpent can be a biblical metaphor for Satan or demonic powers (e.g., Gen 3:1; Luke 10:19 cp. 9:1 and Mark 16:18; Rev 12:9; 20:2). Pharaoh as ruler over Egypt (a metaphor for this world) was a type of Satan who is the ruler of this world. A rod or a staff can be a biblical metaphor for power, authority, rulership or judgment (Gen 38:18; Exod 4:17, 20; Ps 2:9; Rev 19:15). In this verse, it seems evident that YHVH was giving Moses authority over the powers of Satan and his forces. When Moses cast down his rod, it became a serpent, and Moses was immediately able to assume control over the serpent at will for the purposes of advancing YHVH’s spiritual kingdom. This seems to have been YHVH’s way of showing Moses that he was giving him supernatural authority over Pharaoh (Satan) in fulfilling his divine commission to liberate the children of Israel. The staff changing into a serpent reminds us of the authority Yeshua gave his disciples to cast out demons and to heal diseases (Luke 9:1; 10:19; Mark 16:15–18). Furthermore, YHVH instructed Moses to construct a bronze serpent and place it on a pole so that when the Israelites looked on it, they were healed of the bites of the fiery serpents (Num 21:8). The serpent represents sin, since it is Satan the serpent who introduced sin to man in the Garden of Eden, which brought upon man the curse of death. Yeshua took that curse on himself when he was lifted up on the cross of judgment as Moses lifted up the bronze serpent in the wilderness (John 3:14). Yeshua defeated Satan the serpent at the cross, even as Moses’ serpent defeated the serpents of the satanic Pharaoh’s magicians.

Exodus 4:6, Put your hand in your bosom. This second sign was to demonstrate Moses’ authority over sickness, disease and sin. Leprosy is as biblical metaphor for sin and the fact that it’s highly contagious (Lev 13–14). Only the Yeshua’s death on the cross can heal men of this spiritual disease as the Torah’s cleansing ritual for leprosy metaphorically points to (Lev 14:4–7).

Exodus 4:9, Blood on the dry land. This was the third sign or witness that YHVH gave Moses as confirmation of his divine commission. The Scripture instructs us to confirm things in the mouth of two or three witnesses (2 Cor 13:1). The Nile River and god to the Egyptians and was the source of much of Egypt’s economic wealth, since it watered that country’s crops. Bringing the judgment of death upon the Nile’s waters was a judgment against one of Egypt’s gods and its economic might.

Exodus 4:3–9, A summary. The three signs that YHVH had Moses perform to Pharaoh were merely warning shots against a wicked and unrepentant nation instructing them to submit to YHVH’s will. YHVH was telling the Egyptians that if they refused to obey his prophet, he would unleash demonic spirits, plagues of sickness and economic destruction on that nation. These are YHVH’s judgments against a nation that refuses to repent. Of course, Egypt refused to obey YHVH, and so he not only brought these judgments against Egypt, but much more, such that Egypt was totally destroyed. The same fate befalls the Mystery Babylon the Great worldwide system of the end times as we read about in the Book of Revelation.

When the voice came from heaven confirming Yeshua, some heard the voice of Elohim, while others only thought they heard thunder. Why did some people hear YHVH’s voice, and others didn’t? Do you see the miraculous hand of Elohim moving in your life? If not, why not? This video addresses this question.