First of all, there is no Sanhedrin today to tell us these things.

Secondly, in Matthew 16:17–19, Yeshua clearly transferred to his apostles—the church leaders of that time—the authority of the Jewish Sanhedrin (and its subsequent rabbinical authority or “Jewish legal tradition”) to make binding ruling and decisions about spiritual matters pertaining to his kahal (congregation or church).

This authority would include making determinations about the biblical calendars.

No longer, does the kahal (church) of Yeshua have to wait for a Jewish Sanhedrin to form to tell them how to follow the Word of Elohim with regard to the biblical calendar or any other subjects for that matter. Yeshua here permits and empowers the spiritual leaders of the saints to simply teach and do what the Bible says, and heaven will honor or endorse their decisions (called “binding” and “loosing” or “forbidding” and “permitting”)! That’s what Yeshua says in Matthew 16:19, and this is exactly what his apostolic leaders did in Acts 15 at the first apostolic counsel.

What would be the purpose of remitting someone’s past sins (assuming that one has the authority to do so)? By asking heaven’s court to forgive a person’s sins, this could possible open the doorway to salvation to them by lessoning the burden of sin and the guilt, shame, hopelessness, depression and fear that comes with sin. With these burdens removed by which the forces of darkness keep them imprisoned to their sin, they might actually come to see the light of Yeshua and be set free and come to salvation.

Similar to the binding and loosing scriptures (Matt 16:19 and 18:18), in John 20:23, Yeshua is giving his disciples judicial authority to declare a person innocent or guilty (i.e. bound or loosed) of the charges made against him by someone else. This seems to go hand-in-hand with Yeshua giving his apostolic disciples the keys of the kingdom (Matt 16:19) as his spiritual authorities and representatives on earth to make decisions with regard to legal scriptural matters and to render legal decision in church matters. Moreover, Yeshua also gave his disciples authority  and power over demonic forces and Elohim’s enemies (Luke 9:1; 10:19), including over sickness and disease (Mark 16:17–18).

Loose as used in the Matt 16:19 and Matt 18:18 is the Greek word deo meaning “to bind tie, fasten, to bind, fasten with chains, to throw into chains, being bound by Satan or his demons, put under obligation of the law, to be bound to one, a wife, a husband, to forbid, prohibit, declare to be illicit.” The counterpart to binding is loosing, which is the Greek word luo meaning “to loose any person (or thing) tied or fastened, to loose one bound (i.e. to unbind, release from bonds, set free), to loosen, undo, dissolve, anything bound, tied, or compacted together.

The concept of  binding and loosing was also a first century Jewish colloquial expressions relating to correctly or incorrectly interpreting the Torah. If the Jewish legal scholars believed that a person was incorrectly interpreting the meaning of a Torah law or one of the traditions of the elders, they accused him of breaking or loosening (luo) the law or making it less binding or less strict (deo). This was the case when Yeshua picked some grain to eat on the Sabbath in John 5:18.  The NKJV and most English translations of this verse incorrectly state that “he broke the Sabbath.” This is a misleading, faulty and unfortunate translation of the Greek word luo. It is unthinkable and unscriptural that the perfect Yeshua actually sinned by violating the fourth commandment. In reality, he loosened the Jewish extra-biblical legal restrictions that forbad anyone from picking a handful of grain on the Sabbath to eat—something the Torah doesn’t consider work (as opposed to harvesting a field of grain), and thus doesn’t forbid. Luo in this sense may possibly be read into Matt 5:19, John 7:23, and 10:35 as well.

Ezekiel 37, The Reunification of Israel and The Return of the Messiah. Before we start studying this passage, let’s identify and define the key players who are mentioned in Ezekiel 37. They are: 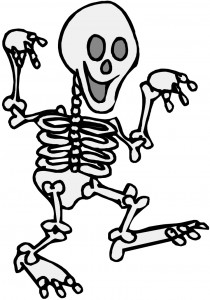 Ezekiel 37:1–14, The vision of the valley of dry bones. Ezekiel 37 continues where chapter 36 left off by giving us two prophetic visions focusing on the (spiritual) rebirth and reunification of the nation of Israel. The first part of the chapter recounts Ezekiel’s vision of the Valley of Dry Bones, while the second half of the chapter is his vision of two sticks or trees being reunited and becoming one tree.

Both prophetic visions concern the same people: the whole house of Israel comprised of END_OF_DOCUMENT_TOKEN_TO_BE_REPLACED

At this time of year, we think of the birth of Jesus (Yeshua). Most people who are knowledgable know that he wasn’t born in December, but in the early fall. But nine months before this puts us at the end of December when Yeshua was conceived — when the life of our Savior began in Mary’s womb. It was at this time that the heaven-sent Yeshua miraculously pierced the spiritual darkness of the this world at the darkest time of the year. This divine spark of life in the womb of a woman would become the spiritual light of this world to lead men out of the darkness of sin and evil and to the supernal light of his Father, Elohim, and to eternal life.

Whether you celebrate the birth of the babe in the manger in December or in the fall, Yeshua’s arrival is still heaven’s ultimate love gift to humanity as John 3:16 says. “For God so loved the world that He gave His only begotten Son, that whoever believes in Him should not perish but have everlasting life.” Please stop for a moment and quiet your heart and mind to reflect on the significance of this momentous event that occurred in the tiny town of Bethlehem some 2000 years ago.

For years since I was a child, my mind fully believed what the Bible tells us about the birth of Yeshua. But it wasn’t until years later, as an adult, that while I was alone one night and quietly seeking Elohim, that the revelation of the priceless nature of Elohim’s love gift to me literally pierced my heart like a lightening bolt from heaven. As a result of this supernatural revelation and an overwhelming sense of Elohim’s love that accompanied it flowing END_OF_DOCUMENT_TOKEN_TO_BE_REPLACED