With Elohim, all things are possible if we keep our eyes on Elohim and are led of his Spirit! Even a shipwreck can be a blessing and help expand the kingdom of Elohim…

Acts 27:1–44, Sail to Italy. When one is in the perfect will of Elohim, things work out if we hear and obey the Word and Spirit of Elohim.

At the beginning of the voyage, in the eyes of the secular leaders onboard the ship, Paul was merely another typical prisoner. By the end of the trip, he was now, in fact, advising the leaders and the de facto captain of the ship.

This is because Paul feared, heard and obeyed the Spirit of Elohim, was neither timid nor ashamed to share his faith and what the Spirit had revealed to him with those leaders. This earned Paul and, by default, Elohim respect and credibility in the eyes of the secular leaders putting Paul and Elohim in charge of the situation. In this way, the reality and Presence of Elohim was witnessed to the world around Paul, and Elohim was glorified.

From Paul’s example, we learn how to turn a difficult situation in a secular setting and use it as a witnessing tool for YHVH’s glory. Because Paul heard and obeyed the Spirit, he and the others were spared death.

Acts 21:23–27, Vow.  When Paul offered a sacrifice, is this  proof that the sacrificial system is still in force today, even after the death of Yeshua the Messiah on the cross? Some people say yes despite what the writer of Hebrew’s lengthy discussion about how Yeshua’s death replaced the sacrificial and Levitical systems (Heb chapters 8–11; 10:10).

The rituals that Paul and his fellow Israelites did in Acts 21 actually fits the description of one who is coming out of a Nazirite vow (see Num 6:1–21). This was a sin offering and was the only way that the Torah allows one who has taken a Nazirite vow legally to terminate his vow to Elohim. A sacrifice was to be made at the door of the tabernacle (later the temple) by a priest.

Today, one can’t technically do a Nazarite vow, since there is no way legally to come out of it unless, of course, one stays a Nazirite until he dies. This is because there is no tabernacle or temple, and there is no Aaronic priest who is available to make the sacrifice. However, in Paul’s day, the priesthood still existed, and the temple still stood.

Why would Paul involve himself in a sin-sacrifice in Acts 21:24 after the death of Yeshua? We mustn’t read too much into the text. It is true that coming out of a Nazarite vow involved a sin offering. However, Acts doesn’t say that Paul was coming out of his own Nazarite vow. What the text says is that he was acting as a wealthy patron—an act of charity—for four individuals who, presumably were unable to afford the costs of paying for the necessary sacrifices to exit a Nazarite vow.

Admittedly, this is a perplexing passage. None of the Bible commentaries I examined on this text could give an adequate explanation as to why Paul would involve himself in this particular ceremony to prove to the Jerusalem mob that he was Torah-observant. The Acts text just doesn’t give us enough background information on the subject. One thing seems certain though. Paul was not making a sin offering for himself. His paying for the sacrifices of the Nazarites seems to have been a public relations gesture to appease those in the Jewish mob who were slandering him. It is a logical overreach and reading into the text to take Paul’s act of charity as him making a doctrinal statement favoring the continued validity of the sacrificial system after the death Yeshua, especially in light of what the other apostolic writers had to say about Yeshua’s fulfilling that system by his death. Certainly, the writer of Hebrews makes this point abundantly clear.

Acts 5:1–11, The deaths of Ananias and Sapphira. Why did YHVH kill them? They committed the unpardonable sin in that they willfully and in a premeditated plot lied to the YHVH. There is no sacrifice or forgiveness for willful sin. YHVH was showing us that even in the age of the New Covenant, his grace doesn’t cover willful sin. Let us all fear YHVH Elohim and tremble before him all the time!

Some scholars suggest that YHVH killed them because they violated the Torah laws regarding the handling of devoted things, for which there was a death penalty (Lev 27:28–29). Perhaps so.

Whatever the case, it’s interesting to note that YHVH struck Ananias and Sapphira dead after the cross in, what many Christians call, the dispensation of grace era when, in their minds, sin doesn’t carry the same severe penalty us under “old covenant,” law of Moses era. What we learn from this is that YHVH still views sin as sin, and the wages of sin is still death (Rom 6:23). This has never changed before or after the cross of Yeshua.

Just because one isn’t struck dead immediately upon having sinned doesn’t mean one hasn’t incurred the death penalty. That death penalty is only waived when one repents of their sin and asks for YHVH’s forgiveness through faith in Yeshua whose death paid the death penalty price for our sins.

Likely, such divine judgments still occur in our day more frequently than we realize. It may not involve the death of the individual, but rather sickness, demonic attacks, financial setbacks and other adversities that occur to us. The problem is that because of human pride and spiritual deafness and blindness, most people fail to recognize the cause of their problems. We attribute them instead to random circumstances and time and chance instead of to YHVH’s hand of judgment against us because of our sin, which we fail to recognize and repent of.

Paul addresses this issue in 1 Cor 11:27–32 with regard to those who eat of the communion elements in a careless or indifferent manner.

Therefore whoever eats this bread or drinks this cup of the Lord in an unworthy manner will be guilty of the body and blood of the Lord.

But let a man examine himself, and so let him eat of the bread and drink of the cup.

For this reason many are weak and sick among you, and many sleep.

For if we would judge ourselves, we would not be judged.

But when we are judged, we are chastened by the Lord, that we may not be condemned with the world. 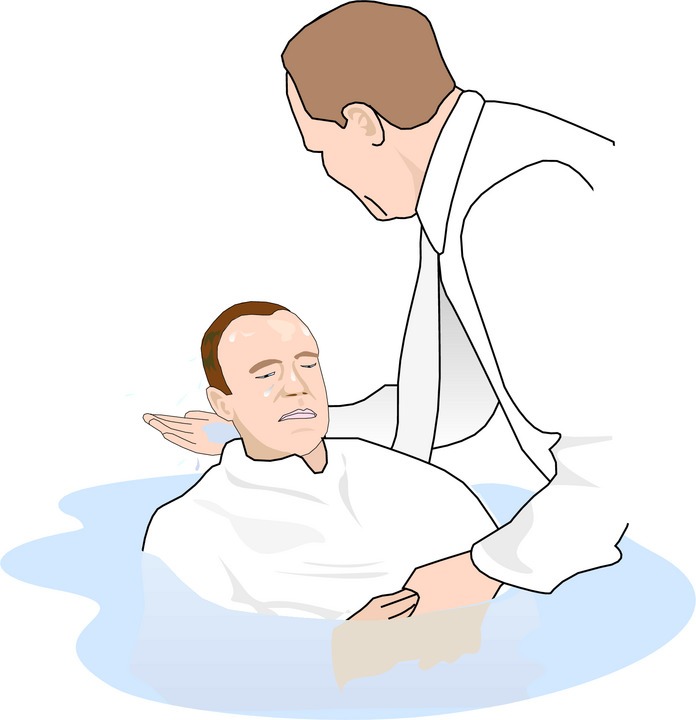 Acts 2:23, Be baptized. (Also see notes at Matt 28:19.) The term baptism in Hebrew is tevilah meaning “immersion” which occurs at a mikveh meaning “a gathering of waters.” For those coming from a Christian background baptism is something that occurs at the beginning of a believer’s spiritual walk and involves baptism (immersion) in water for the remission of sins (Acts 2:38; 22:16; Rom 6:3–6; 1 Cor 15:29; Gal 3:27; Eph 4:5; Col 2:12; 1 Pet 3:21). Yet the Paul the apostle talks of baptisms (plural) in Heb 6:2. Evidently, in Jewish thought immersion for the remission of sins is but one of many such ritual immersions.

Moreover, the prophet Ezekiel speaks of YHVH sprinkling his people to cleanse them from their impurities, which is a picture of the new spiritual life of which immersion is e a type (Ezek 36:25).

This is a long read—good for a Shabbat afternoon! But it’s important to know the historical facts. Knowing this truth will help us to better understand the background of the NT church and how the early second century church cut itself off from its Hebraic spiritual roots in so many way.— Natan

What is called Christianity today in many ways is very dissimilar, and in many respects, outright antagonistic to the religion of the first-century, book of Acts believers. How did this come to be?

What’s more, the book of Acts records that both Stephen and Paul were falsely accused of teaching that the laws and customs of Moses were nullified, and, as a result of this false accusation, both lost their lives defending Torah-obedience.

A hundred other examples could easily be given showing how the Christian church has veered away from the Hebrew or Jewish roots of its faith, but hopefully, the reader gets the point.

So what happened to cause Christianity to veer so widely from the Hebrew or Jewish roots of its faith and to arrive at the place where it hardly resembles that religious faith from which it sprang? This is not an easy question to answer since one must look back nearly 2000 years and attempt to reconstruct the times in which our spiritual forefathers lived. Moreover, we must understand what was transpiring politically, religiously, and socially at the time to answer this question properly. It is also imperative that we understand the contextual social and linguistic fabric, the backdrop of history, and the parade of political END_OF_DOCUMENT_TOKEN_TO_BE_REPLACED

Acts 17:24–32, Paul’s model for one-on-one evangelism. In Paul’s encounter with the Greek philosophers on Mars Hill, he uses the five step evangelistic approach that Yeshua used as recorded in his encounter with the rich young ruler in Mark 10:17–22). This five-step approach is as follows:

Paul first establishes the character and nature of the one true YHVH Elohim who is the Creator of all things and man should seek him, for man owes all to him (vv. 24–28).

Then Paul shows how the Greeks have not been following the true Elohim, but have been sinning by worshiping false gods (i.e., idolatry), which is a violation of the Torah (v. 29).

Next, Paul further alludes to the Torah by establishing that Elohim’s divine nature or character (which is revealed in the Torah) transcends idols, material possessions or anything else devised by men whether artistic or philosophical in nature (v. 29). These things were the chief false gods of the ancient Greeks, for which Paul was taking them to task.

Paul then tells the Greeks that Elohim is calling men to repentance for ignorantly following man-made idols and philosophies, (which is sin, or Torahlessness, 1 John 3:4) (vv. 30–31).

From this evangelistic encounter, Paul gained some converts (v. 34).