The Torah comes in a lot of man-made  packages that tend to obscure the true essence of Torah as presented in the Scriptures. This is what I call toxic Torah. Here are a few examples of toxic Torah-packages being promoted today in the Messianic or Hebrew Roots Movement: 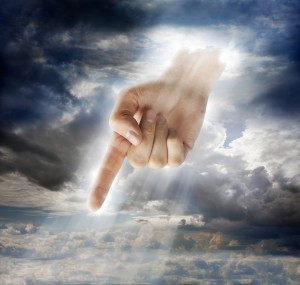 Torah Legalism (modern day Pharisees) — The modern day Torah police, like the Pharisees of old, are heresy hunter, nit-picking legalists who place more emphasis on the letter of the law and the dos and don’ts of the Torah then on the spirit of the law and the gospel message as presented by the Torah-obedient apostolic writers. They judge everyone else on the basis of their interpretation of the Torah and demand that everyone else come up to their level of righteousness.

Torah Terrorists — Every other word out of these folks’ mouth is “Torah.” They want everyone to come into perfect Torah obedience immediately. Torah is the answer to everything. The gospel message of Yeshua, who is the Living Torah of Elohim incarnate, and by who’s help we’re able to do the Torah, is often kicked “to the back of the bus” or is almost non-existent.

Humanistic Torah — In this case, traditions and doctrines of men are exalted over the word of Elohim. Sometimes Jewish or rabbinic traditions are more important than obedience to the actual Torah-word of Elohim.

Torah Lite — This is a window dressing Torah-obedience where the light duty stuff of Torah such as observing some of the fun biblical holidays, dancing around the Torah scroll while doing some Jewish liturgy mixed with some other Jewish traditions along with a love for the Jewish people and the land of Israel is done in place of actually living a Torah-submissive lifestyle.

The Torah idol of intellectualism — There are many who learn about Torah through worshipping  at the idol of intellectualism. These folks place a greater emphasis on studying the jots and tittles of the Torah (e.g., Paleo-Hebrew, gematria, the mystical and esoteric aspects of Torah, rabbinic head knowledge, and the minutia of Torah’s details) then they do the weightier matters of the Torah, which involve love, the gospel message and righteous living.

Greasy Grace Torah-Obedience — This is a Torah that often suits Christians who are new to the Torah. They see Torah’s validity and relevance to the born again believer, but they take the punch out of YHVH’s word and view Torah as more of an option, suggestion or blessing to do rather than a command from Elohim that is incumbent upon all believers. This view promotes the underlying idea that YHVH’s grace will cover my inability or lack of willingness to fully obey his commandments thus giving me a pass to be disobedient. This is the Torah box we want to discuss below.

The above listed points are just a few examples of the permutations of Torah being promoted in the present day nascent Hebrew Roots Movement. Other examples could be give as well. What I have described above are like neat little boxes. Few people fit exactly into these boxes. People who promote a skewed version of Torah will have a view that’s an admixture of points from several of these broad categories.

All too often a Christianized version of Torah is being peddled by Messianic or Hebrew Roots teachers. Though they promote Torah obedience, it’s a censored message to fit the appetites of Christians who are accustomed to hearing the traditional hyper-grace message of the mainstream church. These Torah teachers will proffer such concepts as these: END_OF_DOCUMENT_TOKEN_TO_BE_REPLACED

It’s time to rock the boat of some of you who suffer from the spiritual disease of “non-rock the boatitis.”

But there were also false prophets among the people, even as there will be false teachers among you, who will secretly bring in destructive heresies, even denying the Lord who bought them, and bring on themselves swift destruction. And many will follow their destructive ways, because of whom the way of truth will be blasphemed. (2 Pet 2:1–2) 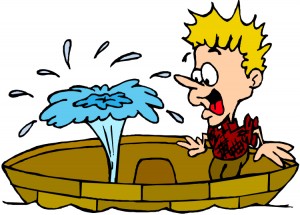 The Human Soul Is Immortal

Teachings Against the Sabbath and Biblical Feasts

Observance of the Lord’s Day (Sunday) Advocated Over Sabbath Observance