Matthew 28:19–20, Go therefore. What were Yeshua’s final instructions to his disciples before his return to heaven? This portion of Scripture is commonly called, the Great Commission and is found in Matthew 28:19-20. Do we find here any clues to Yeshua’s view toward the Torah as to what his expectations were of his disciples? Here Yeshua instructs his disciples (that includes you and me) to:

Go you therefore, and teach all nations, baptizing them in the name of the Father, and of the Son, and of the Set-Apart Spirit: teaching them to observe [keep, preserve, hold fast] all things whatsoever I have commanded you: and, lo, I am with you always, even unto the end of the world. Amein.

It is clear from this text that Yeshua, a Jewish rabbi (Matt 26:25, 49; Mark. 9:5; 10:51; 11:21; 14:45; John 1:38, 49; 3:2, 26, 4:31; 6:25; 9:2; 11:8), expected his disciples to follow, teach accurately and spread his teachings (the good news of the kingdom of Elohim) to the world. In the religious culture of first century, Judaism disciples (talmudim) were expected to teach exactly what their Torah teachers had taught them. This is no different in our day when students enroll in a denominational Bible college or seminary, receive ordination and are then sent out into the mission field in the name of that denomination. The students are expected to carry forth the unique teachings and doctrines of that denomination. If they do not, they will either be reprimanded and expected to realign their teachings with the denomination’s official position. If they refuse to do so, that denomination will discharge them from their duties and defrock them.

Likewise, Yeshua expected his disciples to teach the nations to “observe all things whatsoever I have commanded you.” In fact, in Acts 1:8 Yeshua said to his disciples that, “You shall be witnesses unto me” to the whole world. This was their mission and assignment. Yeshua, as did all Jews of his era, spoke Hebrew, and maybe even Aramaic. The word for “commanded” (Matt 28:20) as in “whatsoever I have commanded you …” in the Hebrew would be the word tsavah from which the word mitzvah or commandment (as in Torah commandments) derives. If Yeshua were speaking Hebrew, mitzvah or mitzvot (plural)would have been the same word used in Matthew 5:19 where Yeshua says, “whosoever breaks one of these least commandments, and shall teach men so, he shall be called least in the kingdom of heaven …” (emphasis added). The word mitzvah in Hebraic religious thought is a clear reference to the Torah commandments of YHVH in the books of the Law of Moses. David uses the term mitzvah (in its plural form mitzvot) numerous times in Psalm 119 equating it with the Torah-law of Elohim as given to Moses and the children of Israel. It was these same commandments (mitzvot) that Yeshua stated in the Sermon on the Mount that he told his disciples to “think not” that he had come to destroy,, that he taught would never pass away as long as heaven and earth stood, that he said whoever would break one of the least of them and teach men so would be called least in the kingdom of heaven, and whoever would keep them and teach men so would be called the greatest in the kingdom. It was these same commandments that Yeshua commissioned his disciples to teach and observe, to keep, hold fast and preserve.

Even in his final word to his disciples before his death, Yeshua commanded his disciples to adhere to the Torah and to convey to those who would follow them the same message.

Can there be any doubt as to what Yeshua’s view of the Torah was, and what his expectations were for his disciples in this regard? How is it that the church has diverged so greatly from the fundamental teachings of Yeshua and his disciples when so many teach that he and his disciples came to “do away with the law?” It has been admitted, by even some in the church, that Christianity is not the religion of Jesus or Yeshua, but rather the religion about the Person of Jesus or Yeshua. For Christianity to be fully the religion of Yeshua and his early disciples, it would have to uphold that obedience to the Torah’s standards of righteous living is a requirement of Christians today.

The Great Commission: The ABC’s of Gospel Evangelism

END_OF_DOCUMENT_TOKEN_TO_BE_REPLACED

Do you have a ministry call on your life? If you’re a disciple of Yeshua, then you should. Yeshua has commissioned every saint to help fulfill the great commission to spread the gospel to the world. Below are some basic guidelines on how to know that you’re in the perfect will of Elohim for the ministry to which he has called you.

Matthew 10:5ff, Yeshua sent out. The Commissioning of the Twelve Disciples.

There are several steps one must go through when receiving a ministry commission from Yeshua. The following steps are based on Yeshua’s commissioning his disciples in Matthew 10. As modern-day disciples of Yeshua, we need to take these into consideration when assuming a ministry role. These are the requirements of his laborers who will work in his harvest field (see Matt 9:37 for context).

Mark 16:9–20, The Great Commission. Many modern scholars call into question the genuineness of these last twelve verses. For a discussion on whether these verses of Mark’s Gospel should be included in the Bible, see E. W. Bullinger’s (1837-1913) The Companion Bible (appendix 168).

Bullinger states that the two oldest Greek manuscripts of the Testimony of Yeshua (from the fourth century) don’t contain these verses. On the other hand, more than six hundred other Greek manuscripts do contain them as do the oldest Syriac manuscript known as the Peshitto (which Bullinger believes is from the second century) and the Curetonian Syriac (from the third century). He notes that Jerome when translating the Bible into Latin (The Vulgate, A.D. 382) had access to Greek manuscripts older than any now extant included these twelve verses in his Bible. Additionally, he notes that the Gothic Version (A.D. 350), the Coptic (fourth or fifth century), the Armenian (fifth century), Ethiopic (fourth to seventh centuries) and Georgian (sixth century) versions all contain these last twelve verses. Bullinger goes on to say that there are nearly one hundred ecclesiastical writers before the oldest extant Greek manuscripts who attest to the authenticity of these verses. Moreover, between A.D. 300 and 600 there are about two hundred more writers who do.

Bullinger gives two reasons why he believes these verses may have been omitted from several of the oldest Greek NT manuscripts. After the destruction of Jerusalem in A.D. 70 extending one hundred years there is a complete blank regarding the history of the early church and a complete silence about this era from Christian writers. Therefore, no one knows what was going on in the church during this period including whether such signs and wonders as enumerated in these last verses in Mark’s Gospel were still occurring. He speculates that when later translators came to the last twelve verses of Mark and saw no trace of these spiritual gifts currently being manifested in the church (in the fourth century), some marked them as doubtful, spurious or even omitted them altogether. This same doubt has been passed on to modern scholars.

Matthew 28:19–20, Go therefore. What were Yeshua’s final instructions to his disciples before his return to heaven? This portion of Scripture is commonly called, the Great Commission and is found in Matthew 28:19-20. Do we find here any clues to Yeshua’s view toward the Torah as to what his expectations were of his disciples? Here Yeshua instructs his disciples (that includes you and me) to:

Go you therefore, and teach all nations, baptizing them in the name of the Father, and of the Son, and of the Set-Apart Spirit: teaching them to observe [keep, preserve, hold fast] all things whatsoever I have commanded you: and, lo, I am with you always, even unto the end of the world. Amein. 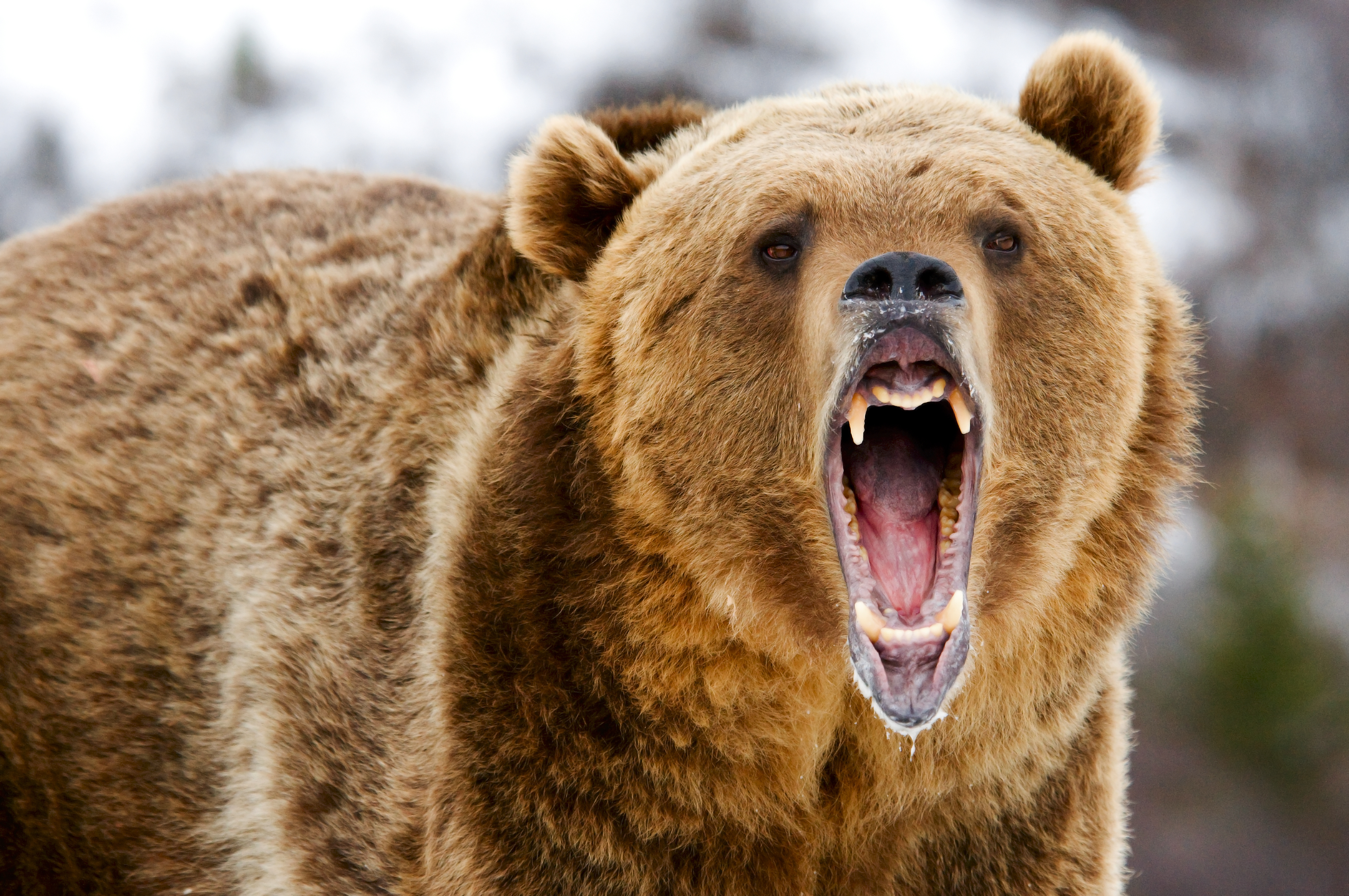 With all this flat earth talk, consider these points:

Why are we getting sidetracked about the shape of the earth when the lost sheep of Israel need to be gathered in as Yeshua commanded us to do?

Why are people so passionate about the shape of the earth enough to bombard my blog and YouTube channel with all kinds of emotionalism, when we can hardly get anyone excited about Yeshua and the gospel message?

Of the hundreds of topics I have covered on my YouTube channel and on this blog, no subject has generated so much rancor. Why? What’s the deal?

Yeshua rebuked the church at Ephesus (Rev 2) for losing their first love (i.e. for Yeshua), although they were faithful in the works of Torah-obedience. Yeshua also rebuked the Laodiceans for being lukewarm. How is it that people can get so worked up over the shape of the earth, but can’t get excited about winning the lost, preaching the gospel, making disciples for Yeshua, and generally doing the great commission? What’s this all about? Something is wrong with this picture!

It’s this: People are passionate for the wrong things because of their lukewarmness and because they don’t really love Yeshua as they should. Their priorities are all wrong. When someone points out their sin, they shoot the messenger! Many have come under a strong delusion. They have turned from a passion for the END_OF_DOCUMENT_TOKEN_TO_BE_REPLACED

Acts 17:24–32, Paul’s model for one-on-one evangelism. In Paul’s encounter with the Greek philosophers on Mars Hill, he uses the five step evangelistic approach that Yeshua used as recorded in his encounter with the rich young ruler in Mark 10:17–22). This five-step approach is as follows:

Paul first establishes the character and nature of the one true YHVH Elohim who is the Creator of all things and man should seek him, for man owes all to him (vv. 24–28).

Then Paul shows how the Greeks have not been following the true Elohim, but have been sinning by worshiping false gods (i.e., idolatry), which is a violation of the Torah (v. 29).

Next, Paul further alludes to the Torah by establishing that Elohim’s divine nature or character (which is revealed in the Torah) transcends idols, material possessions or anything else devised by men whether artistic or philosophical in nature (v. 29). These things were the chief false gods of the ancient Greeks, for which Paul was taking them to task.

Paul then tells the Greeks that Elohim is calling men to repentance for ignorantly following man-made idols and philosophies, (which is sin, or Torahlessness, 1 John 3:4) (vv. 30–31).

From this evangelistic encounter, Paul gained some converts (v. 34).

Outline and Study Guide With Practical Suggestions on Witnessing

Motivation to Evangelize the Spiritually Lost

What should be our motivation to evangelize the lost?

The New Testament Model for Evangelizm

A study of the Testimony of Yeshua reveals that the dominant model that Yeshua and the apostles followed when witnessing to unbelievers roughly followed the outline below: END_OF_DOCUMENT_TOKEN_TO_BE_REPLACED