From World Net Daily at http://www.wnd.com/2015/11/left-promoting-mass-delusion-says-journalist/. From alleged widespread racism to “Islamophobia” to “gender reassignment,” the way the American left currently portrays many of today’s top issues is not only wrong, says bestselling author David Kupelian, it is an attempt to forcibly replace reality with a series of coveted delusions – commonly called “narratives.”

Kupelian, whose latest book is “The Snapping of the American Mind,” made his comments during a fast-paced drive-time interview with popular San Francisco KSFO radio talker Brian Sussman.

“The statistics are simply mind-melting,” said Kupelian, referring to the astronomical levels of addiction, depression and family breakdown in today’s America, which he ties in his book to the left’s ongoing “fundamental transformation of America.” “One hundred and thirty million people are dependent on legal or illegal mind-altering substances. We’re not talking 130,000. This sounds like all the adults, almost – it’s like [we’re] a nation of addicts!”As part of the progressive-left influence that Kupelian says is so adversely affecting the nation, Americans are being intimidated, bullied and seduced into accepting a whole slew of false “narratives” as though they represented reality, said Kupelian.

“Bruce Jenner is a woman.”

“Michael Brown in Ferguson, Missouri, was a victim of racist police – even though it’s proven that he was a predator,” Kupelian added. “He was a punk on drugs who had just knocked off a convenience store and he tried to kill a cop, to grab his gun!” But “it doesn’t matter” to the left, said Kupelian. “You still hear about Ferguson and Michael Brown” as though the mythical “gentle giant” was a victim of trigger-happy, racist cops.

Another delusion-based narrative, said Kupelian, is that “Islam is a religion of peace. I have to tell you, I have about 100 family members who were killed by jihadists during the Armenian Genocide,” said Kupelian. “Islam has not been a religion of peace for the last 14 centuries. And it doesn’t show any signs of beginning now.”

“Where is this all coming from?” Kupelian asked rhetorically.

“We don’t live in a vacuum. … I’m saying we have a culture and a presidency in which basically we’re taught there is no God, there is no right and wrong and the biblical morals that this country did pretty well with for several centuries are oppressive and racist and we need to get rid of them!” He added, “There’s a side of us that feels like this is liberation, but there’s a price to pay. We’re paying the price now.”

Indeed, American politics has become so unhinged, he said, it is hard for normal Americans to even process what is happening.

“Hillary Clinton should be in prison, he noted, adding, “We have this socialist who, God bless Donald Trump, he referred to Bernie Sanders as a ‘communist maniac.'”

The result of this political and moral insanity, Kupelian believes, is a kind of massive psychological strain imposed on Americans who find it difficult to live on a diet of lies.

In “The Snapping of the American Mind,” said Kupelian, “I’m connecting the dots between that big picture” of the Obama-left’s “fundamental transformation” of America “and the individual picture of the wretchedness and brokenness and pathology of the 130 million Americans that are dependent on [toxic] substances,” said Kupelian, who contends that leftist deception and intimidation “is actually driving good, unsuspecting Americans over the edge to depression, anger, mental illness, addiction, family breakdown – all the pathology and the wretchedness we see on the individual level which we don’t really attach to politics so much.”

Sussman, who frequently guest-hosts for Michael Savage on “The Savage Nation” and is the author of “Eco-Tyranny: How the Left’s Green Agenda Will Dismantle America,” agreed with Kupelian.

“I hear that all the time!” he exclaimed.

As a talk show host, Sussman said he must often guard his listeners from everything that’s happening.

“If I just gave them the news of the day, people would be crashing their cars,” he joked. “Their minds are about to snap. ‘I can’t take this anymore.’ And I think you’re nailing it with this book.”

Realizing his mistake, he laughed, “Oh no, they’ve gotten to me!”

Sussman chortled, “It’s gotten to you as well, your mind has snapped, David!”

Jokes aside, Kupelian’s message is deadly serious. And for those who actually want to help troubled people, he has simple advice – stick to reality. He affirmed the biological impossibility of “sex change” – or to use today’s euphemism, “gender reassignment” – citing the finding of the former psychiatrist-in-chief at Johns Hopkins Hospital that changing genders is “biologically impossible.”

“This is a controversial thing to say, especially in San Francisco,” Kupelian advised. “You cannot transition from one sex to the other. An adult male has about 37 trillion cells. Every one of them is permanently branded with Y [male] chromosomes.”

Kupelian said going along with transgenderism and other absurdities amounts to encouraging mental illness. As he put it, if a pathologically skinny anorexic woman thinks she is fat – a common syndrome among anorexics – “we don’t need to pretend she is fat.”

How can a person cope with living in a world of false narratives and dreamlike illusions? Kupelian argues the solution is simple:

He continued: “People tell me, ‘You know, this is a nightmare we’re living in under Obama.’ … It’s true, but there’s only one step away from a nightmare to being awake again. You just have to wake up. You have to put aside these sleepy delusions” that make us feel so comfortable in our dream world, he said.

In the end, Sussman told his listeners, “I want to promote this book heavily. David, great book, and it’s flying off the shelves as I would expect.”

What should be done to parents that stuffed themselves full of food at a Golden Corral while their starving four pound baby girl died in their car outside?  This actually just happened down in Florida, and it is a crime that is shocking the entire nation.  Sadly, it is also a perfect metaphor for what is happening to the country as a whole.  We have become an exceedingly selfish and self-centered society that seems to care very little that we are literally destroying the future of America.  We are stealing trillions of dollars from future generations and destroying what was once the greatest economy in the history of the world just to make ourselves a little bit more comfortable in the present.  We stand by and do nothing while our politicians flush the U.S. Constitution down the toilet and construct a Big Brother police state all around us.  We have become a nation of “sheeple” and “zombies” that are so addicted to entertainment that we can’t even see how our society is rotting and decaying in thousands of different ways all around us.  So yes, the parents that starved their precious little baby girl to death are guilty and should be punished.  But what about the millions of Americans that are doing nothing while America slowly circles the toilet on the way to oblivion?

There are very few news stories that affect me deeply on an emotional level.  But when I read about the starvation of this precious little baby girl down in Florida, I was quite upset…

A baby girl named Betsey died, having being starved to death while strapped in her car seat as her parents ate a Florida Golden Corral restaurant.

The parents of the 22-day-old baby have been charged with first-degree murder, police said on Tuesday, accusing them of neglecting the suffering infant.

Ruby Stephens, 23, and Roy Stephens, 48, of Indiana, were visiting relatives in central Florida on December 23 when they called 911 after discovering the baby was unresponsive in their car, according to Lakeland Police.

Betsey Kee Stephens was declared dead at the hospital.

‘She suffered tremendously over the 22 days that she was alive,’ Mike Link, assistant chief of Lakeland Police, told a news conference.

He called photographs of the baby ‘absolutely horrible.’

How cold-hearted do you have to be in order to do such a thing?

How could anyone neglect such a precious baby girl like that?

Inside the Golden Corral, her parents had access to an endless buffet.  But they didn’t even bring Betsey inside with them.  She sat outside strapped in her car seat as she died from starvation.

But like I said, this is such a perfect metaphor for where we are as a nation.

We have become a selfish, greedy, gluttonous nation that doesn’t care about others and that always wants more for ourselves.

And of course it goes far beyond just being physically gluttonous.  Much worse is… (to continued reading http://endoftheamericandream.com/archives/metaphor-for-america-starving-4-pound-baby-dies-in-car-while-parents-eat-at-golden-corral).

Isaiah 18:1–3, In the chapter heading in some Christian Bibles, Isaiah chapter 18 is titled “Ethiopia.” Is this an accurate chapter heading? Isaiah 18:1 refers to “the land … which is beyond [on the other side of] the rivers of Ethiopia.” 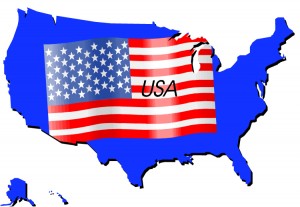 The traditional view among many biblical commentators (both from Christian and Jewish sources) is that this prophecy is referring to the area of modern Ethiopia, which is just south of Egypt. It is believed that the river mentioned in this passage is the Nile with its tributaries, while the ships are a reference to boats that regularly ply those waters, and the whirring wings refer to either locusts or to tsetse flies, which are abundant in that region.

These same commentators offer various views on how this prophecy of Isaiah was fulfilled in ancient times. In these commentaries, no explanation was given of the meaning of the word sea in verse two and how that relates to Ethiopia, or how Ethiopia was a nation that was feared far and wide (verse 2). Perhaps another interpretation could be offered that would better fit the descriptions of the land and its people given in this prophecy. END_OF_DOCUMENT_TOKEN_TO_BE_REPLACED