1 Timothy 3:3, Violent. This passage (vv. 3–7) lists the qualifications of an elder or leader of a congregation. One of the of character traits that he is not to posses is that of being a brawler (KJV),violent (NKJV) or pugnacious (NAS). What do the words brawler, violent or pugnacious mean here? It is the Greek word amachos meaning one who is by nature “a fighter, brawler, contentious, quarrelsome, one who causes strife, or one who is combative.” In modern terms, he’s a bully. Perhaps you remember the neighborhood bully from your years as a school child. An elder, overseer or shepherd of a congregation is not to be such a person. This is what Paul had in mind when he gave these instructions concerning the qualifications of an elder. 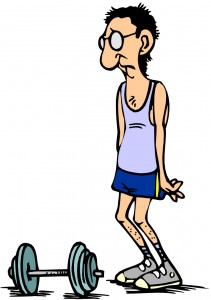 So let’s now explore this issue a little further. Is there ever a time when spiritual leaders may need to resort to forceful words or even to forceful actions to protect YHVH’s spiritual sheep? What, for example, did David mean when he asks the following  question in Psalm 94:16?

What did Yeshua mean when describing a good shepherd versus an evil hireling shepherd when he said that unlike the evil shepherd, a good shepherd lays his life down for the sheep and protects them from those who come to kill, steal and destroy the sheep? He says that the good shepherd defends the sheep, while the evil shepherd runs away (John 10:7–15). Another example of an evil shepherd is found in Ezekiel 34 where such a shepherd fails to protect the sheep from the beasts of the field (Ezek 34:7–10). How does a shepherd protect his sheep from the wolves who want to kill them? With nice words and platitudes, while singing Kumbaya, holding a candlelight vigil and then begging the wolf to leave and go elsewhere “pretty please, with cream and sugar on top”? Hardly, for the twenty-third psalm speaks of a shepherd who is armed with a rod and staff—and such brings comfort to the sheep (Ps 23:4) who know that the good shepherd has their best interests in mind. The staff was for leading and guiding the sheep, while the rod was for protecting the sheep against predators. On the sheep farm I was raised on, we used a rifle instead of a rod to protect our sheep. It’s interesting how the Bible prophesies that Yeshua, our Chief Shepherd (1 Pet 2:25; 5:4), will rule the world with a rod of iron in the Millennium (Rev 20:7–10).

Here are so more questions to consider. Was Phinehas, the son of Aaron the high priest, a END_OF_DOCUMENT_TOKEN_TO_BE_REPLACED