The other day, someone commented on this blog about the difficulty of eating a kosher diet without having a Jewish kosher food store nearby. I want to discuss this issue a bit and dispel this notion. 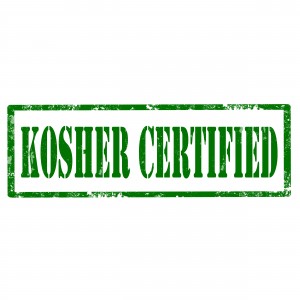 First off, there are two types of “kosher.” They are rabbinic kosher, and biblical kosher. One who doesn’t know better would probably think these two are the same, but they’re not. The biblical standards for clean and unclean meats (or eating kosher) are very minimal and are found primarily in Leviticus chapter eleven of the Torah (the first five books of the Bible). There we learn what animal meat is clean (and permissible to eat), and what meat is unclean (and not permissible to eat). Elsewhere in the Torah, we learn that YHVH’s also forbids his people from eating blood (Gen 9:4; 17:12, 14; Deut 12:23), organ fat (Lev 3:17; 7:23), and animals that die of themselves (e.g., because of disease or old age) or that have been killed by other animals ( Exod 22:31; Lev 7:24; 17:15; 22:8; Deut 14:21). Basically, these are the biblical dietary standards regarding clean and unclean meats.

What types of animals does the Bible permit us to eat? Simply stated, only land animals that have cloven hooves and chews their cud, only fish that have fins and scales, only fowl-type birds, and only insects that are in the grasshopper or locust family are permitted for human consumption

Some might wonder about the Jewish rabbinic tradition of not eating meat and dairy. This is based on the Torah-law that forbids the eating a kid (or young goat) that has been boiled in its mother’s milk (Exod 23:19; 34:26; Deut 14:21). This law has been understood to refer to any young kosher animal in addition to goats. The problem with this passage is that it has several possible interpretations. They are as follows:

The rabbinic Jews have primarily taken the third explanation for their interpretation of this law. However, this is a faulty interpretation in light of the fact that Abraham fed the three heavenly messenger (one of whom was YHVH — or the preincarnate Yeshua the Messiah) meat and dairy together (Gen 18:6-8). It’s highly improbable that Abraham who was END_OF_DOCUMENT_TOKEN_TO_BE_REPLACED