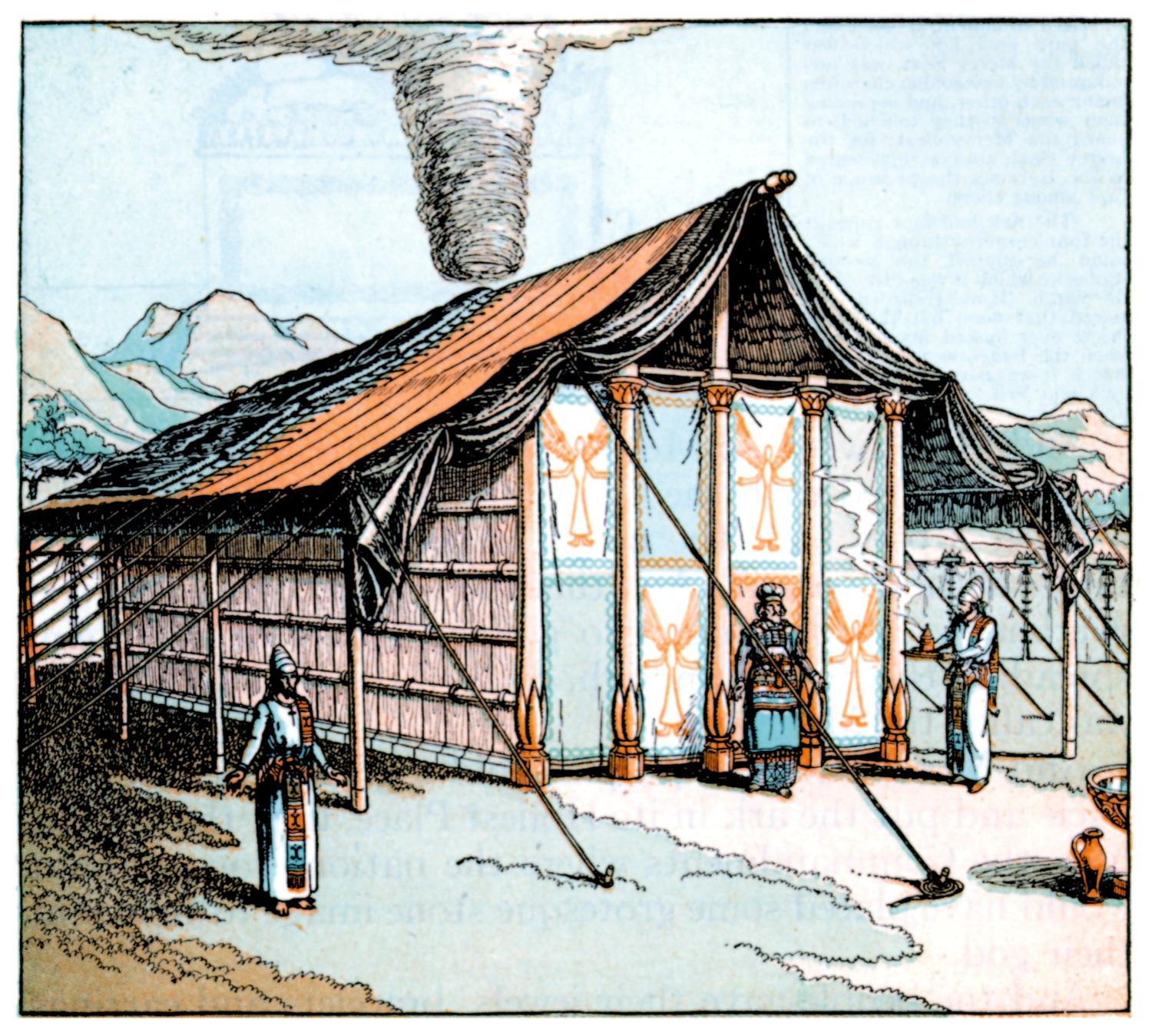 Exodus 26:36–37, Door of the tent. This door had the same colors as the door to the outer courtyard (blue, crimson, white and purple) and was also woven of fine linen. The door was the same size in area, though it was a different dimension than the first door, for it was taller and narrower. This teaches us that the view of Yeshua becomes higher, and the way to the holiest place becomes narrower and the requirements become more stringent as one draws closer in proximity to YHVH’s glorious presence.

Five wooden pillars covered in gold supported by bronze bases held the curtains up. Again, the wood-covered gold speaks of the righteousness of the saints. Bronze speaks of Elohim’s judgment and five can speak of both the five books of YHVH’s Torah as well as the five-fold ministry the purpose of which is to ground YHVH’s people in his Torah-instructions in righteousness. In so doing, the Saints will become like Yeshua, who was the physical embodiment of the Torah—or YHVH’s Torah-Word made flesh (the Living Torah, John 1:1, 14).

The Door of the Tent in More Detail

It was held up by five pillars picturing the fivefold ministry (Eph 4:11), which is likened to a hand: The apostle is like the thumb. The other fingers cannot work properly without it. It has more flexibility than the rest and can do things the others can’t. The prophet is like the index finger and points out people’s faults and points the direction people are to walk in, yet he must be very gracious, humble and self-effacing in his activity since he has three fingers pointing back at himself. The evangelist represents the middle finger which extends or reaches outward the farthest to bring people to YHVH. The shepherd (pastor) is the ring finger representing gentleness and love. The teacher, like the little finger that is used to dig stuff out of one’s nose and ears, digs out nuggets of truth in hard to reach places (e.g. ear and nose).

The five pillars were made of acacia wood overlaid in gold, which speaks of Yeshua’s humanity and his divinity. The pillars were set in bases of bronze speaking of YHVH’s righteous judgments and that all judgment will be left up to Yeshua who is over all and has judged and will judge all (Heb 2:8; Eph 1:22). Furthermore, Yeshua as head of the body of believers, the gates of hell will not prevail against his elect (Matt 16:18; Heb 3:6). 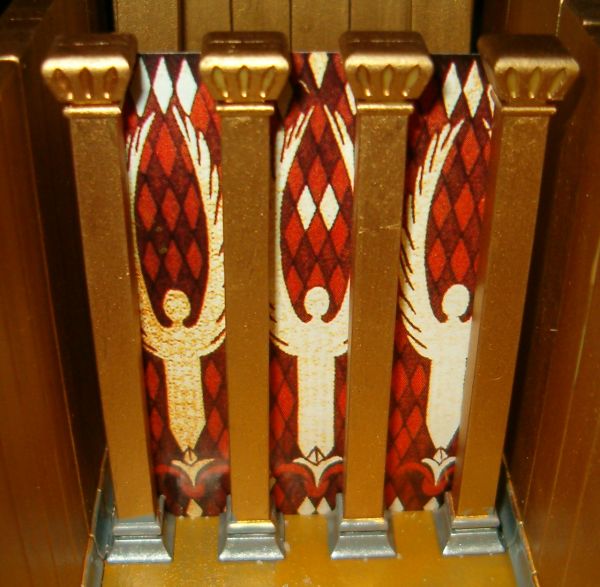 Exodus 26:31–37, A viel. The veil or parochet divided between the holy or set-apart place and the holy of holies or most set-apart place. It was woven of fine linen of the same four colors as were the previous two curtains—blue, crimson, purple and white, except this veil had cherubim embroidered into it. The most set-apart place is a picture of returning to the Garden of Eden, which had cherubim guarding its entrance (Gen 3:24), except this time it is the New Jerusalem in the New Heaven and New Earth.

It was this same veil that was rent from top to bottom in the second temple in Jerusalem at the time of Yeshua’s crucifixion (Matt 27:51). The writer of the Epistle to the Hebrews teaches a correlation between the tearing of Yeshua’s flesh on the cross and the tearing of the veil, and that this event opened the way for believers to be able to enter into the most set-apart place and to come boldly before the throne of Elohim through the shed blood of Yeshua (Heb 10:19–22 cp. 4:14–16).

The Veil in More Detail

This veil to the most set apart place (also knonw as the oracle or deveer) contained the four colors of the other two veils: crimson, blue, purple and white. Unlike the others, this veil had embroidered cherubim on it. It hung on four pillars of overlaid gold acacia wood. The pillars were set in bases of silver with the curtain hanging by rings of gold.

This veil is what separated men from the very Presence of Elohim. At Yeshua’s death the veil in the temple was split from top to bottom (Matt 27:51) opening the way to all into the holy of holies by and through the redemptive work of Yeshua on the cross (Heb 10:19–22).