The Ten Words or Ten Commandments by which they are more commonly known are but the mighty cornerstone of the 613 commandments of the Torah. 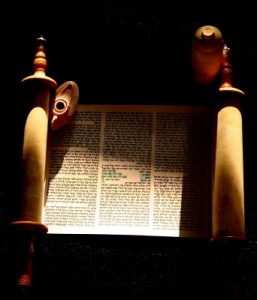 The Jewish sages teach that all 613 are implied in the Ten; or that the Ten can be expanded into 613. The Tanakh (Old Testament) and Jewish writings contain a number of phrases that express the quintessential essence of the Torah. One of these best-known passages naming several of these phrases is in the Jewish Talmud: “[R.] Simlai said, ‘613 commandments were given to Moses—365 negative mitzvot (commandments), the same as the number of days in the year, and 248 positive mitzvot, the same as the number of parts in a man’s body. David came and reduced them to eleven (Ps 15), Isaiah to six (Isa 33:15), Micah to three (Mic 6:8), Isaiah again to two—“Observe and do righteousness” (Isa 56:1). Then Amos came and reduced them to one, “Seek me and you shall live” (Amos 5:4)—as did Habakkuk, “The righteous one will attain life by his trusting [or by faith] faithfulness (Hab 2:4)”’ (Makkot 23b–24a, abridged, from the Jewish New Testament Commentary, by David Stern, p. 565).

We see some of these same Torah summation-type statements in the Testimony of Yeshua. For example, the phrase, “the just shall live by faith” is found in three passages of the Testimony of Yeshua (Rom 1:17; Gal 3:11; Heb 10:38); In Leviticus 19:18, we find the phrase, “you shall love your neighbor as yourself,” which is the summation of the last five of the famous Ten Commandments. This in itself is a summation of all of the 613 Torah commandments that relate to human relationships, which we see in Yeshua’s END_OF_DOCUMENT_TOKEN_TO_BE_REPLACED

Exodus 20:1, And Elohim spoke all these words, saying.

The following is an excerpt from a larger article on the subject of the Torah, which can be found at http://hoshanarabbah.org/pdfs/torahprimer.pdf.

What Is the Essence of the Torah?

Let us answer the question by posing a question. Why do you call yourself a believer, Messianic, Christian or otherwise? Why do you believe that the Scriptures are the Word of Elohim? Why are you currently reading this teaching article? Why were you created and what is your purpose in life? What is the meaning of life and what is your future destiny? Is there a Supreme Being in this universe and what does he expect from you, as a human, if anything at all? Does he care about you personally, and if he does, does he have anything to say to you about life – and about your life, in particular? 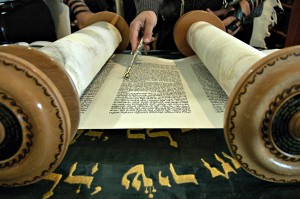 Very few humans alive, or who have ever lived, have answers to these questions. Most humans simply exist. Few actually live with purpose and meaning to their lives.

But you are privileged, for you are about to learn the answers to which so-called philosophers, sages and religious luminaries have been seeking since man has existed. Tidal waves of religion, philosophy and politics have swept across this planet carrying away peoples and nations promising to answer men’s most perplexing questions. Though volumes have been written, though countless libraries are full of millions of books, scrolls, papyri, clay tablets, documents and computer files, the answer to it all is surprisingly simple. In fact one word: It is T-O-R-A-H! The Torah of YHVH-Elohim is the Light of Truth from the Originator of Light and Truth. And it has been miraculously transmitted from heaven to earth, from the infinite to the finite, from the spiritual, boundless, eternal, omniscient and all wise mind of Elohim to the limited confines of physical existence on earth. Like a beam of Light shot through space from the great beyond, penetrating the darkness of human existence that Light became the written Torah, the Word of Elohim in the form of a Torah scroll written in Hebrew script of the set-apart Hebrew tongue (lashon kadosh) thousands of years ago.

The Torah-Word of Elohim forms the very bedrock foundation of the Scriptures. The spiritual building of the Prophets, Writings and Testimony of Yeshua rests squarely and securely upon the foundation of the Torah without which the rest would instantly crumble into nonexistence. Elohim was so determined to make that foundation so rock solid that he literally dictated it audibly letter-for-letter and word-for-word to the man Moses, who like a stenographer, wrote down exactly what he heard. This become the Books of the Law of Moses, or the Torah of YHVH Elohim. None of the Prophets or Writings in the Tanakh, though the inspired and infallible Word of Elohim, were so transmitted. The only words in all of Scripture that approach this level of purity and perfection are those words of the Written Word or Torah made flesh; namely, the words of Yeshua as recorded in the Gospels of the Testimony of Yeshua.

The level of one’s understanding of  the written Torah is the key to having a deep and abiding understanding of Yeshua, the Living Torah, and ultimately of having a blessed, a right, eternal relationship with our Father in heaven. ­Having a deep walking-it-out understanding of the Torah will also determine one’s level of rewards in the Kingdom of Elohim — whether YHVH bestows the title of The Least or The Greatest upon one (Matt. 5:19).

Below are quoted some deeply held, age-old convictions that the Jewish sages have lived and died for regarding the Torah. As you read them, please keep in the forefront of your thoughts the concept of Yeshua, the Living Torah-Word of Elohim, who was made flesh END_OF_DOCUMENT_TOKEN_TO_BE_REPLACED