Luke 3:7–17, Then he said to the multitudes. What’s really going on in this exchange between John the Baptist and the religious folks of his day? Let’s step back and look at the bigger picture. 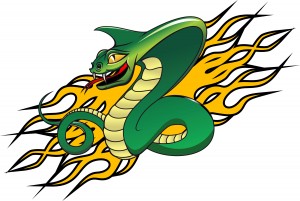 The multitudes of Jews had to make the long, hot and arduous journey down through the Judean mountains down to the Jordan River, which was the lowest spot on earth, to hear John the Baptist who was the latest fad preacher to come on the scene. However, when they arrived at his lonely wilderness pulpit, instead of stroking their egos by complimenting them for their religious zeal, he excoriates them and calls them a brood of vipers. John confronts them when he says that if they don’t repent, the fires of YHVH’s judgment will consume them (John 3:7–9). John’s preaching pierces their hearts, and lays them low spiritually, and they ask him what he expects them to do (John 3:10). John then preaches a message of social justice involving giving to the poor, being fair and honest in your business dealings, and if you’re a government worker, treating the citizens you serve with respect (John 3:11–14).

Interestingly, he doesn’t instruct these religious Jews in what many might consider to be the specificities and dos and don’ts of the Torah-law, although it could be reasoned that many of these folks already had a basic understanding of Torah already. Whether they were living up to it or not is another question.

Whatever the case, in our day, most gospel-believing Torah teachers are telling their listeners to punctiliously start observing the 613 commandments of the Torah, and to END_OF_DOCUMENT_TOKEN_TO_BE_REPLACED