I’ve been studying Elohim’s word this morning, and I was led to open up the little Book of Amos. I read all nine chapters. Somehow, I sensed that the answer to the question I asked in the previous post might be found therein. That question was how do we get to the next stage in our spiritual walk?

I can’t say that I have the full answer, but some spiritual insights were garnered. 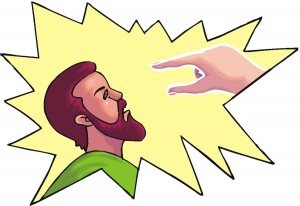 The bottom line is that we need a fresh prophetic vision — a divine revelation of where YHVH wants us to go next.

It goes back to Proverbs 29:18, which says that without prophetic vision, YHVH’s people perish or become unloosened spiritually. Additionally, all prophetic vision should be on a solid Torah foundation — something that doesn’t exist among the so-called prophets in the contemporary mainstream church  system.

Amos explains the role of the prophet and how people really don’t want to hear YHVH speak to them through his servants, the prophets, much less obey the word of Elohim they’re proclaiming. So why then should YHVH send them his prophets if his people refuse to hear and to obey?

Though I’m not a prophet, as a servant of the Most High, I should be speaking prophetically as inspired by the Holy Spirit. This applies to you too. When a Bible teacher or preacher gets up in front of others to speak, he should do so prophetically; that is, in an inspired way that brings forth divine revelation from the word of Elohim. The problem is that most people start to shut the preacher off when he urges them to repent of sin. As a preacher, I can tell you this is the case. Almost every time I preach a message of repentance, someone gets offended and blames me for their angst. Instead of looking at themselves in the mirror and conforming their lives to the word of Elohim, they make excuses why it doesn’t apply to them, and then they shoot the messenger. Frankly, it get’s tiring after a while!

Okay, enough of this. Let’s see what Amos had to say. Here are some insights from this prophet I gathered this morning.

Amos 8:11, A famine…of hearing. Hearing is the Hebrew word shema, which has the compound meaning of both hearing and doing. In our modern world, the word of Elohim is more proliferated than ever before, especially END_OF_DOCUMENT_TOKEN_TO_BE_REPLACED