The motivational gifts of Romans 12:6–8 are prophecy, service, teaching, exhortation, giving, leading and mercy. The Creator has given at least one of these gifts to every human being to be used for the betterment of mankind. Knowing and functioning in your gift will help you to find your purpose and destiny in life, so that you can know the Creator’s perfect will and plan for your life, thus bringing you great joy, happiness and fulfillment as this video explains. 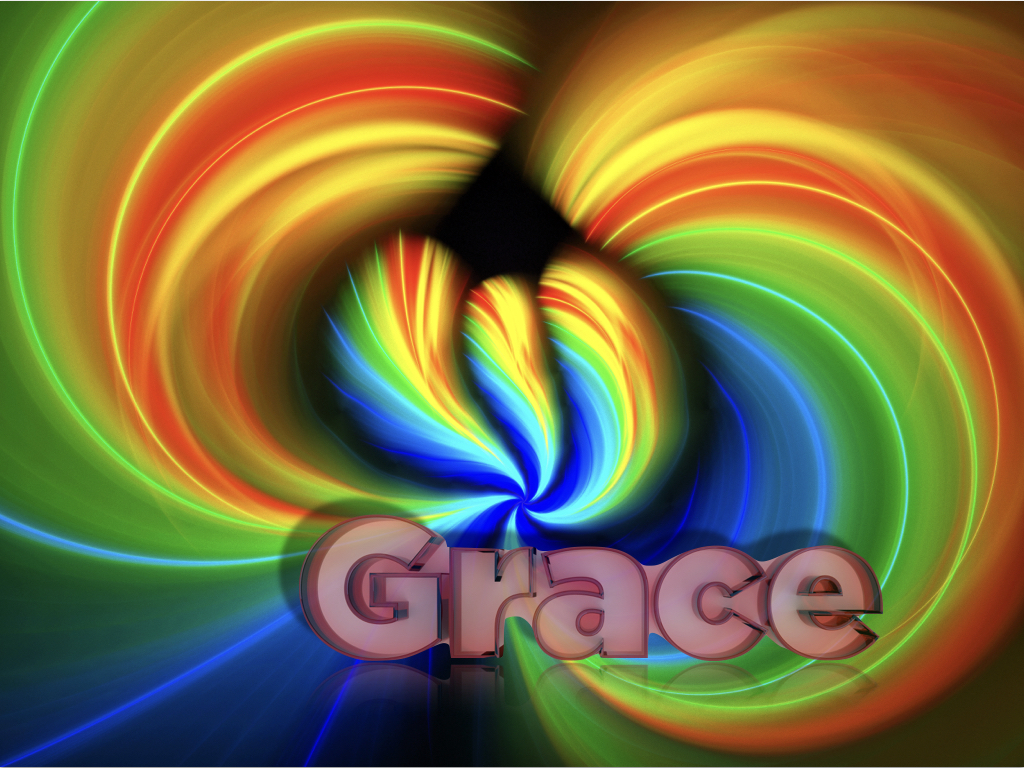 Exodus 33:12–13, Grace. The mainstream church places a great deal of emphasis on the message of grace. The biblical doctrine of grace finds its roots in this chapter in the Torah and not in the apostolic writings as the mainstream church teaches. The noun grace (Heb. chen) is found six times in chapters 33 and 34. The adjective gracious (Heb. chanan and channuwn)as an attribute YHVH’s character is found three times in chapters 33 and 34. Six is the number of man and three is the number of Elohim. That is to say, the grace of the entire Godhead covers man completely even when his children turn away from him and give into golden calf worship. His grace for his people rejoices or triumphs over his fiery and consuming judgments (Exod 33:4; Jas 2:13; Pss 85:10; 89:14; Mic 7:18; Eph 1:7; Rom 5:8) that they deserve for their stiff-neckness and sinful rebellion against his commands (Exod 33:3).

The Hebrew word for grace is chen/IJ meaning “favor, grace, charm, acceptance.” The Hebrew word chen (found 69 times in the Tanakh), which is translated as grace, in this verse is equivalent to the Greek word charis/cariV, which is found 156 times in the Testimony of Yeshua and is translated as grace 130 times in the KJV. The equivalency of these two words is confirmed by the translators of the Septuagint (the Greek Tanakh) who used charis in place of chen when translating the Hebrew Tanakh into Greek beginning in the third century b.c. According to The TWOT, in the vast majority of occurrences of chen in the Tanakh, the focus of attention is not on the giver, but on the recipient. The emphasis is on the relationship of the superior to an inferior (e.g. a king to his subjects). What this teaches us is that despite sin and rebellion against him, YHVH (the king) is gracious (to humans, his subjects). Contrary to what many in the church have been led to believe, the grace of Elohim is a very prominent theme in the Tanakh. Examples of this include Noah who found grace in YHVH’s eyes (Gen 6:8), or the children of Israel although dead in their sins in Egypt and deserving of YHVH’s wrath, they were saved by the blood of the lamb. There are a number of other references to the grace of Elohim in the Tanakh as well (Gen 18:3; Exod 3:21; 33:16,17; 34:9; Ps 84:11; Zech 12:10).

Exodus 34:6–7 lists various attributes of YHVH’s mercy. He is: 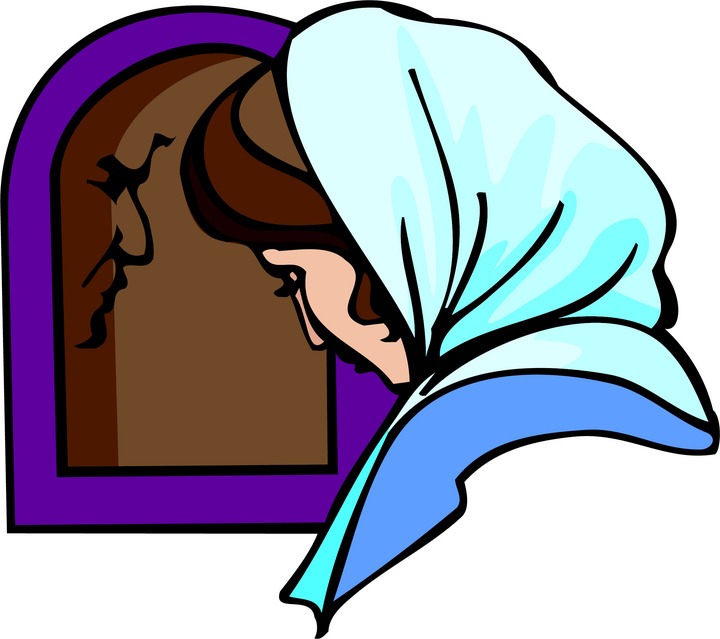 Numbers 5:11–31, This passages deals with a curious ritual involving wives suspected of adultery called the Law of Jealousies whereby the woman is hauled before the priest, her head is uncovered and, according to Jewish tradition, her dress is ripped open just above her breasts (b.Talmud Sota 7a). She then has the choice to drink a concoction of earth from the floor of the tabernacle mixed with the set-apart (kadosh) water from the bronze laver into which is dipped a piece of paper that contains the curses written on it. If she is guilty of the charges of adultery when she drinks the bitter waters, her belly shall swell and her thigh (Heb. yarek or side or loins,which are the seat of procreative power) shall rot as a result of a divine judgment. If she is guiltless, the bitter waters will have no effect on her. If she refuses to drink the bitter water and her husband still suspects her unfaithfulness, then he is free to divorce her, even though she has admitted no guilt. According to Jewish tradition, this legal procedure was carried out by Israel’s highest court in Jerusalem (Sota 7b).

Some biblical commentators see a parallel here between the adulterous woman and the trial and execution of Yeshua at the cross. After only a casual reflection on the issues, this may seem unlikely. But ponder this for a moment. Did YHVH liken his END_OF_DOCUMENT_TOKEN_TO_BE_REPLACED

How can a man have his past sins absovled, atoned for or washed away? There is only one way. The Bible reveals what that way is. Watch this video to find the answer.

Leviticus 20:1, On capital crimes. This chapter contains a number of Torah laws that when violated carry capital punishment. In 1 Corinthians 6:9–11, several of the same crimes are mentioned (i.e., adultery, fornication, homosexuality, idolatry), but the violators were forgiven and received salvation (verse 11). Why were these sins punishable by death in ancient Israel, but not later on? The Leviticus 20 directives apply to Israelites or those from foreign nations who had attached themselves to Israel (verse 2) who are held to a higher accountability and thus should know better not to commit these sins in the first place. On the other hand, the believers in Corinth had practiced these sins before they came to a knowledge of the truth, and were thus held to a lower level of accountability because of their ignorance. 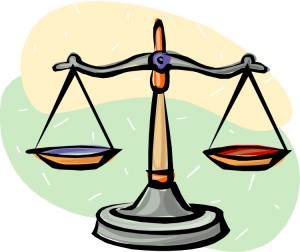 What about the Corinthian believer who was sleeping with his stepmother (1 Cor 5:1–5)? In Leviticus, in the nation of Israel, this sin would have been punishable by death. In the first century, the Jews didn’t have their own nation, but were under Roman law and were thus not able to execute people for capital crimes. The next best thing to do apart from capital punishment was to put the sinning man out of the congregation, which is what Paul did. This was tantamount to spiritual death. These are the exact discipline protocols Yeshua advised be carried out within the body of believers (Matt 18:15–20). Such an individual was to be excommunicated and treated as a heathen and sinner (verse 17). And how are heathens and sinners to be treated? They are to be evangelized and brought to repentance, which is what happened to the sinner in Corinth (2 Cor 2:5–8).

Now David committed adultery and murder in his affair with Bathsheba, but was not sentenced to death. Why? Why was the Torah not carried out fully in David’s case? Surely he knew that he was sinning beforehand. For one thing, he repented bitterly (see Ps 51) and was forgiven. He never again committed these sins. In his case, mercy of Elohim rejoiced over or trumped his judgment (Jas 2:13 cp. Ps 85:10; Jer 9:24; Ezek 33:11; Mic 7:18; Exod 34:6–7).

Though Leviticus 20 records capital punishment for a variety of crimes, in Israel’s long history, the Jewish sages inform us that very few executions ever occurred for violating these laws. Mercy and grace seemed to be more the rule than the exception, and this modus operandi carried over into the era of the New Covenant as well.