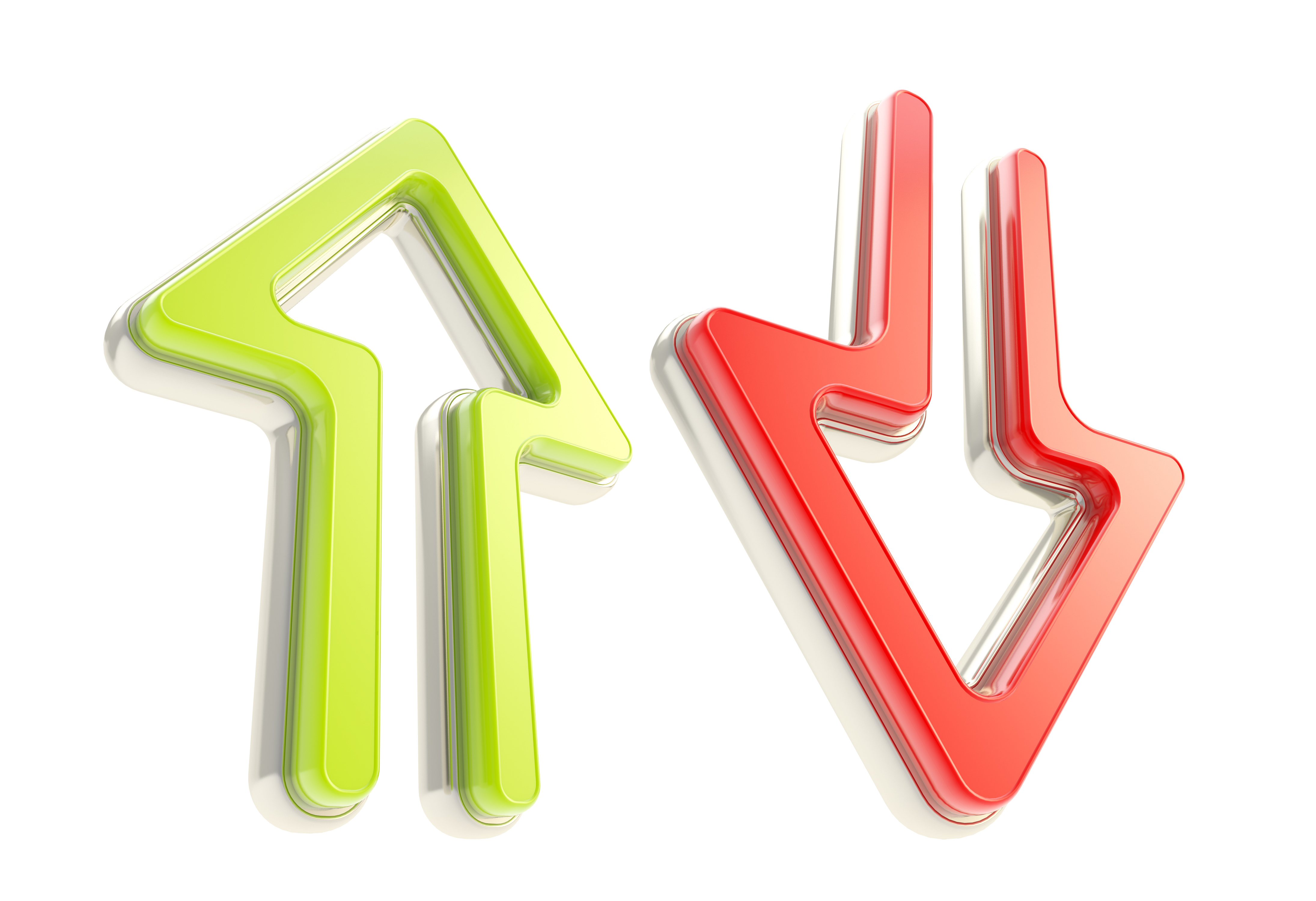 Genesis 39:1, Down to Egypt…down there. There are more than twenty references in the Bible to “going down to Egypt,” coming “up from Egypt” or words to this gist. Egypt can be taken as a biblical metaphor for the secular world and all that is in it that is in opposition to YHVH’s paths of righteousness. Egypt represents the low spiritual way of following the world, flesh and the devil that is evil that leads to death and separation from Elohim, while the Promised land, and specifically Jerusalem, is a metaphor for the spiritual high place of truth, righteousness and godliness that leads to eternal life. This is why the Bible speaks of “going down to Egypt” and “going up to Jerusalem.”

So what did Yeshua have to say about those who choose this wide, well-traveled middle road?

To those who find themselves on this path, Yeshua is standing outside of the door of their spiritual house and saying,

Behold, I stand at the door and knock. If anyone hears My voice and opens the door, I will come in to him and dine with him, and he with Me. (Rev 3:20)

To those who respond positively to his invitation, he promises them a place in the Promised Land of his everlasting kingdom.

To him who overcomes I will grant to sit with Me on My throne, as I also overcame and sat down with My Father on His throne. (Rev 3:21)

Numbers 20:5, It [the wilderness] is not a place of seed and fig and grape and pomegranates; and there is no water to drink. This was the complaint of the people against YHVH. In Hebraic thought, water, the fig tree, wine from the grape, as well as oil, milk and honey (the two symbols of the Promised Land) are all metaphors for Torah (see Everyman’s Talmud, pp. 133–134). The Israelites were seeking physical food, but were missing the spiritual food (i.e. Torah, faith in his Word and promises) that YHVH was abundantly providing them during their wilderness walk. Additionally, the Hebrew word for wilderness is b’midbar (the Hebrew name for the book of Numbers), which means “in the wilderness, desert, uninhabited land or pasture.”

The root word of midbar is the word dabar meaning “to speak, declare, command, promise or commune.” In a number of instances in the Scriptures, the terms word/dabar of God/Elohim or word /dabar of the LORD/YHVH is used to denote words coming directly from the mouth of YHVH. In the tabernacle (Heb. mishkan), the most set-apart place was called the d’veer (a cognate of the word debar) or oracle. It was there that Moses went to receive the word (d’bar) of YHVH.

What is the point of this brief word study? While going through the wilderness of life, if we have an attitude of gratitude instead of one of complaining, murmuring, doubt, fear and unbelief in the Word and promises of YHVH, will we not be more likely to understand YHVH’s purposes, instructions, (i.e. Torah), his heart and his plans for our lives? If we have such an attitude, will our hearts not be more inclined to hear YHVH’s voice more clearly and understand his will for our lives thereby receiving hope for the future and strengthened faith? One can waste one’s energy on murmuring and never grow up spiritually, or one can determine to hear YHVH and to commune with him in the wilderness of life and seek spiritual enrichment out of that wilderness and view it as our training ground for entering the Promised Land.

Let’s make a conscious effort to redirect our thoughts and attitude positively, while never forgetting the bitter lessons of our Israelite forefathers (1 Cor 10:11)? Murmuring produced nothing except death in the wilderness. If we have a grateful heart attitude, we will not only have a happier time in the wilderness of life, but we will be more likely to hear YHVH’s voice and understand the meaning and purpose of the experiences we have while en route to the Promised Land of our ultimate spiritual inheritance.

Experiences make you happier than possessions – before and after

To get the most enjoyment out of our dollar, science tells us to focus our discretionary spending on experiences such as travel over material goods. A new Cornell University study shows that the enjoyment we derive from experiential purchases may begin even before we buy.

This research offers important information for individual consumers who are trying to “decide on the right mix of material and experiential consumption for maximizing well-being,” said psychology researcher and study author Thomas Gilovich of Cornell University.

Previously, Gilovich and colleagues had found that people get more retrospective enjoyment and satisfaction from their experiential purchases than from their material purchases. And other research has shown that people often hold off on experiences so that they can savor the thought of eventually having them.

Gilovich and co-authors Amit Kumar of Cornell University and Matthew Killingsworth of University of California, San Francisco wanted to bring these lines of research together and investigate whether the enjoyment we get from the anticipation of a purchase depends on what we’re buying.

The researchers discovered that people thinking about impending experiential purchases, such as ski passes or concert tickets, have higher levels of happiness than those who anticipate spending money on things.

“You sometimes hear stories about people rioting, smashing windows, pepper-spraying one another, or otherwise treating others badly when they have to wait,” said Kumar. “Our work shows that this kind of behavior is much more likely in instances where people are waiting to acquire a possession than when they’re waiting for tickets to a performance or to taste the offerings at their city’s newest food truck.”

The researchers speculate that there may be several factors that could explain these findings. People may think about future experiences in more abstract ways that can make them seem more significant and more gratifying, for example. It’s also possible that waiting for an experience induces less competition than waiting for material goods. Finally, anticipating experiences may confer greater social benefits, making people feel more connected and happier overall.

The findings have clear implications for individual consumers, but they could also inform the way money is spent on a much broader scale:

“Our research is also important to society because it suggests that overall well-being can be advanced by providing an infrastructure that affords experiences – such as parks, trails, beaches – as much as it does material consumption,” says Gilovich.

The findings were published in Psychological Science and supported by the National Science Foundation and by a grant from the John Templeton Foundation through the Greater Good Science Center.

Human life begins in bright flash of light as a sperm meets an egg, scientists have shown for the first time, after capturing the astonishing ‘fireworks’ on film.

An explosion of tiny sparks erupts from the egg at the exact moment of conception.

Scientists had seen the phenomenon occur in other animals but it is the first time is has been also shown to happen in humans.

“To see the zinc radiate out in a burst from each human egg was breathtaking.”
Professor Teresa Woodruff, Northwestern University

Not only is it an incredible spectacle, highlighting the very moment that a new life begins, the size of the flash can be used to determine the quality of the fertilised egg.

Researchers from Northwestern University, in Chicago, noticed that some of the eggs burn brighter than others, showing that they are more likely to produce a healthy baby.

The discovery could help fertility doctors pick the best fertilised eggs to transfer during in vitro fertilisation (IVF).

“It was remarkable,” said Professor Teresa Woodruff, one of the study’s two senior authors and an expert in ovarian biology at Northwestern.

“We discovered the zinc spark just five years ago in the mouse, and to see the zinc radiate out in a burst from each human egg was breathtaking.

“This means if you can look at the zinc spark at the time of fertilization, you will know immediately which eggs are the good ones to transfer in in vitro fertilization.

“It’s a way of sorting egg quality in a way we’ve never been able to assess before. “All of biology starts at the time of fertilization, yet we know next to nothing about the events that occur in the human.”

Currently around 50 per cent of fertilised eggs do not develop properly and experts believe that faulty genetic code could be responsible.

Some clinics take videos of the egg developing to try pick up problems early, while others check for genetic mutations, but that is an invasive procedure which can damage the tiny egg. Often it is just down to a clinician decided which eggs look the healthiest.

But the new findings could give and extra indication that an egg is flourishing. A video of nine human eggs coming into contact with sperm enzyme showed two flashed much brighter than the rest.

“This is an important discovery because it may give us a non-invasive and easily visible way to assess the health of an egg and eventually an embryo before implantation,” said co-author Dr Eve Feinberg, who took care of the patients who provided eggs for the basic science study and collaborated with the research team.

“There are no tools currently available that tell us if it’s a good quality egg. Often we don’t know whether the egg or embryo is truly viable until we see if a pregnancy ensues.

“That’s the reason this is so transformative. If we have the ability up front to see what is a good egg and what’s not, it will help us know which embryo to transfer, avoid a lot of heartache and achieve pregnancy much more quickly.”

The bright flash occurs because when sperm enters and egg it triggers calcium to increase which releases zinc from the egg. As the zinc shoots out, it binds to small molecules which emit a fluorescence which can be picked up my camera microscopes.

Over the last six years this team has shown that zinc controls the decision to grow and change into a completely new genetic organism.

In the experiment, scientists use sperm enzyme rather than actual sperm to show what happens at the moment of conception.

“These fluorescence microscopy studies establish that the zinc spark occurs in human egg biology, and that can be observed outside of the cell,” said Professor Tom O’Halloran, a co-senior author.

In a companion paper published in Scientific Reports on March 18, a zinc spark is shown at the precise time a sperm enters a mouse egg.

This discovery was made by Zhang, a postdoctoral fellow at Northwestern.  Little is known about the events that occur at the time of fertilization, because it is difficult to capture the precise time of sperm entry.

The Creator’s voice, like a beacon of light in the confusing darkness, is calling you to follow his path of wisdom and truth leading to glorified immortality. Are you a spiritual zombie, the walking dead, who wonders if there’s more to life than this? Then watch this video!