I live in one of the most scenic states in America with our world class coastlines, glaciated mountains, river gorges, canyons, pristine forests and waterfalls unparalleled for beauty anywhere. My great-grandparents moved here in the late 1800s. My children are fifth generation Oregonians. But spiritually and morally, this place is a cesspool hell hole! How can humans take such a beautiful place that Elohim has so graciously given to us and then turn into the murder  capital of America? Legalized suicide and now forced baby killing? Hitler, Pol Pot, Mao, Stalin and all of history’s other demoniacs would be proud!

That’s what’ll happen if our leftist bisexual governor signs a bill that has just passed both houses of our state legislature, which she has apparently promised to do, that will force insurance carriers to provide free abortions to their members including illegal aliens as the article below explains and allocates state tax dollars to help pay for  it.

If this happens, all I can say is mega-shame on all of these baby murderers and may the Creator’s judgment come upon them all!

Please join me  in praying that somehow at the eleventh hour, this bill does not get signed.

From  the National Review at http://www.nationalreview.com/article/449427/oregon-new-abortion-law-radical-grisly

Once upon a time, Democrats wanted abortion to be “safe, legal, and rare.” Today, that mantra is “unregulated, on demand, and” — in the state of Oregon – “free.” Oregon is preparing to enact a law that would force all Oregon insurers to cover abortions, whatever the reason, at no cost to patients. House Bill 3391-B compels insurers, public or private, to provide a whole swathe of “reproductive services” free of cost and regardless of income, insurance type, citizenship status, or gender identity. Because the bill prohibits insurers from shifting costs to customers in the form of higher deductibles or co-pays, private insurers will be forced to eat the costs — or, more likely, to distribute them among their customers through higher premiums. Medicaid (read: Planned Parenthood) will receive an extra $10 million from the state to cover the procedures. Rammed through both chambers of the state legislature on party lines, the bill now awaits the signature of Democratic governor Kate Brown.

Both California and New York mandate a certain degree of abortion coverage, but Oregon’s is especially aggressive. The legislative language is almost entirely unqualified. It does not exclude grisly late-term abortions (which take place long after the fetus can survive outside the womb), nor does it prohibit sex-selective abortions. If a woman wants to kill her unborn daughter because she wanted a son, her insurer has no choice but to cover that.

Oregon may have one of the most liberal abortion regimes in the country — the state has no informed-consent laws, no waiting periods, and no parental-notification requirements for minors, and conducts virtually no supervision of abortion clinics — but even so, the new bill is radical. Almost every state accepts the consensus represented by the Hyde Amendment, the budget rider attached to federal spending that steers most taxpayer money away from funding abortion procedures: namely, that abortion is a uniquely sensitive issue, and no one should be coerced into supporting it against his or her conscience. Oregon’s bill is a middle finger to that longstanding consensus.

Indeed, its exemption language makes that clear. In order to qualify for an exemption from the mandate, an employer must be a nonprofit whose purpose is “the inculcation of religious values,” and it must primarily employ and serve people who share the employer’s religious tenets. This is, obviously, a standard that almost no religious employer meets. Oregon’s Democrats are, apparently, only interested in one type of evangelism.

Needless to say, this mandate will almost certainly increase the number of abortions in Oregon. Liberal abortion laws correlate with higher abortion rates, and whenever something is free, there is more of it.

But, in the end, this mandate isn’t just about Oregon. In 1994, Oregon voters passed the nation’s first measure approving physician-assisted suicide, which, after surviving several legal challenges, was implemented in 1997. Since then, five more states and the District of Columbia have legalized physician-assisted suicide. Oregon has a way of being at the leading edge of troubling trends involving life-and-death decisions, and this would be one more alarming precedent.

Governor Brown, who is likely to sign the bill, has called opposition to it “an attack on all Oregonians.” In reality, of course, precisely the opposite is true.

Shabbat shalom to all the many brothers and sisters in Yeshua scattered across this earth who read this blog in about 120 nations each month! May your Sabbath be filled with the love, joy and peace of Yeshua the Messiah through the Comforter that surpasses all understanding!

No matter how tough things are going for you, take a moment to count your blessings and give a prayer of thanks to the Almighty Creator who made you in his image, and loved you so much that he sent Yeshua to die for your sins that you might have eternal life with him forever. Find the blessing in everything that happens no matter how difficult or trying the circumstances. Through Yeshua, you have the victory now and forever. Never forget that.

Here are a few photos I took last Shabbat on the Oregon coast at a place called Cape Kiwanda at Pacific City. We were having an elders weekend retreat, and in between our meetings, the rain stopped and Dr. Joseph Dombek, my associate pastor, and I went for little walk along the beach.

I wonder why Oregon has been the number one state in the U.S. that people are moving to for the last three years? 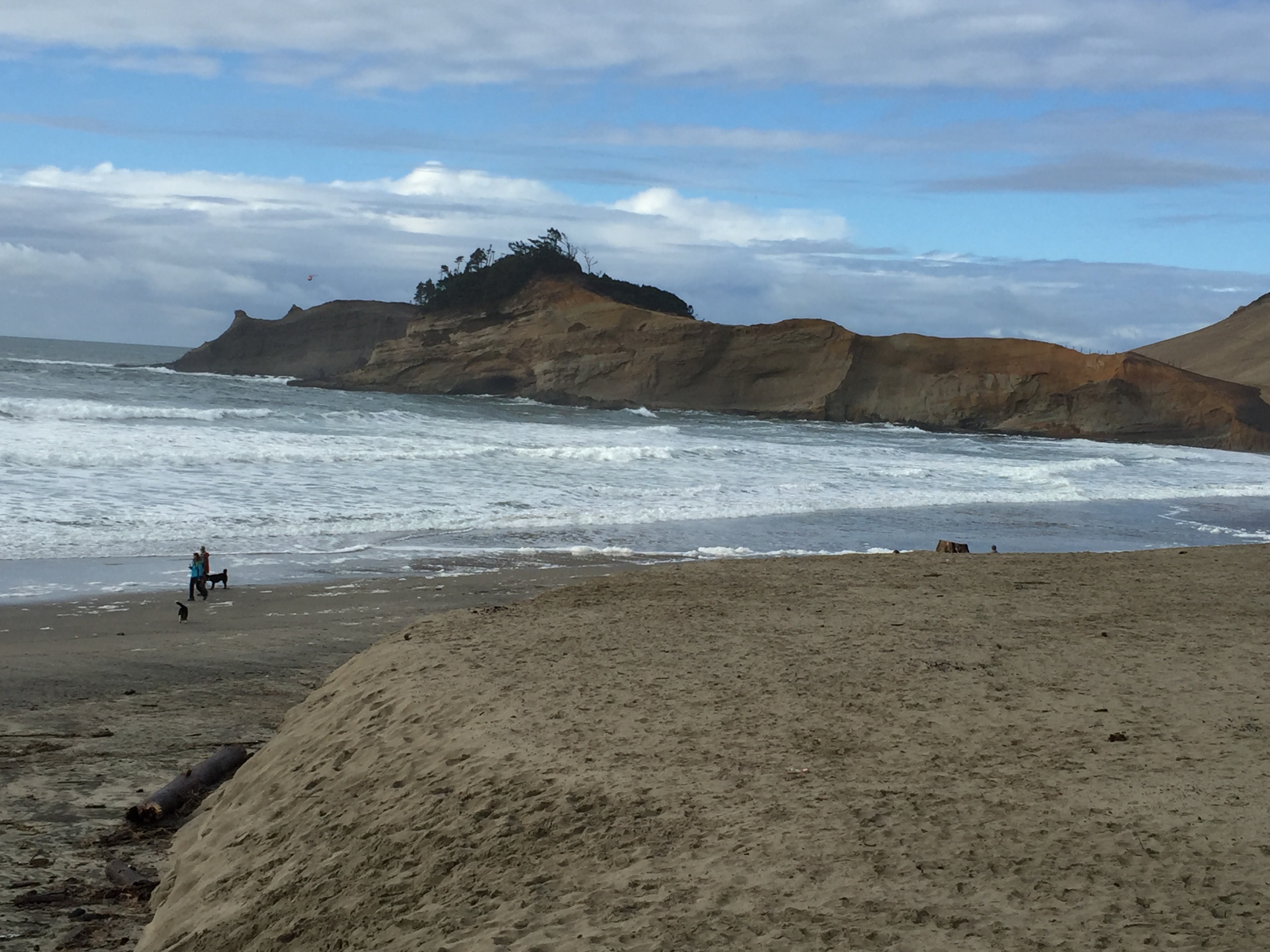 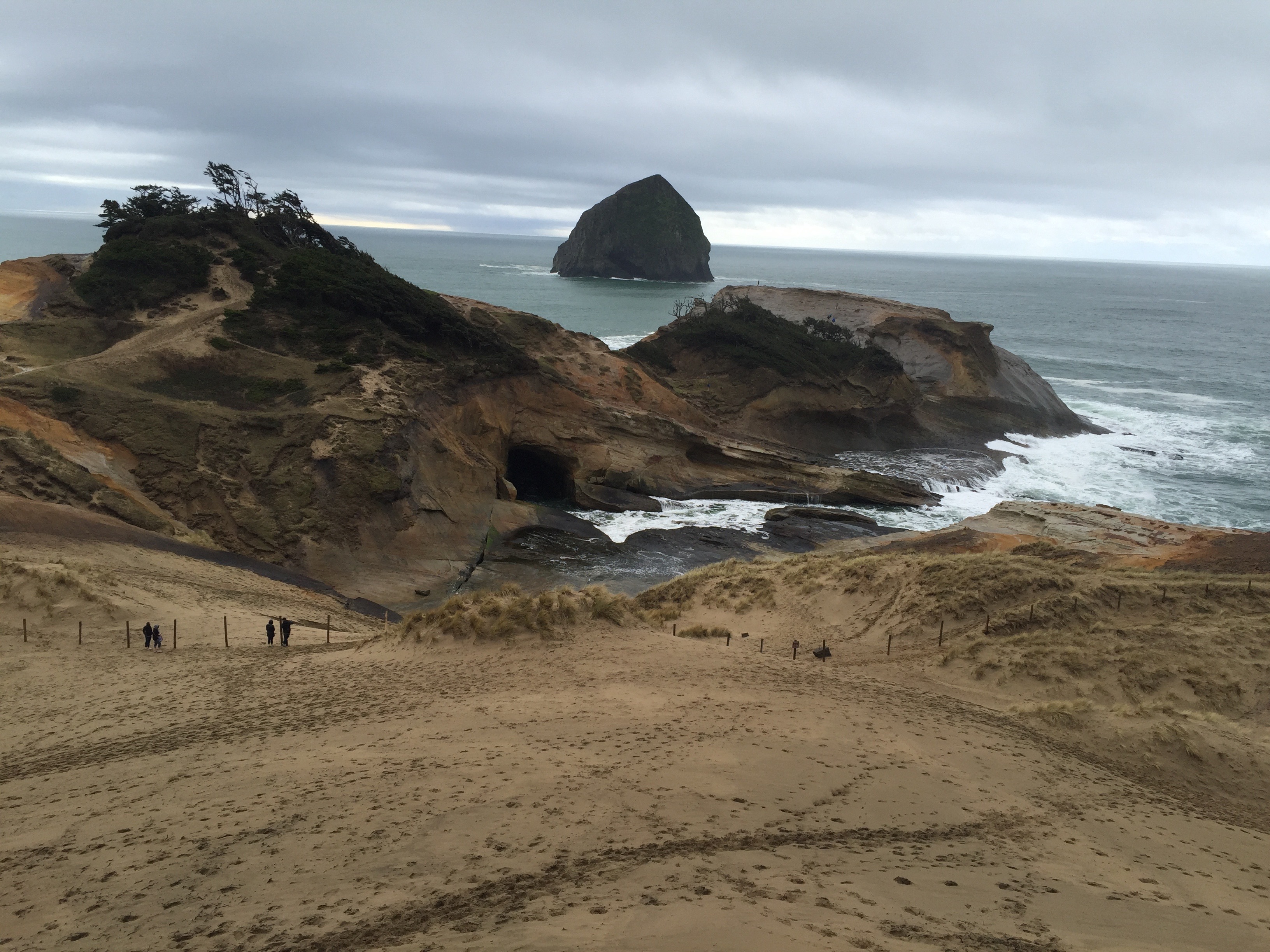 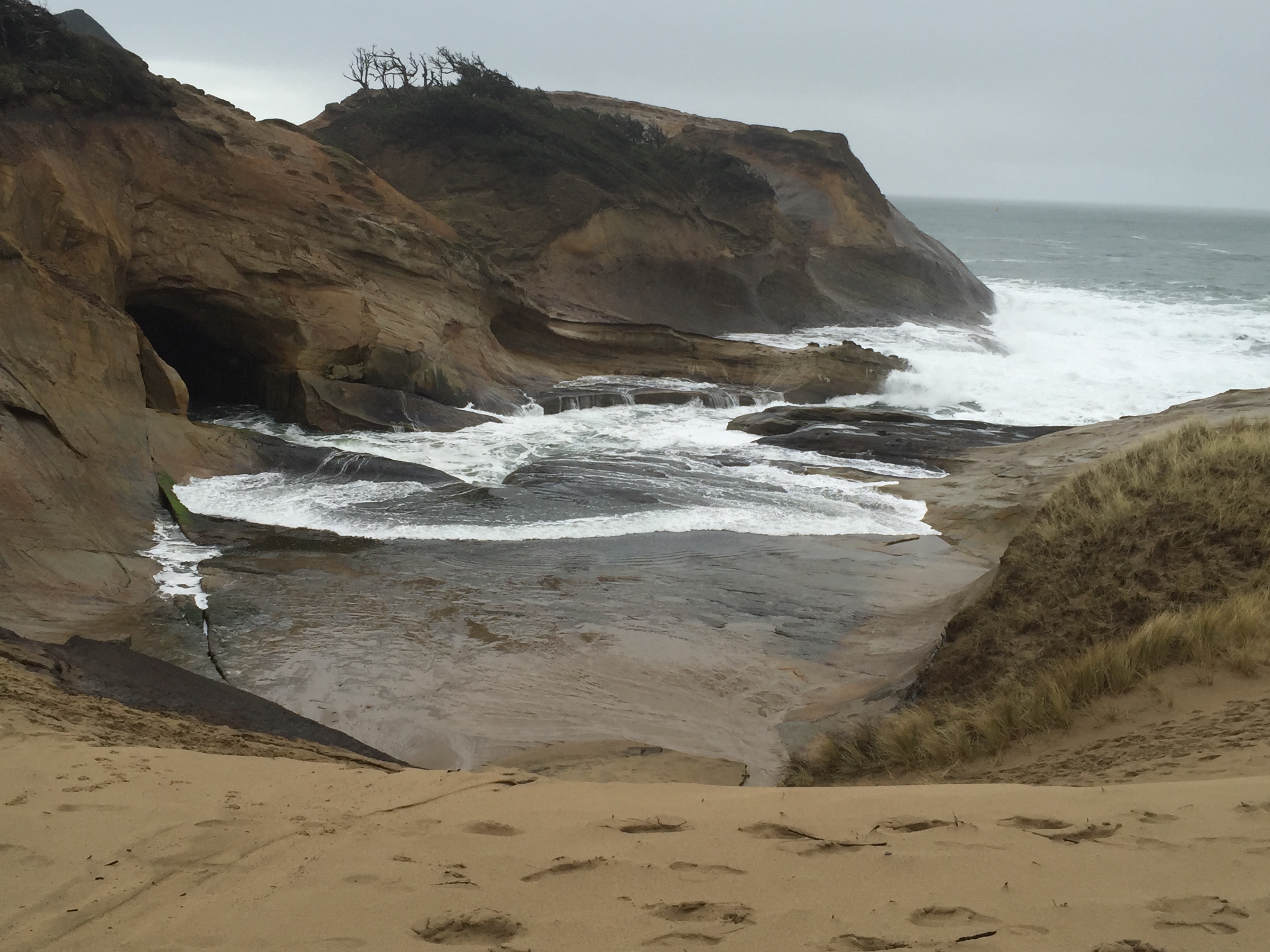 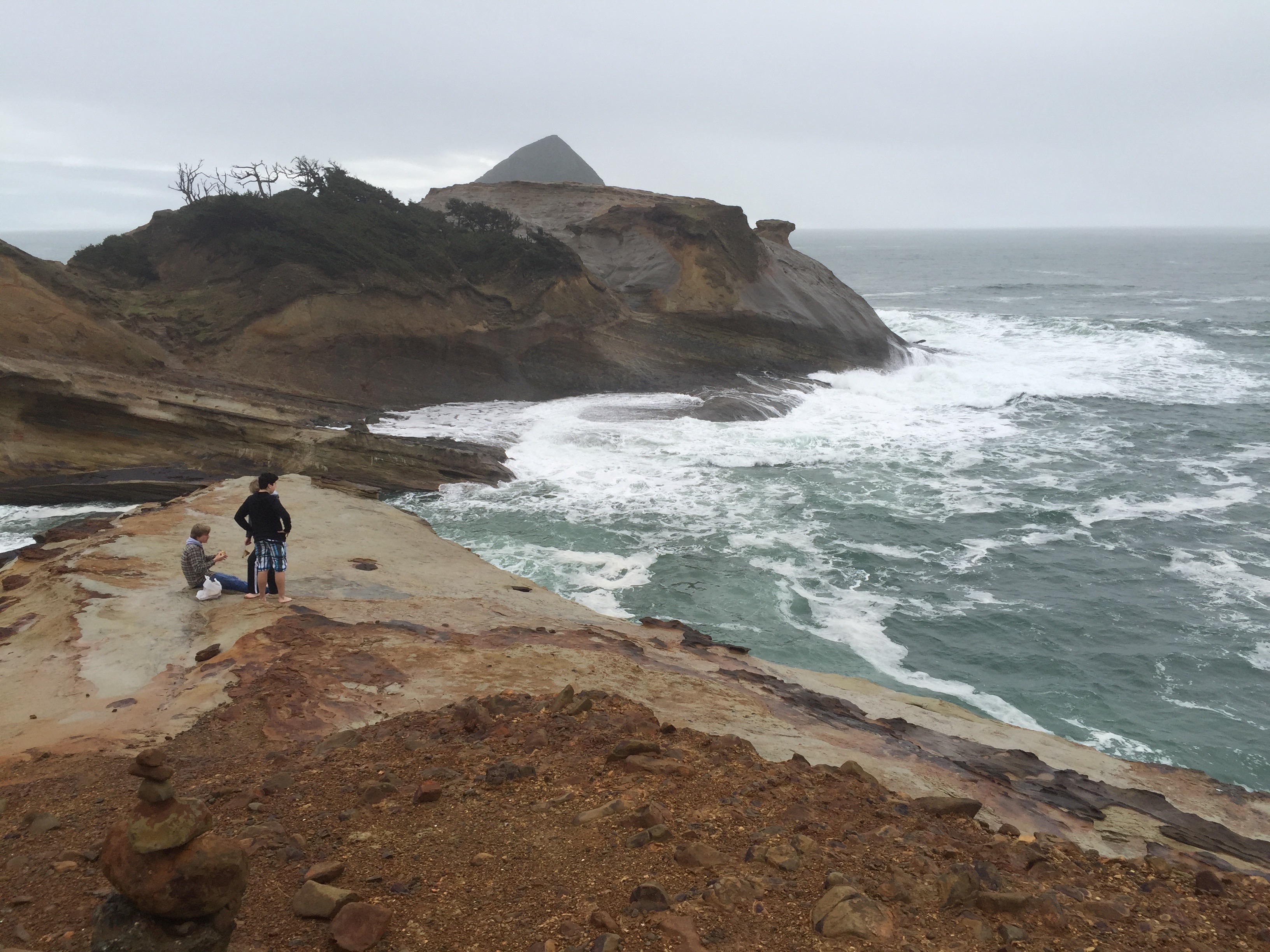 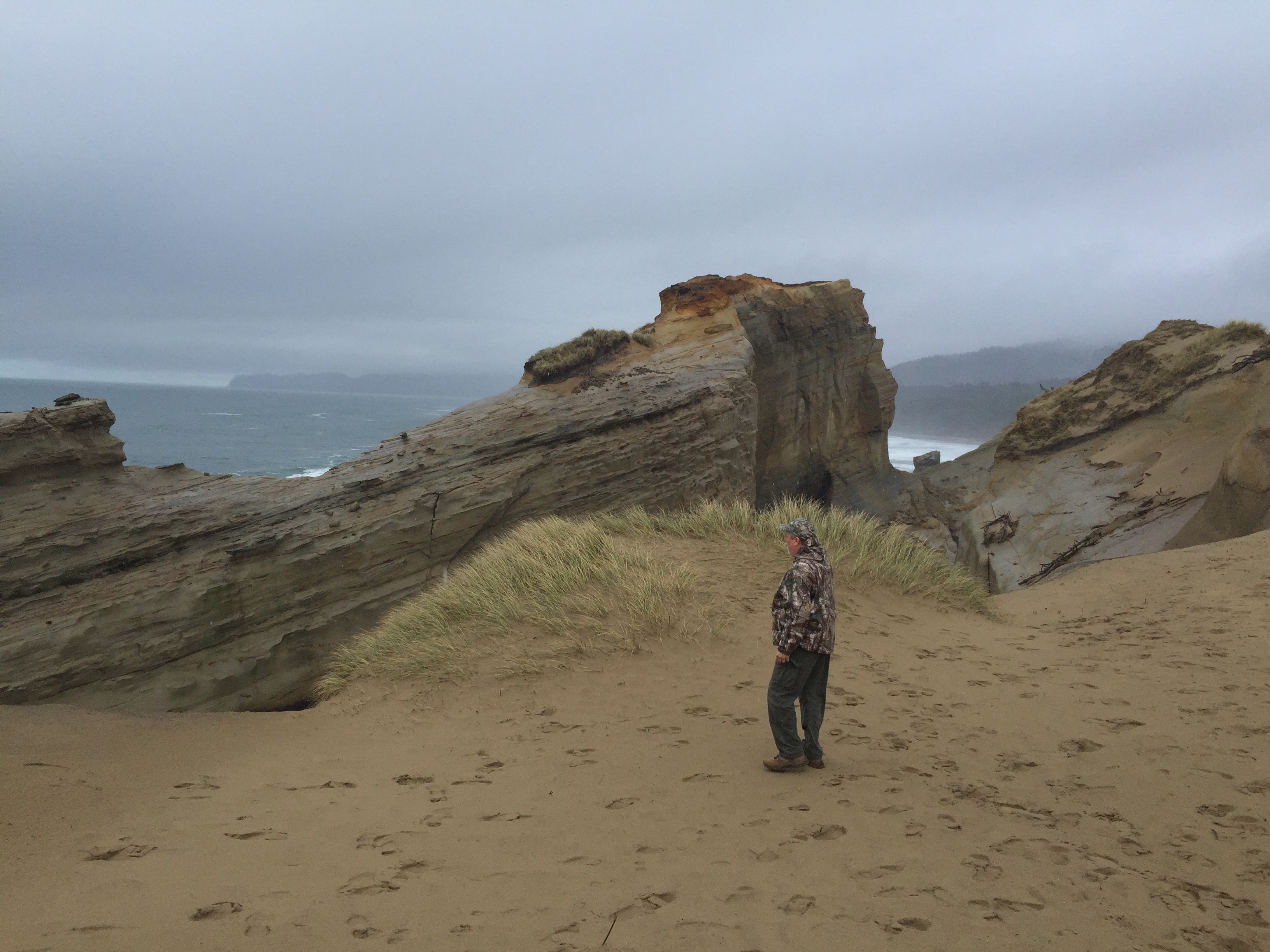 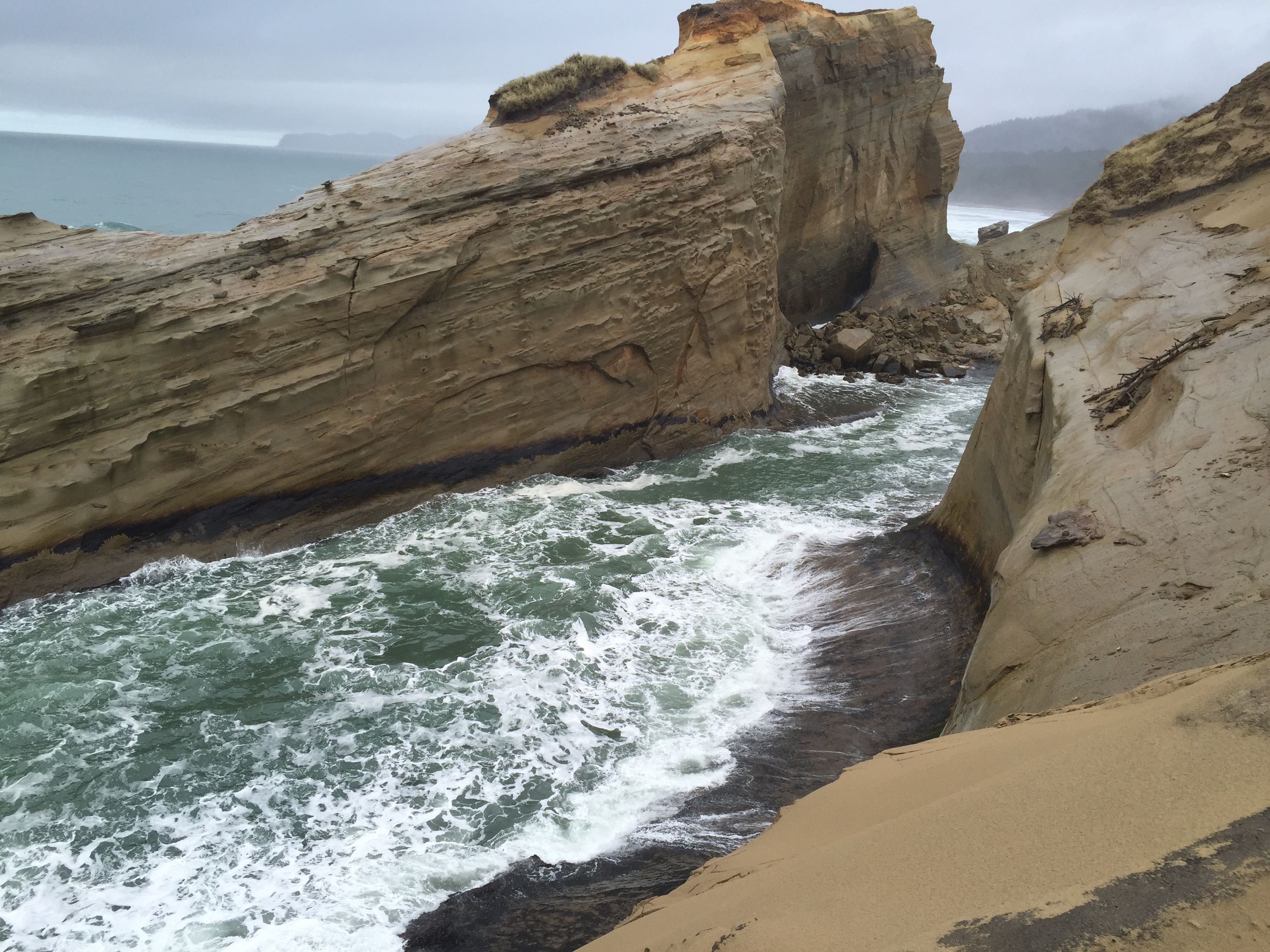 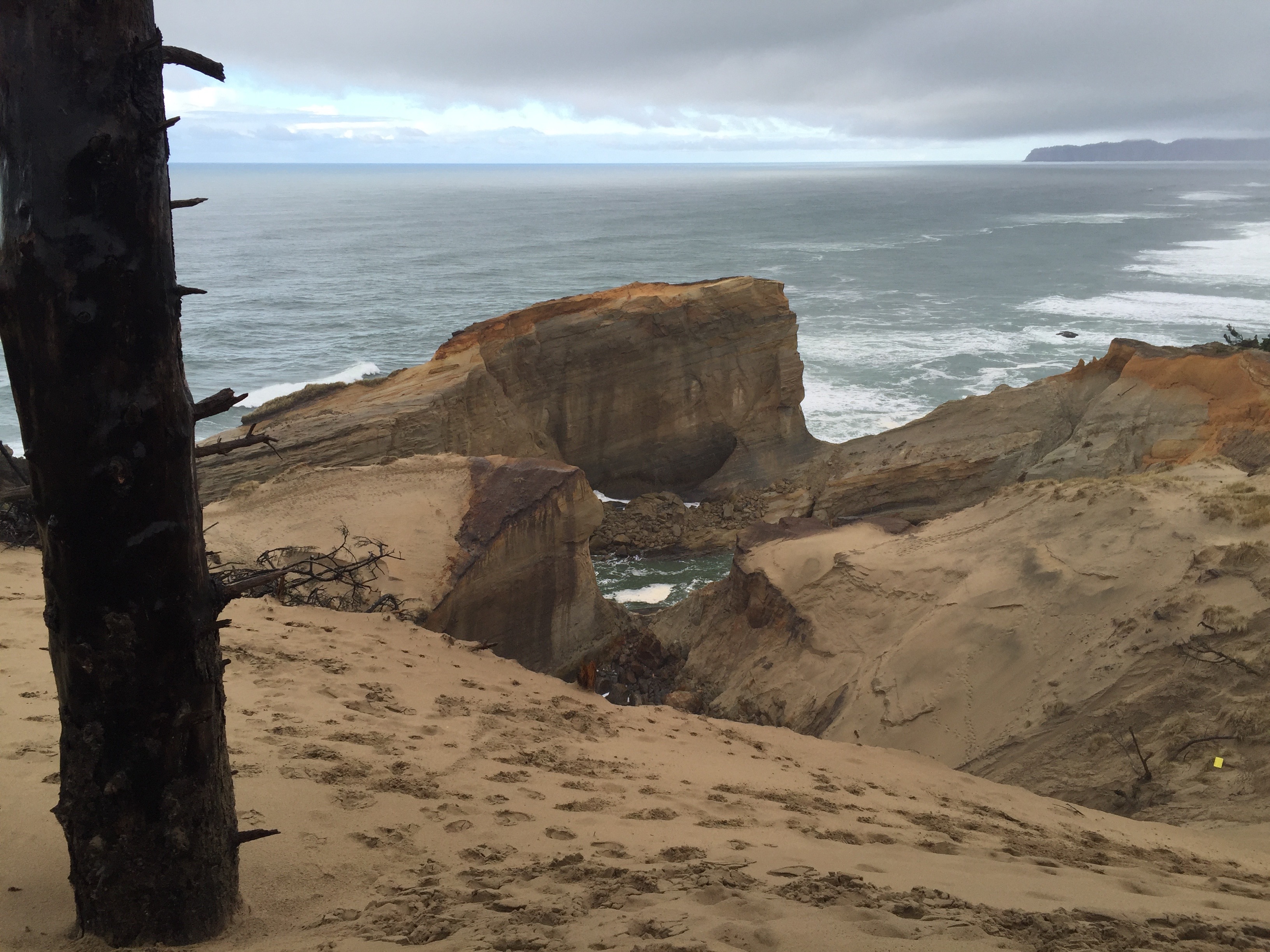 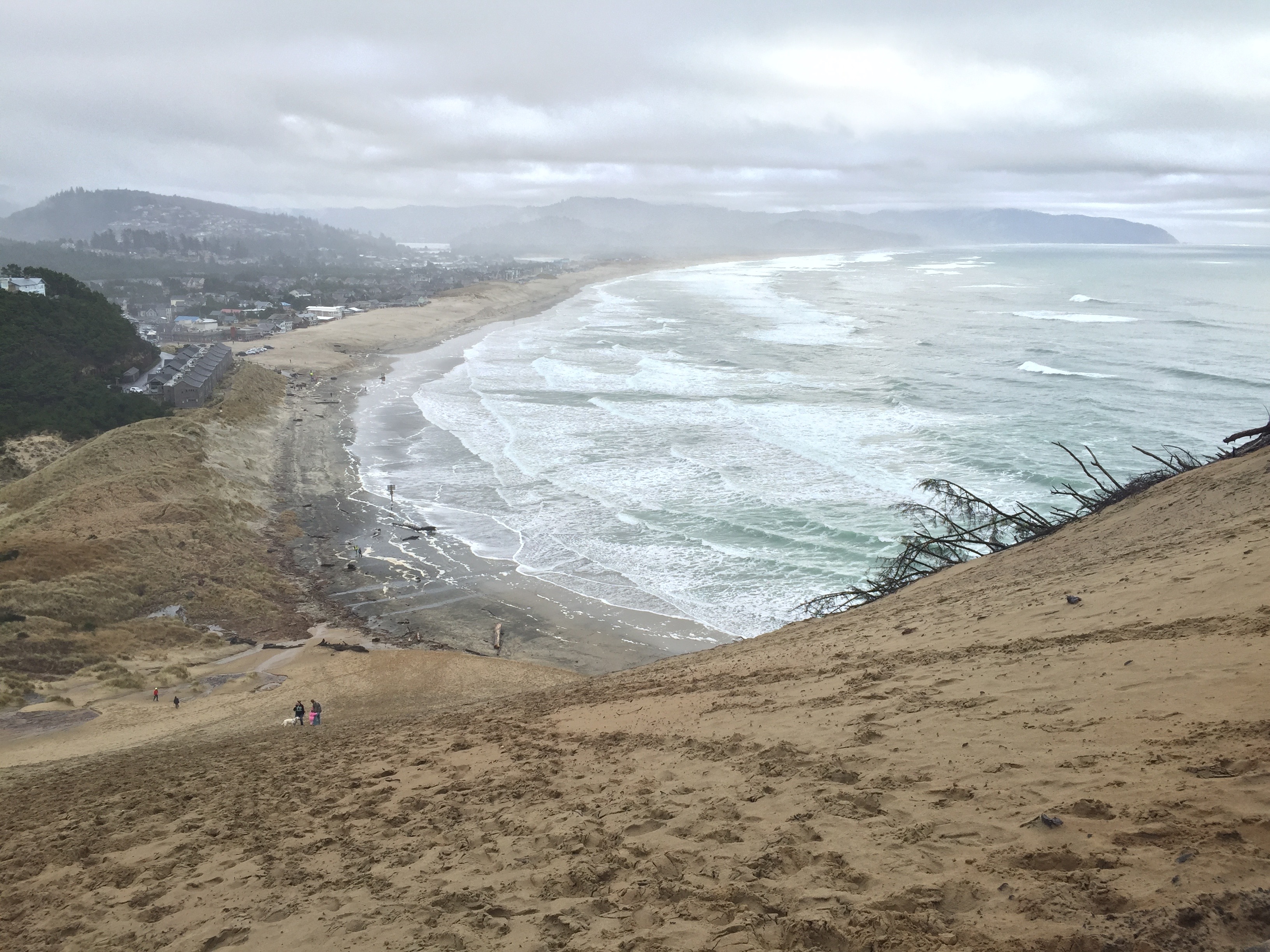