The use of trees or wooden poles as an object of worship in the ancient world was universal as a fertility or phallic symbol. In many places, the Bible strongly condemns involvement with this pagan custom. Obviously the tree of Jeremiah 10:1–5 is not the modern “Christmas tree” as we know it, since Christmas wasn’t invented by the Christians until about the late fifth century AD. However, the decorated tree is a pagan symbol as evidenced by history, which is why it was outlawed by the Puritans and many other religious groups in America in the 1700s. It was not until the 1850s with many Germans migrating to America with their Christmas tree tradition that Christmas became popularized again in this country. 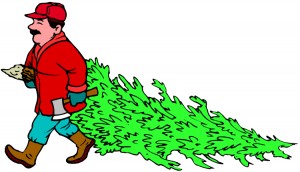 Often our view of the Scriptures is filtered through our emotions. We all struggle with this spiritual disease. When we’re extremely partial to a belief or an idea, we have a hard time conforming our lives to those biblical scriptures that disagree with us. Thus, we have a spiritual blind spot. For many, Christmas has become a spiritual blind spot because it is so ingrained in our families and the culture  around us. It is perhaps the hardest thing for people to let go of because of family and emotional ties. Each of us has to make the choice: Do we love the praises of family or the praises of Elohim more (John 12:43)?

Jeremiah 10:1–5 is the perfect description of what has come to be known as a Christmas tree. END_OF_DOCUMENT_TOKEN_TO_BE_REPLACED