Genesis 6:2, Sons of God. We find here an interesting construction in the Hebrew text. Literally, the Hebrew reads, “sons of the gods” or beney–ha-elohim. Usually, the word elohim, when referring to the Creator, doesn’t have the definite article, but simply Elohim. The word elohim not only can refer to the Godhead, but can also mean “angels, gods, rulers or judges.” The phrase, “the gods/ha-elohim” referring to pagan demon-deities is also found in Exod 18:11, “Now I know that the LORD is greater than all the gods/ha-elohim; for in the very thing in which they behaved proudly, He was above them.” Is it possible then that the phrase, “sons of the gods” in this verse can refer to fallen angels? I believe so.

Genesis 6:3, My Spirit shall not strive [Heb. deen]. The LXX, Targums, Aramaic and Latin Vulgate all say abide instead of strive, which is an alternate translation from the MT. This is the translation that Philo presumes in his commentary on this passage (Allegorical Interpretation, “On the Giants,” chap. V.19). From this verse based on this alternate translation, it appears that the Spirit of Elohim was endeavoring to convict man of sinfulness and bring him back to the paths of righteousness, but that man was so evil and reprobate that Elohim gave up on this endeavor and had no choice but to pronounce divine judgment upon man as the final solution in dealing with the problem. Perhaps this gives us a clue as to what the “restrainer” of 2 Thess 2:7 is that Elohim will take away from the earth before the apotheosis of evil occurs in the last days just prior to Elohim pouring out his divine wrath on mankind as foretold in the Book of Revelation and elsewhere.

Whatever the meaning of nephilim and/or sons of Elohim may be, two schools of thought have prevailed in Jewish and Christian circles as to who these people were. One line of reasoning asserts that they were the children of Seth, while another presents the idea that the sons of Elohim were the offspring of sexual unions between fallen angels or demons and the daughters of men (called incubus) resulting in half-breed demon-humans (called END_OF_DOCUMENT_TOKEN_TO_BE_REPLACED 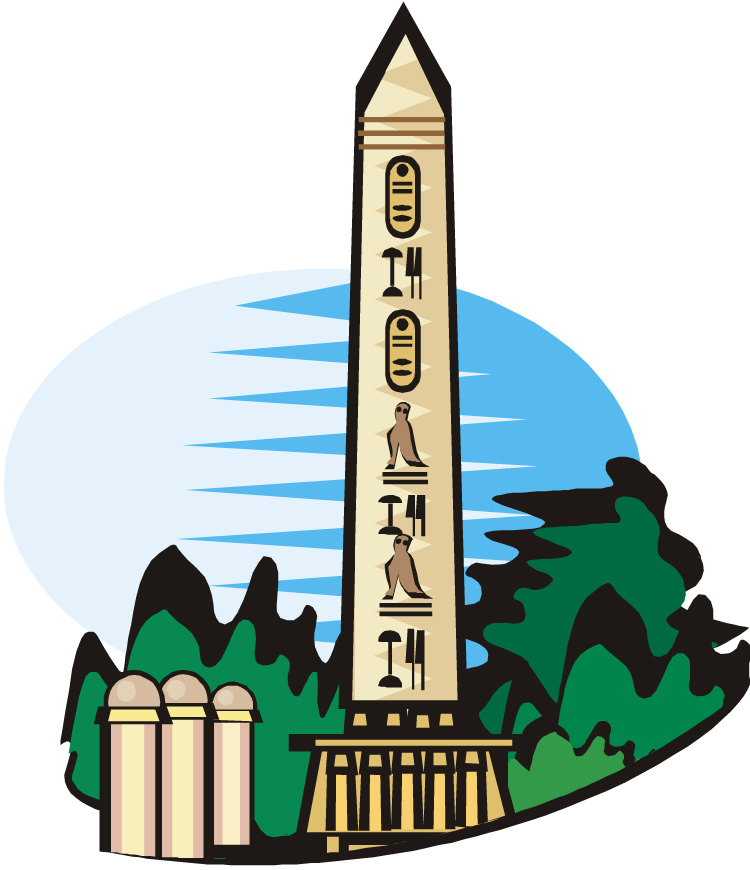 Deuteronomy 16:22, You shall not erect for yourselves a pillar [Heb. matstsebah], which YHVH your Elohim hates. The word pillar literally means “stand (upright), be set (over), establish.” One of the derivatives of this word is pillar or standing image. Such pillars were erected for pagan religious purposes (see The TWOT). C.J. Koster in his book The Final Restoration (reprinted as Come Out of Her My People) cites historical evidence for relating these pillars to the Egyptian and Babylonian obelisk, which was connected to sun worship (see also https://en.wikipedia.org/wiki/Obelisk) and the phallic symbol (also https://en.wikipedia.org/wiki/Phallic_architecture). He states that these pillars were commonly erected at the entrances to pagan temples (also https://en.wikipedia.org/wiki/Obelisk) as fertility symbols in honor of the sun deity (Koster. p. 79).

Even an Egyptian obelisk of this sort sits in the very center of the Catholic Church’s St. Peter’s Square in Rome, and it is traditional for obelisk-shaped steeples to be found on many Christian churches to this day in the form of a steeple (ibid., p. 81). Richard Rives in his book, Too Long In the Sun, makes the same connection between the Egyptian obelisk, Canaanite standing pillars and the Christian church steeple (p. 136).

What is the point here? YHVH commanded Israel to destroy these pagan symbols and to have nothing to do with them. They were abominations that would defile YHVH’s set-apart people. Have his people heeded his command? Many of these remnants of ancient pagan cultic practices remain in both the Protestant and Catholic churches to this day (Easter/Ishtar, Christmas/Saturnalia, the Christmas tree/Tammuz tree, the Christmas wreath/a pagan fertility symbol, Lent, Easter eggs and rabbits, and the list goes on and on). Does YHVH’s command to his people of the end times to come out of spiritual Babylon (see Rev 18:4) now take on a new meaning to you?

Pillar. The pillars the Canaanites erected to worship their gods were actually phallic symbols commemorating the incursion of the demon gods (sons of Elohim) when they had sex with the daughters of men to create their Nephilim or demigod children in the pre and post flood world (see Gen 6:2–6).

The Canaanites were not the only indigenous ancient people to have such a tradition of the gods mating with humans to create supernatural offspring. So did the Yoruba tribes of West Africa as well as the native peoples of Madagascar, Polynesia, New Zealand, along with the Hopi, Acoma, Arihara and Apache of North America, along with Celtic, Japanese, East Indians, Australians and Scandinavians. “Trees were employed…as facilitators, or places of meeting/joining of the gods of heaven with Mother Earth, while their branches reach out to Father Sky, of the gods of heaven…[T]rees form a bridge between heaven and earth and are a symbol of regrowth (reincarnation)…Because trees can live for hundreds and hundreds of years, their extraordinary life span represents  the immortality of the gods and the immortal spirit given to the original Nephilim. The World Tree is also the Tree of the Knowledge of both good and evil, for knowledge in pantheistic culture holds the key to immortality and reincarnation” (The Genesis 6 Conspiracy, p. 122, by Gary Wayne). “A Judeo-Christian, then, should be wary of the Christmas tree, for the immortal evergreen represents the meeting place of the gods and Mother Earth and the creation of Nephilim” (ibid., p. 123).

The act of the fallen angelic sons of Elohim mating with the daughters of men (Gen 6:2–4) and the results thereof literally turned the pre-flood world upside down resulting in YHVH’s most severe judgments against these evil-doers and those who followed them. The phallus to this day is the object that represents this act of rebellion and represents the unlawful sexual union between heaven and earth that created demons. Peter and Jude refer to this in their epistles (2 Pet 2:4; Jude 6).

1 Peter 3:19–22, Preached to the spirits in prison. Did Yeshua preach to the spirits in prison while he was dead? No. Verse 18 states that Yeshua was put to death, was then quickened or made alive by the Spirit (i.e. was resurrected from the grave), and then, in the spirit, he went to preach to the spirits in prison. From the context of this passage, we learn that Yeshua preached to the angelic spirits who rebelled in Noah’s time after he was resurrected from the dead. In this place of restraint, which Peter refers to as tartaroo (2 Pet 2:4 cp. Jude 6) and which in the ancient near east world referred to a subterranean or underworld prison, these evil spirits await Elohim’s final judgment (Jude 6).

Likely, Yeshua went there to inform these evil spirits that despite his resurrections and offering of salvation for human sinners, there is no redemption for these fallen demonic spirits because of the evil deeds they committed as recorded in Gen 6:2–4. Interestingly, the ancient Book of 1 Enoch gives us some additional background information that these same demons appealed their sentence in times past, but to no avail (1 Enoch 6:4; 13:12–3; 14:4–5).

This passage in First Peter ends in verse 22 with Yeshua taking his position victoriously at the right hand of Elohim above angels, principalities and powers. In other words, Yeshua has overcome all the rebellious plans and machinations of Satan and his evil demonic spirits to subvert Elohim’s plan of redemption for man. The end result of YHVH’s plan of salvation for man will be the glorification and exaltation of man at Yeshua’s second coming to a position above the angelic realm (Heb 2:6–7 cp. 1 Cor 6:3), which is something that Satan attempted to prevent through his attempted subversion of the human race and the thwarting of Elohim’s plan of salvation of man as recorded in Gen 6:2–4. By Yeshua’s resurrection and his victory over sin, death, hell, the grave and Satan, he has defeated all the enemy’s plans. Through our acceptance of and identification with Yeshua’s death, burial and resurrection through the spiritual ritual of baptism for the remission of sins (1 Pet 3:21), we have access to this glorious victory over evil and the potential to become the glorified children of Elohim (John 1:12; Rom 8:14–15; 23; 9:4; 2 Cor 6:18; Gal 4:5–6; Eph 1:5; 1 John 3:1–2; Rev 21:7).

1 Peter 3:19, Baptism. This passage is equating baptism with a pledge of loyalty to the risen Savior. In the cosmic struggle between good and evil, between Satan and Elohim as specifically noted in the larger context of this passage as regards the sins of the angelic “sons of Elohim” in Gen 6:2, baptism is the public oath a new believer takes in favor of Elohim and against Satan. This is why the baptism ritual in the early Christian church included a renunciation of Satan (and his minions) and involved literally turning one’s back on the setting sun and facing the rising sun. This wasn’t an act of sun worship, but an acknowledgement of Yeshua, the Creator of the sun who is the Sun of Righteousness (Mal 4:2) and whose face shines like the sun (Rev 1:16) and who is the spiritual light of the world (John 8:12; 1:1–9), and who came to dispel the spiritual darkness (John 1:1–9) introduced into this world by Satan at the tree of knowledge (Gen 3) and by those angels that rebelled against Elohim and attempted to corrupt humanity both physically and spiritually (Gen 6:1–6; Jude 6; 2 Pet 2:4).