What is below is an extract from a much larger work I have published on this blog on the subject of the second exodus. You can find it at http://hoshanarabbah.org/blog/2014/04/19/the-second-exodus/. Natan

Although consisting of two chapters, this passage of the Scriptures is part of the same prophecy and speaks about the coming of Messiah, and the regathering of the outcasts of Israel from the nations to which they have been scattered. Below is a list of the salient points that pertain to the second exodus along with my commentary. 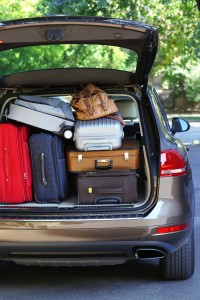 11:11, Here, the prophet seems to be talking about another group of people — a remnant of his people (the outcasts of Israel, verse 12) as opposed to the larger group of Gentile believers from among the nations (who have heard the gospel message) referred to in verse 10. YHVH will recover his people ­— the remnant of Israel — the second time (i.e., the second exodus) from all lands including the islands of the sea (North and South America, England, Australia, Japan, etc.).

11:13, It is among this remnant group of scattered redeemed Israelites and dispersed redeemed Jews that peace between the two groups will occur. How may we ask are these two previously antagonistic groups brought together? This can only occur through a common adherence to Torah and a belief in Yeshua the Jewish Messiah who makes of Jews and Gentiles one new man (Eph 2:11–19). At the same time, the adversaries of Judah and Ephraim (the Edomites or Moslems and their Islamo-fascist terrorist allies [more on this later]) will be cut off.

11:14–15, Together, Judah and Ephraim will defeat Edom, the Philistines of the West Bank, and Moab. (Note that all these enemies of Israel are Moslem nations! Compare this with the prophecies of Obad 18 and Zech 9:13.) Perhaps there are two groups of Judahites and Ephraimites: the remnant and the greater group. It appears that greater or national (secular) Judah and national (secular) Ephraim will defeat Edom, as it seems less likely that a remnant of Yeshua-followers (the end times Torah-observant saints) will be the ones to do this.

11:16, The scene switches back to the remnant again where a highway will be formed for YHVH’s people to return to Israel from Assyria (the nation of their captivity). This second exodus will be similar to Israel’s leaving Egypt the first time. As YHVH led ancient Israel through the wilderness en route to the Promised Land, he will do the same in the last days when Israel will return to the land of Israel from the nations of her exile.

12:1–12, This chapter seems to describe a millennial setting. For example, verse three is understood in Hebraic thought to be a reference to Hoshana Rabbah, the last great day of the fall biblical Feast of Tabernacles (or Sukkot), which is a prophetic picture of the Millennium when the Spirit of YHVH will be poured out upon the earth.

Now let’s note Isaiah 11:10–12:6 in the broader context of the chapters following this passage. Perhaps there is some additional understanding to be found as to the timing of Ephraim’s return by examining the event foretold therein.

Chapter 13:6, 9, 13 speak of the day of YHVH’s wrath, which occurs at the end of the age when YHVH will judge the nations as described in the seven bowl judgments of Revelation 15 and 16. The wrath in Isaiah 13 is directed at Babylon, and in Revelation 15 and 16 YHVH’s wrath is toward the nations of the world as represented by Babylon the Great, which is a greater, world-ruling version of the original Babylon. Because of the proximity of Isaiah 11 describing the second exodus with chapter 13 prophesying the fall of Babylon, it would appear that these two events are related.

After this, chapter 14 goes on to talk about the fall of the king of Babylon with verses 13 through 20 and then curiously links this to Lucifer’s (Satan’s) rebellion against YHVH and his fall from glory and his being cast into a pit (verse 15). The Book of Revelation also speaks of similar events—Satan’s fall from heaven (Rev 12:7–9), Babylon the Great’s destruction (Rev 18) and Satan’s being cast into the bottomless pit (Rev 20:1–3). Are Isaiah and John’s prophecies speaking about the same events that are to occur at the end of the age, and to YHVH’s end times judgment of Babylon the Great with Satan the devil as its head (see Rev 13, 18, 19 and 20)? This could be the case.

In chapter 14, Isaiah then goes on to prophecy another judgment against the king of Babylon, then a judgment against the Assyrians, Philistines (Isa 14), Moab (Isa 16) and Syria (Isa 17) and America—a land beyond and due west of Ethiopia that is accessible only by ocean ships (Isa 18), and, finally, judgment upon Egypt (Isa 19–20).

Then chapter 21 readdresses the fall of Babylon where in verse nine the phrase “Babylon is fallen, is fallen” is repeated as if to say that Babylon fell once, but that it will fall again in the end times. Most people are familiar with this phrase from John’s Book of Revelation (Rev 18:2), but are unaware that John is actually quoting Isaiah. It’s as if John is calling our attention to Isaiah’s prophecy as a corollary antecedent statement that relates to his own prophecy.

Isaiah then goes on to pronounce judgment against Edom and Arabia (Isa 21), against Phoenicia (Isa 23) and then against the whole earth (Isa 24). Could these prophecies of Isaiah be what John is seeing in Revelation when he describes YHVH’s bowl judgments against the whole earth just prior to the return of Yeshua (Rev 15 and 16), which John refers to as the wrath of Elohim (Rev 14:19; 15:1,7; 16:2,19)? In the chronology of the Book of Revelation, the fall of Babylon the Great occurs after the bowl judgments of the wrath of Elohim are poured out upon the whole earth. After this, Yeshua returns to this earth with his heavenly army to bring final judgment upon the armies that have gathered at Armageddon (Rev 19 and Jude 14–15). At this time, Satan and his Antimessiah confederacy, who dared to exalt themselves against YHVH and his Anointed One, will be dashed to pieces and destroyed for good (Rev 19:11–21; 20:1–3)!

So we see from this series of passages additional clues as to the timing of the second exodus and the return of Ephraim to the land of Israel. As the first exodus of Israel from Egypt occurred in conjunction with Egypt’s judgment and demise, so it appears that similar events will surround the second exodus. YHVH will judge all the nations which are part of end times Babylon the Great, and the devil, who is the instigator of man’s rebellion against YHVH-Yeshua, and then the dispersed captives of Israel will be set free to return to her promised inheritance.

Perhaps this whirlwind tour of all these prophecies is overwhelming, and my analysis may seem to be too broad and speculative. But before jumping to any conclusions one way or the other, let’s continue to examine other biblical prophecies on this subject to determine if a pattern of events will begin to take shape that will shed light on the timing of Ephraim’s return. After you begin to see how the pieces of the puzzle fit together to form the whole picture, you will be in a better position to determine if there is enough evidence from the whole counsel of the Scriptures to support what I am proposing. As the Scriptures say, “Despise not prophesyings. Prove all things, hold fast that which is good” (1 Thess 5:20–21).

1 thought on “Isaiah and the Second Exodus”