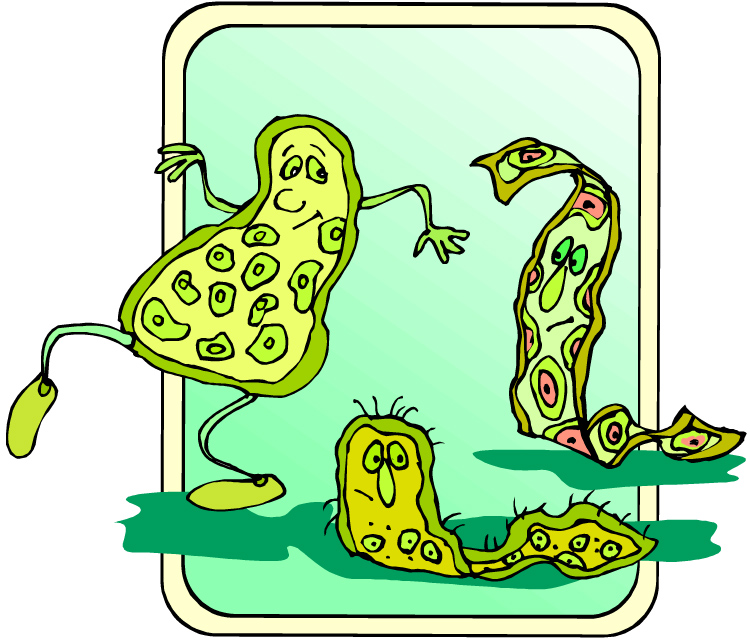 Often these two parshiot are combined in the yearly Torah reading cycle depending on how the biblical calendar falls for the year. Their combining is likely due to the fact that each is relatively short and deals with related subjects: namely, the ritual purity laws.

As we shall see, the causes of ritual impurity involve sin issues. As a remedy to this problem, the Torah prescribes procedures that the afflicted person had to follow in order to be deemed cleansed and thus be readmitted into the camp of Israel after having been temporarily expelled. All the rituals prophetically pointed to Yeshua’s atoning death on the cross.

These two parshiot dealing with diseased and unclean persons immediately come after the laws concerning clean and unclean meats (Lev 11). What the Israelites ate as well as the state of their physical bodies was an important aspect of holiness in the eyes of YHVH.

From these two parshiot, we learn that an unclean person could only become clean through the atoning blood of a sacrificed animal or through ritual cleansing of water by which he was reconciled to Elohim and brought back into the camp of Israel.

What can we learn from the juxtapositioning of these subjects (i.e. the laws pertaining to unclean meats and unclean people) in the Torah? Simply this. Man can easily become impure and defiled because of his innately depraved, crooked, and wicked heart that is at enmity with the laws of Elohim (Jer 17:9; Rom 8:7).

Since the fall of Adam, man has been in a state of impurity from Elohim. Thus, sin separates him from the presence of Elohim and from his fellow Israelites. Only the sin-atoning blood of Yeshua can bring him to a place of purity where he can be reconciled to the Kadosh (Holy) One of Israel, and become part of the camp (i.e. the congregation of the saints or kadosh ones) of YHVH.

Leviticus 12:1–8 deals with the purification of women after childbirth. Adam Clarke in his commentary states that when a woman has to bring a sacrifice after the birth of her child, Elohim keeps up the remembrance of the fact that through woman sin entered the world. He also keeps up the memorial of sacrifice to show that the state of a sinner, howsoever deplorable, is not hopeless. In every ceremony, we may see both the justice and the mercy of Elohim. Hence, while we have the knowledge of our spiritual impurity, we have also the knowledge of our cure—the sacrifice of an innocent animal, which always points to Yeshua who once and for all, in his sacrificial death, cleansed us from sin’s impurity.

Leviticus 13–14 deals with the disease of tzara. The noun tzaarath means “disease” or “skin disease” and is from the root tzara meaning “to be stricken, strike down, to smite heavily.” This is another disease that pictures the ravages of sin.

It was up to the priests to diligently inspect each diseased person—based on YHVH’s instructions and criteria—to determine whether one was unclean or not, and whether one was fit to remain in the camp of Israel. The priests were not to be hasty in their judgments, but were to make determinations based on diligent inquiry and to follow the exact protocols as outlined in the Torah. This teaches us that YHVH is exacting as to how sinners can be cleansed spiritually from sin and thus become part of the spiritual camp of the righteous redeemed. The Torah is the standard of righteousness that will judge all men. It also defines sin (1 John 3:4), and will determine one’s rewards in YHVH’s eternal kingdom (Matt 5:19).

Today, from time to time, those involved in gross sin must be put out of the congregation of the righteous. This is the duty of the leaders who must inspect individuals and make righteous decisions. Yeshua discusses this in Matthew 18:15–19 where he instructs leaders on how to deal with sin in the camp.

In ancient Israel, when disease or sin entered into the camp, it had be dealt with, so that the plague wouldn’t spread. It was the priests’ job to keep the camp clean physically and spiritually. For the children of Israel, the focus was on ritual, physical and moral purity. In the Testimony of Yeshua (and in our times) the focus is on spiritual and moral purity, and in protecting the congregation of the righteous from that which could harm or defile it spiritually. The apostles in their letters were constantly dealing with spiritual issues such as heretics, false teachings and philosophies that threatened to harm the body of believers. Even as the human body has defense mechanisms by which it can protect itself against disease pathogens, so the priest of old protected Israel from the spiritual disease of sin. Today, spiritual leaders such as pastors must protect the body of Yeshua the contagions of sin. Our Master talks about the good shepherd who is willing to defend the flock even if it costs him his life (John 10:7–14).

How did the apostolic leaders deal with the disease of grievous wolves who, like disease pathogens, threatened YHVH’s flock? To answer this question let us simply allow the truth of the Scriptures to speak to us. Very little commentary is needed here to make the point:

Now I beseech you, brethren, mark [to look at, observe, direct one’s attention to] them which cause divisions [sedition (incitement or rebellion against lawful authority), dissension] and offences [a stumbling block, an occasion to fall] contrary to the doctrine [teaching or instruction] which ye have learned; and avoid [turn aside or shun] them. For they that are such serve not our Master Yeshua the Messiah, but their own belly; and by good words and fair speeches deceive the hearts of the simple. (Rom 16:17–18)

From this simple expanded version of the text based on the meaning of the Greek words, is it not clear what is to be done with such individuals as described above? We are to be aware of what they are doing and then to have no contact with such individuals. There can be no place in the local flock or assembly for spiritual pathogens. Paul continues:

Now we command you, brethren, in the name of our Master Yeshua the Messiah, that ye withdraw [remove depart, abstain from familiar intercourse] yourselves, from every brother that walketh disorderly [out of ranks (as with a soldier), deviating from the prescribed order or rule], and not after the tradition [precept, teaching or instruction] which he received of us. (2 Thess 3:6)

And if any man obey not our word by this epistle, note [to mark, distinguish by marking] that man, and have no company [intimate friendship] with him, that he may be ashamed. (2 Thess 3:14)

But now I have written unto you not to keep company, if any man that is called a brother be a fornicator, or covetous, or an idolater, or a railer, or a drunkard, or an extortioner; with such an one no not to eat. (2 Cor 5:1)

A man that is an heretic [schismatic, factious, a follower of a false doctrine] after the first and second admonition [exhortation] reject [avoid, refuse]. (Tit 3:10)

Who should make the determination whether someone in the congregation is a grievous wolf, is causing sedition or offense, bringing in false teachings and resisting lawful authority? What is the role of the shepherd if not to protect the sheep of his flock? Who should pick up the rod and defend the sheep against the individuals involved in the activities listed above? Who should be the one to warn the offending party, urge them to repent and if they refuse to remove them from the flock? Biblically, this is the role of the shepherd overseeing the flock. In following the example of Yeshua the Good Shepherd who laid down his life for his sheep, the under-shepherds of Yeshua (the spiritual elders in a local congregation) are to do the same, if necessary, in protecting the flock from wolves (John 10:10–14).

In ancient Israel when a person was deemed to be unclean, he was cut off from Israel. This effectively put a stop to his secular business and cut him off from his friends and relations. It was almost like a death sentence. In order to be pronounced clean and to be let back into the camp, the metzora (the diseased and impure person) had to accept humbly the verdict of the priests, and accept his punishment. In being put out of the camp of Israel, the unclean person was effectively cut off not only from communion with YHVH’s people, but from YHVH’s himself whose Presence resided in the tabernacle.

How the Torah mandates that the metzora be dealt with teaches us much about the contagious and evil nature of sin. It must be put out of our individual lives and out of the congregation of the righteous redeemed, so that it won’t contaminate others.

The priests couldn’t cleanse the sinners; he had to cleanse himself (Lev 13–14). They cleansed themselves through right living and washing with water. When cleansed, the priests simply examined the person to determine if the disease was gone. They then officiated at his cleansing rituals, determined whether he was clean or not, and whether he could be readmitted into the camp of Israel. These cleansing rituals prophetically pointed to Yeshua’s atoning death on the cross (as discussed below).

When a person was deemed to be free of their skin disease and had been pronounced clean by the examining priests, they were welcomed back into the camp of Israel. By comparing physical skin diseases to sin, we can deduce that when we withdraw from those who walk disorderly, when they repent, they must be welcomed back into our midsts with tenderness and joy, and sincere affection. Care should always be taken to insure that sinners not be encouraged, nor penitents discouraged. We see the example of this in Paul’s dealing with the sinning man in the congregation in Corinth. He was put out of the congregation, and upon repentance was brought back in again (1 Cor 5:1–12 cp. 2 Cor 2:3–11).

Parshiot Tazria-Metzora teaches us that the “leprosy” of sin ruins families and churches. Sin is pernicious and pervasive and can easily be interwoven into the fabric of human society and relationships. This is why those in positions of spiritual responsibility and authority (heads of families, ministries and congregations) must diligently protect those under their charge from the pervasive influences of the leavening of sin.

3 thoughts on “Leviticus 12–15: Dealing With Contagious Sin Pathogens in Oneself and in the Church”