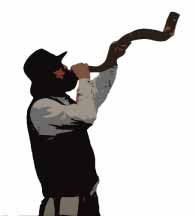 Even more than in the late 1960s, the U.S. is in a cosmic civil war. This time, it’s not north versus south this time as in the 1860s—slavery vs. anti-slavery.

True, one half of the country is pitted against the other half, and the issue still has to do with slavery, but a different type of slavery. One half of our population wants to remain free to follow somewhat the traditional patriotic, fundamental, traditional Judeo-Christian values that this nation was founded upon. The other half wants to “progress” us toward a “politically correct,” Elohim-hating slave-system where the government in conjunction with big business wants to move us into a system of global faciscism or neo-feudalism where the political-economic interests control at the micro level the actions and even the thoughts of the society and the individual. This is called social engineering. This control will be affected through a technocratic dictatorship where technology orchestrated by a coterie of global, Luciferian, money and power hungry devil worshipping monster elite freaks who will attempt to be the slave master over all people. Those who refuse to go along with their evil schemes, antichrist system will be marginalized or excluded from being able to participate economically, thus jeopardizing one’s means of survival. This is how the system will force people into compliance.

YHVH Elohim has given his righteous saints advanced intelligence info on this in biblical prophecy. We read about it in Revelation chapters 13, 14, 17, 18. Now is the time to draw closer to Yeshua the Messiah than ever before. The watchmen are warning. Are you listening?

Can you turn off the video games tv, sports and the nonsensical, mind-numbing chit chat of social media long enough to listen to and to heed the warning and to prepare yourself spiritually? Or are your so smug in your self-assured state of lukewarmness and self-delusional denial that you will simply escape to the comfort zones of your spiritual complacency and the selfishness of self-gratification, while pulling the covers back over your head as you go back to sleep entertaining yourself by indulging yourself in the cares and pleasure of this physical life?

Now is the time to look up, for your redemption draws near!

5 thoughts on “A New Civil War Leading to and Not Away From Slavery!”