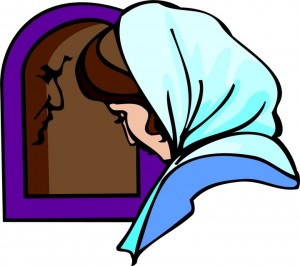 Based on this passage in Isaiah, can we see any spiritual parallels between Judah and America (and most other nations, for that matter)? Some might ask what a prophecy given by a Hebrew prophet to the Jewish nation some 2600 years ago has to do with us today? To answer that question we would pose several questions: Have YHVH’s standards of righteousness and law and order ever changed? Is sin still sin today as it was then? Is there a day coming when YHVH will hold men accountable for their sinful action? Is there a heavenly judgment seat before which all must eventually appear? Is there a day coming at the end of the age when Elohim will pour out his wrath and man will be punished for his sins against his Creator? With these things in mind, let’s see if the sinful activities of men have changed much in 2600 years since Isaiah’s time.

1:2, They have rebelled against me. What is the scriptural definition of rebellion? Rebellion against what? For the concept of rebellion to be relevant and applicable there has to be a standard or rule of law the violation of which constitutes rebellion. What is YHVH’s standard of righteousness by which he will judge nations and individuals? Has that standard ever changed? Make no mistake, it is his immutable Word that will judge us. There is no escaping this fact. (Read John 12:48 and Deuteronomy 18:19.)

1:3, The ox knows its owner. Apostasy and spiritual degradation leads to one place: a complete loss of one’s spiritual identity. One forgets one’s spiritual heritage and relationship with their Creator, and becomes, in a sense, worse than an animal. (See 2 Pet 2:12 and Jude 1:10.)

As an interesting side note, Scripture prophesied that Israel would become animalistic in its apostate condition as it sought to imitate the heathen nations around it. As a result and in judgment, YHVH would allow Israel to be taken over and swallowed up by the same nations that Scripture refers to as “the beasts of the field.” In Deuteronomy 7:22, we see that the term “beasts of the field” represent the nations of the earth from which Israel was to stay separate. (See also Jer 12:9; 27:6; Dan 7:3.) The Children of Israel were scattered or exiled and became meat for all the beasts of the field (Isa 56:9; Ezek 34:5; Hos 2:12). Scripture likens exiled Ephraim (the Northern Kingdom), who fell into idolatry and mixed with the beast (Gentile) nations, to beasts of the field themselves (Hos 2:16–19 cp. Acts 10:12). In the future, YHVH will make a covenant (a marriage betrothal agreement or ketubah) with Israel who had themselves become “beasts of the field” (Hos 2:18; see also Jer 31:31–33 cp. Rom 1:23,18–25).

Can you see America in this? This nation was once a predominately Christian nation, but now many reject and scorn our spiritual heritage. What has been the result of our spiritual and moral declension? What is the current state of Christianity in America compared to the foreign religions and ideologies that have been infiltrating and spreading here? Which one is growing and which one is declining in influence and respectability?

Goy is translated in the Tanakh (Hebrew Scriptures) as nation 374 times, as heathen 143 times, as Gentiles 30 times, and people 11 times. Whenever the word gentile is used in the KJV it is the word goy. According to Strong’s Concordance, the meaning of goy is “a foreign nation; hence a Gentile; also (fig.) a troop of animals, or a flight of locusts.” According to Gesenius Hebrew-Chaldee Lexicon, the word goy means “a people, a confluence of men,” and “contextually in holy Scripture it is used to refer to the other nations besides Israel, the foes of Israel, and strangers to the true religion of Israel.” There are times when this word refers specifically to Israel (e.g., the descendants of Joseph in general: Gen 48:19; of the Southern Kingdom of Judah when it forsook Elohim and its covenant with him and became like the surrounding heathen nations: Isa 1:4; of the Southern Kingdom: Isa 9:1; of Israel in general: Isa 26:2; 49:7; Ps 33:12; Gen 12:2; 35:11). There are numerous other instances in Scripture where the words goy or goyim are applied to the descendants of Abraham. Scripture’s use of the term is unbiased and lacks any of the pejorative implications that have been applied to the term subsequently (e.g., Gen 17:4, 5, 6, 16; 18:18; 25:23; 46:3; Exod 19:6; 33:13; Deut 4:6, 7, 8, 34; Ezek 37:22). As already noted, goy simply means “people group.” The Greek word ethnos (Strong’s G1484) as found in the Apostolic Scriptures is equivalent in meaning to the Hebrew word goyim.

1:4, They have forsaken YHVH. As a society, have we in the West forsaken our biblical heritage, and have we turned our backs on YHVH? A popular bumper sticker reads, “God Bless America.” Many want YHVH’s blessing, but how can he bless us when we have become an irreligious, amoral, irreverent, rebellious and hedonistic people? He will not bless wickedness! That bumper sticker instead should read, “Bless God America!” or perhaps even humbly beg, “Please God, bless America.” It is only when we begin blessing him through worshipping him and obeying him that he can then truly bless us. We will then show him by our righteous actions that we are not forsaking him.

1:5–6, The whole head is sick … no soundness … putrefying sores. In general, what is the state of the political and spiritual leadership in America and other western nations?

1:7, Your land … is overcome by strangers. Two major issues are facing America right now: the threat of Islam and the millions of illegal aliens that live in our land and are sucking its resources dry. Our political leaders would have us to believe that this is a blessing. But what does Isaiah have to say about this condition? For him, it is clearly a hallmark of a sinful nation.

1:10, You rulers of Sodom; give ear unto the Torah. Israel had become spiritual Sodom. What was the sin of Sodom and how does this apply to western civilization today? Is it possible that the Christian church’s forsaking of YHVH’s Torah (YHVH’s standards of righteousness) is directly related to the rise in the acceptance and even exaltation of sexual perversity in our nation?

1:14, Your new moons and your appointed feasts my soul hates. To whose new moons and feasts is YHVH referring? His set-apart Torah feasts that he divinely revealed to Israel at Sinai, or YHVH’s feasts that men had corrupted or changed through syncretism with pagan religious customs thus desecrating that which was pure and set-apart making these paganized holidays contemptible to YHVH? Has the Christian church exchanged YHVH’s biblical feasts for man-made celebration or holidays of dubious—definitely not biblical—origins?

1:15, Your hands are full of blood. YHVH is talking here to the nation of Israel, his people, and not to the world. How many believers are guilty of infanticide through the acts of abortion and various birth control methods (such as the IUD and “the pill”), which result in the murder of the unborn? Those who have practiced this and who have not repented of their sin, YHVH says he will not hear their prayers!

1:17, Relieve the oppressed. Numerous passages in Scripture reveal the Father’s concern for the oppressed, the fatherless and the widows. Does your love for others stop at the front door of your house or your congregation? We are duty bound by the Word of YHVH to be charitable toward this class of people. The Torah even commands Israelites to help the poor through what the rabbis call the third tithe (Deut 14:28). The poor include the Levite (those who instructed Israel in the ways of YHVH), the stranger, the fatherless and the widow (Deut 26:12). What did Yeshua teach about helping those in need who are our neighbors? (See Luke 10:25–36; please note Yeshua’s command to you and me in verse 37; Matt 25:31–46.) What did the apostles have to say about this? (See Jas 1:27; 1 John 3:17–18.) When was the last time you reached out to the needy in the love of Yeshua with your time, talent or treasure?

1:18, Though your sins be as scarlet. Though the words of prophets are uncompromising with regard to the evils of sin and the punishment that will befall the repentant of heart, the message of YHVH’s grace and forgiveness comes through loudly and clearly time and again! What must YHVH’s people do to receive that heavenly mercy? (Read verses 19 and 20!)

1:19–20, Willing and obedient … refuse and rebel. Nearly all of YHVH’s judgments are conditional and are based on the response of the recipient to the message of YHVH’s prophets to repent and return to Torah. These two verses have applied to all of us at some point in our spiritual walk, and will continue to apply to us from time to time has we have to make choices to obey YHVH, or to obey the dictates of the world, flesh and the devil. What do these verses reveal about the end consequences of the choices we make? Compare this with what YHVH reveals through Moses’ writings in Deuteronomy 11:26–28 and 30:15–20.

1:21, The faithful city become a whore. How does a righteous city or nation that obeys the instructions and teachings of YHVH become a whore? How can this idea be applied in our day to a modern-day nation, such as America, and to religious systems, such as Christianity? Relate this to YHVH’s admonition to his people in Revelation 18:4 to exit religious or spiritual Babylon. What is spiritual Babylon that “his people” are a part of?

1:22, Your silver [kesef] has become dross [waste, refuse, impurity]. Silver is the Hebrew word kesef (Strong’s H3701) meaning “money.” Isaiah could be referencing, in this passage, to the state of Israel’s economic system that, due to Israel’s turning from the paths of righteousness, had brought a curse upon itself and had gone from a lender nation to a debtor nation. Indeed, Deuteronomy 28:44 states that indebtedness (and by inference, economic inflation) would be the result of the nation which turns away from YHVH’s righteous biblical standards. Has this happened in America? Silver is also a biblical symbol for spiritual redemption. This same verse speaks of the wine being diluted. In Hebraic thought, wine is a picture of the Torah. In Christian thought, wine is a picture of the blood of Yeshua. To what might the prophet be referring in this passage concerning the spiritual state of Israel in his day? How about to us in our day?

1:23, Your princes are rebellious. In ancient Israel, the princes were the governmental leaders and judges. In biblical Hebraic thought, the idea of rebellion involves turning away from YHVH’s Torah or instructions in righteousness. In our day, how many political leaders and judges can you name who live and govern according to principles found in the Word of YHVH?

1:24–27, The state of the nation was not hopeless. What (or who) was the one source of Israel’s hope? Is it any different in our day? Can we really expect anything to change in this nation and in the world short of a divinely initiated spiritual revival? What are you doing to light the fires of revival in your life, and in your family, and in your spiritual community? If enough small fires of revival are started can a difference be made world wide helping to prepare the way for Messiah to come?