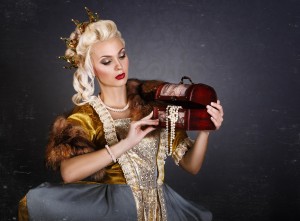 In this event, Yeshua is coming against the rapacious banking system of the nation of Israel, which was centered around the temple, which was the storehouse of the nation’s wealth. This evil banking system continues to this day and is run by a cabal of global elitists who control the governments and economies of this world for their own benefit. Often the religious and banking systems are united at some level, since both are motivated by the love of money and power. At the highest levels, neither care for the welfare or well-being of the common man — especially the poor and helpless who have little power, wealth, voice and influence. At Yeshua’s second coming, he will suddenly come to his temple to purify the sons of Levi or the religious system. En route to Jerusalem, he well also destroy Babylon the Great with its false weights and measures rapacious banking system. He will then establish his world-ruling government, which will be based on righteous laws of the Torah where the economic system will be based on true weights and measure, and where the sick, poor and helpless will be cared for in a righteous manner. After Yeshua overturned the money changers’ tables, he then immediately began healing the lame and the sick. This is prophetic of what Yeshua will do at his second coming.

His cursing of the fig tree in the next verses illustrates Yeshua’s view on an economic and religious system  of his day that to outward appearances was beautiful, but at its heart was corrupt and fruitless. Men and human nature being what they are, nothing has changed in respect to these systems down through the ages.

Matthew 21:19, And seeing a fig tree. Verses 42 and 43 seems to answer the question about the meaning of Yeshua’s cursing the fig tree. Those who reject Yeshua, the Chief Cornerstone, and who fail to produce good spiritual fruit will have the kingdom of Elohim taken from them. The Jewish ruling elite of Yeshua’s day had turned the Jewish religious system into religio-economic system that not only oppressed the people financially, but hindered them from coming to Elohim by inserting itself between the two and extracting its dues from the former. Because of human nature being what it is, and men selling out their souls to the demonic gods of money and power, this condition exists in the world to this day. Yeshua will destroy this false system at his second coming, and will restore a righteous economic system that will be based on Torah and  on equal weights and measures. He will also establish a religious system that serves the people instead of one the lords it over the people and serves itself at the people’s expense.