If you had to sum up the entire message of the Bible in one word what would it be? Probably words such as love, hope, salvation, eternal life or heaven are coming to your mind. But I challenge you to find a better word than the following: r-e-c-o-n-c-i-l-i-a-t-i-o-n. The dictionary defines reconciliation as “to restore to friendship or harmony, to settle or resolve a quarrel, to make consistent or congruous.”

When the first humans chose to listen to the lies of the serpent and to rebel against YHVH and to give in to sin at the tree of the knowledge of good and evil at the very beginning, our first parents chose the path of separation from their Heavenly Father. Sin causes man to be separated from our totally holy, righteous, sinless and loving Creator.

Since that time YHVH has been endeavoring to reconcile man to himself. He has laid out the criteria for this to occur—for man to once again have a loving and intimate relationship with his Heavenly Father as did Adam and Eve before they sinned. 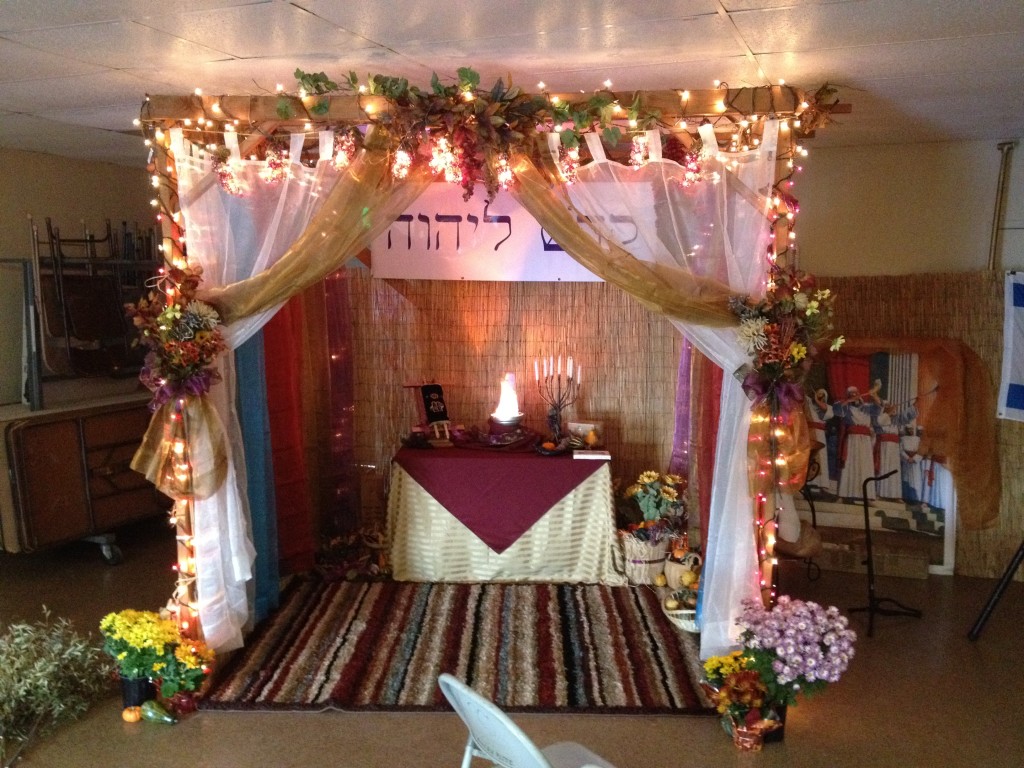 The seven biblical feasts of YHVH prophetically represent the steps man must take to be reconciled to his Heavenly Father. They are the complete plan of salvation or redemption rolled up into an easy-to-understand seven step plan. Though a child can understand these steps, the truths contained therein

can, at the same time, be expanded and unfolded until one literally has rolled out before oneself the entire message of the Bible from Genesis to Revelation—a message which to the human comprehension is staggering, deep and rich beyond understanding. The  biblical feasts are literally the skeletal structure upon which the truths of the entire Bible hang. The message of redemption, sanctification, salvation, the atonement, glorification, end-times eschatology, the history of Israel, the entire gospel message, the covenants, the marriage of the Lamb of Elohim, the truth about the bride of Messiah, and Yeshua the Messiah are all prefigured within the glorious spiritual container of YHVH’s feasts contained in seven steps. Seven is the biblical number of divine perfection and completion, thus revealing to us that his plan of salvation is complete in that it will bring man back into a eternal and spiritual relationship with Elohim.

Quite assuredly, without a deep, walking-it-out comprehension of the YHVH’s feasts, no matter how learned one may be in biblical knowledge, one will miss key elemental truths pertaining to YHVH’s plan of salvation. For example, there is no way to correctly or fully understand end-time events such as the second coming of Yeshua, the great tribulation, the wrath of Elohim, and the resurrection of the righteous, the marriage of the Lamb, the Millennium, or the New Jerusalem unless one understands the feasts from a deep Hebraic perspective. Spiritual pride may not allow one to handle this fact, but it is the truth none the less! It’s illogical to think that one can throw out the foundation of a building and expect it to stand, or to eliminate the skeleton from a human body and expect a person to stand upright. Similarly, the feasts are both the foundation and the skeletal framework upon which is built or hangs the whole corpus of biblical truth.

What’s more, at Mount Sinai, YHVH gave to his people Israel the Ten Commandments. These words from the mouth of Creator himself literally formed the foundation and cornerstone to the rest of the Torah’s (the books of Moses) 613 commandments, which YHVH gave to man through Moses. The Jewish sages have understood this for thousands of years. From the Ten Commandments, all the rest of the commandments can be extrapolated. For example, the prohibition against adultery includes not only marital infidelity, but all manner of sexual sin, for the cornerstone of sexual holiness is a righteous and undefiled marital union. The same can be said of all the other commands. Similarly, from the Sabbath command spring forth all the biblical feasts, for they too are Sabbaths. From the fourth commandment also comes the land Sabbath, sabbatical and jubilee years. These Sabbaths were so vital in YHVH’s eyes and so fundamental to his relationship with his people that he said that they would be a token of his wedding agreement with Israel, even as a ring is a symbol of a modern marriage covenant. About the Sabbath, we read the following in Exodus 31:13,

Speak thou also unto the children of Israel, saying, Verily my Sabbaths ye shall keep: for it is a sign between me and you throughout your generations; that ye may know that I am YHVH that doth sanctify you.

Please note that the word Sabbaths is in the plural. It refers not only to the weekly, seventh day Sabbath, but to all the Sabbaths of YHVH, including the biblical feasts. These days are so important that they would actually form the basis for his reconciliatory relationship with his people throughout their generations, which means FOREVER!

Now with these preliminary statements made, we encourage you to read on to further explore the rich and deep truths pertaining to your spiritual destiny that are revealed through the biblical feasts. Please receive the blessing that YHVH offer man through them.

Why Study and Celebrate the Biblical Feasts?

The Feast Days Were Ordained at Creation

Some people have been led to believe that the feasts were invented by Moses or the Jewish people. Actually, they came from YHVH who gave the feasts to the Israelites through Moses. The feasts predate the physical creation. For example we read in Genesis,

And Elohim said, Let there be lights in the firmament of the heaven to divide the day from the night; and let them be for signs, and for seasons, and for days, and years. (Gen 1:14 )

Here we see the linking of the sun and moon with the seasons and biblical feasts of YHVH Elohim. The word signs (H226) is the Hebrew word owth meaning “a distinguishing mark, banner, a remembrance, a proof, an omen, a warning, a token, an ensign, a miracle.” The sun and moon were created as signs or signals of something. The word seasons (H4150) is the Hebrew word moed meaning “a congregation, feast, season, appointed time, assembly.” What learn from the Hebrew here is that the sun and moon are signals that establish the appointed times of the YHVH’s feasts for his people. In Leviticus 23:4 we see further proof of this point. There we read, “These are the feasts of YHVH, even holy convocations, which ye shall proclaim in their seasons.” Note the possessive pronoun their indicating that the biblical feasts “own” or “possess” the seasons and thus predate the seasons, which are determined by the sun, earth and moon. In other words, YHVH created these heavenly bodies and seasons for the feasts, which are a shadow-picture of his plan of salvation or redemption for the world. It could be said that the entire physical creation was made in order to have a place wherein to implement and showcase YHVH’s glorious plan of salvation.

The Feast Days Are Forever

A number of scriptures in the Torah show us that YHVH gave the feasts to his people forever. A couple of passages illustrate this point.

[I]t shall be a statute forever throughout your generations in all your dwellings (see also verses 21 and 31). (Lev 23:14)

In the Gospels, Yeshua speaking to his disciples say,

“Do not think that I came to destroy the Law or the Prophets. I did not come to destroy but to fulfill. “For assuredly, I say to you, till heaven and earth pass away, one jot or one tittle will by no means pass from the law till all is fulfilled. “Whoever therefore breaks one of the least of these commandments, and teaches men so, shall be called least in the kingdom of heaven; but whoever does and teaches them, he shall be called great in the kingdom of heaven. (Matt 5:17–19)

The word forever as used in the Torah (Strong’s H5769) is the Hebrew word olam meaning “everlasting, perpetual, evermore, always, continuous, unending future, for eternity.” When Yeshua spoke his words (in Matt 5:17–19), he was dealing with religious leaders who are attempting to preempt the laws of Elohim (including the biblical feasts) with their own man-made doctrines (Matt 15:3–9). Sadly, religious men are playing the same games with the word of Elohim today! Despite this, YHVH’s instructions in righteousness will never pass away as long as the earth still exists.

The Feasts Were Celebrated in Apostolic Times

The Feasts Will Be Celebrated in the Millennium

There are a number of scriptures in the Tanakh (Old Testament) that many Jewish and Christian Bible scholars consider to be prophecies about the Messianic Age or Millennium, which occurs after the coming of the Messiah—for the Christians, the second coming or return of Yeshua the Messiah. Several of these scriptures contain clear references to the weekly Sabbath, and the biblical feasts.

6 thoughts on “Why Study and Celebrate the Biblical Feasts?”