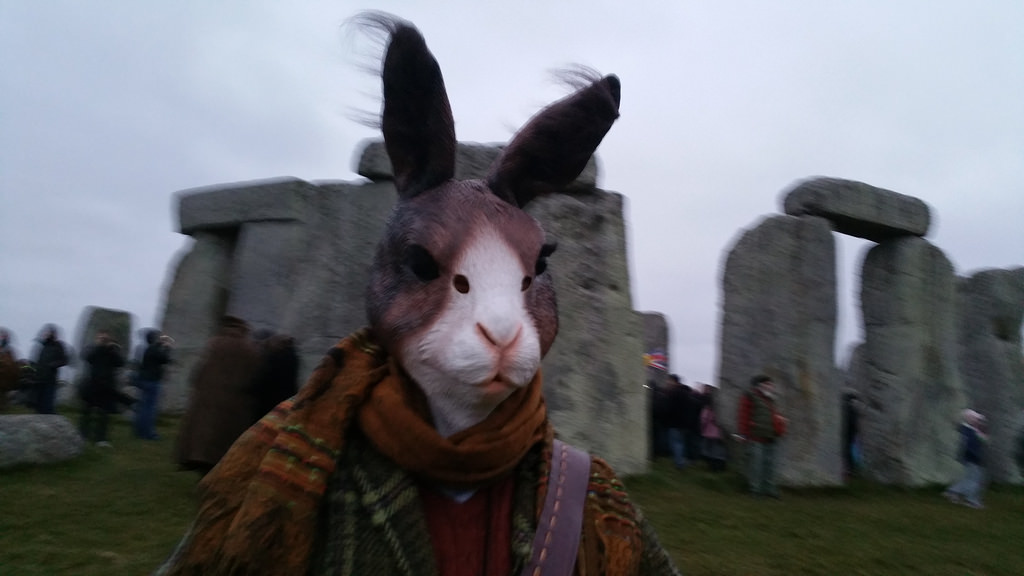 So which calendar is the true calendar of the Bible? As of this writing, there are three calendars vying for this distinction. They are:

In previous articles, we have discussed the Hillel 2 calendar above, which most of Rabbinic Judaism currently follows, but was not the calendar that the biblical Jews followed.

The next calendar, the abib/aviv barley, visible new moon calendar, which is the one that this ministry follows for the reasons given in the article links provided above.

The last calendar is the vernal equinox calendar, which looks to the vernal or spring equinox to determine the beginning of the new biblical year and, hence, the dates for the biblical feasts, while ignoring the abib/aviv barley growing in the land of Israel. This is what we want to discuss below. Many modern believers, in frustration over calendar controversies and in light of the confusing nature of the subject itself, have thrown up their hands in frustration and have chosen simply either to follow the traditional rabbinic or Hillel 2 calendars, or to base the biblical calendar on the spring equinox. For example, the Christians church uses the spring equinox to determine the date of Easter. But is this how the Bible and the first century Jews determined the biblical new year and festival dates? This is the question we’ll answer below.

Overview of the Biblical Jewish Calendar

The calendar that the rabbinc Jews use today is a modified version of the one used at the time of Yeshua and the apostles in the first century and originates from ca. A.D. 360. It was the opus maximum or life work of a Jewish sage named Hillel 2 (A.D. 330–365, Encyclopedia of the Jewish Religion, by R. J. Zwi et al, p. 78, Holt et al; 1966). Up until that time, the entire Jewish diaspora (Jews living outside the Holy Land) depended upon the Judean Sanhedrin (the ruling Jewish body of elders in Jerusalem) to determine the calendar and legal observance of the annual biblical Sabbaths. Yet because of the persecution in the Roman world against the Jews, the messengers from Judea were often menaced or threatened as they attempted to convey calendric rulings from Judea to Jewry in the diaspora. This presented a perplexing problem for synagogues in distant lands such as Babylon or Egypt that depended upon news from Judea to determine their calendar, and hence feast day observances. “But as the religious persecution continued, Hillel determined to provide an authorized calendar for all time to come, though by doing so he severed the ties which united the Jews of the Diaspora to their mother country and to the patriarchate” (Dictionary of Ancient Rabbis, by Jacob Neusner, p. 200, Hendrickson; 2003). This is a brief explanation of the origins of the modern rabbinc Jewish calendar.

By contrast, and in contradistinction to the rabbinc calendar, the Torah-Word of Elohim states that the new year should start on the month when the barley was green in its head (i.e. abib/aviv) and at the sighting of the crescent new moon (Exod 9:31; 12:1-2; 13:4, for more information on this calendar, read my online teaching at https://www.hoshanarabbah.org/pdfs/cal_demyst.pdf and https://www.hoshanarabbah.org/pdfs/vis_moon.pdf). This determines the entire calendar for the upcoming year including when to observe YHVH’s commanded annual feasts (Lev 23). In an effort to be faithful to YHVH’s Word, the Jewish sages of the Second Temple era established elaborate rituals and protocols to determine when the new moon had occurred. (This information is available from ancient Jewish sources, and I reference them in my articles on the subject at https://www.hoshanarabbah.org/teaching.html#feast.)

The Vernal Equinox in Determining Passover

Up until the second centuries A.D., the rabbinic Jews in fact followed the abib barley calendar as I document in my other (earlier referenced) calendar articles. True, the Jews supplemented the observance of the barley with astronomical observances as well (e.g. the equinox, which they learned from the Babylonian astrologers) along with other natural spring phenomenon. Nevertheless, their ancient writings reveal that a recognition that the barley has preeminence for determining the year. A Jewish Torah scholar or sage (a second century A.D. Tanaitic source) says in the Babylonian Talmud,

Our [sages] taught, based on three things is the year intercalated: on the abib, on the fruits of the trees, and on the equinox. Based on two of them the year is intercalated but based on one of them alone the year is not intercalated. And when the abib is one of them everyone is pleased. (Bavli Sanhedrin 11b; from http://www.Karaite-Korner.org/abib_faq.shtml#rabbanites_and_abib)

These quotes from the Babylonian Talmud reveal that the Jews in Babylon (outside the land of Israel) used other factors (i.e. the fruit trees and the vernal or spring equinox in addition to the abib barley) to determine the biblical calendar. This is because Babylon was hundreds of miles north and east of Israel, and lacking modern communications abilities and means of rapid travel, it wasn’t easy for the Jews outside the land of Israel to look to the barley and new moon in Israel to calculate the biblical calendar. These are no longer impediments in our modern times of instant communications, so gaining this information is no longer an issue.

The Biblical Calendar and the Vernal (Spring) Equinox

Those who champion this view assert that the biblical calendar must be regulated by the sun and moon only, and that the abib barley has little or no bearing on the biblical calendar. They state that the new month must fall after the vernal or spring equinox, which occurs approximately on March 21. In my extensive studies of the ancient biblical calendar, I can find no evidence to support this view. In fact, it was the Babylonians and Roman Catholics (in determining Easter) that took this position—not the biblical Israelites or even the rabbinic Jews!

With regard to the significance of the vernal equinox in determining the spring feasts, several other sources chime in on the subject. Read these, and then we’ll discuss what they are saying, and what they are not saying.

[The Jews] at the time of Jesus Christ [did not] as yet possess any fixed calendar, but on the basis of purely empirical observation, on each occasion they began a new month with the appearing of the new moon, and likewise on the basis of each repeated observation intercalated a month in the spring of every third and second year, in accordance with the rule that the Passover under all circumstances must fall after the vernal equinox. (History of Jewish People in the Time of Christ, first division, vol. 2, p. 366, by Emil Schurer; Hendrickson; 2009)

The rule, according to which it is determined whether to intercalate [i.e. add a thirteenth month] or not, was very simple. It required that care should be taken that the Passover festival, to be celebrated at the full moon in Nisan (14th Nisan), should in any case fall after the vernal equinox, when the sun stood in the sign Aries. …With this also agree the statements of Philo and Josephus [Ant. iii. 10. 5]. If one therefore toward the close of the year noticed that the Passover would fall before the vernal equinox, the intercalation [i.e. the addition of a thirteenth month] of a month before Nisan would have be to be resorted to. (History of Jewish People in the Time of Christ, first division, vol. 2, pp. 370–371, by Emil Schurer; Hendrickson; 2009)

The year consisted of twelve months whose limits were determined by these observations [i.e. the visible sighting of the crescent new moon]. But, since the lunar year consists of only 354 days, eleven less than the solar year, it was necessary from time to time to ‘intercalate’ a thirteenth month before Passover, to prevent its being moved back into the winter. This intercalary month was a “second Adar” and was added whenever a consideration of the sun’s position [i.e. the vernal equinox], the state of the crops [i.e. the barley, since the wheat wasn’t ripe yet], or of the new-born lambs, made it appear necessary. (The Pharisees, by Louis Finkelstein, pp. 601–602, Jewish Publication Society, 1938; Philadelphia)

The full moon in [the month of] Nisan is the first after the vernal equinox and marks the celebration of Passover.” (Dictionary of Judaism in the Biblical Period, p. 455, by Jacob Neusner, Hendrickson; 2002, emphasis added)

Thus Passover must be celebrated in the month of Nisan, called in the Bible the month of Abib [barley] (spring), and never before the vernal equinox.” (The New Jewish Encyclopedia, p. 70, Behrman House Publishers; 1976, emphasis added)

According to Eusebius, long before Christ, the Jews anciently (as attested to by Philo, Josephus, Masaeus, the two Agathobuli, and Aaristobulus, who was one of the 70 Jewish scholars who translated the Septuagint) sacrificed the Passover lamb after the vernal equinox, in the middle of the first month. (Ecc. Hist., book 7:16–19, emphasis added).

In the Scriptures, there is no evidence whatsoever that the vernal or spring equinox was a factor in determining the biblical calendar. No direct or indirect mention of it is even made in the Bible, nor do biblical historians indicate that it was the main factor for determining when the new year began and hence when the biblical feasts were calculated during Bible times.

Although the vernal equinox occurs in the spring of year and this fact was duly noted by the later Jewish sages, it was simply coincidental and ancillary to the indices of the abib barley, which in the Bible determined when the new year began.

Based on our research, we find that the vernal equinox only became a major factor in determining the Jewish calendar when the Jews were in exile in Babylon and outside the land of Israel where access to information about the state of the barley in the land of Israel was difficult to obtain. Then hundreds of years later in the time of Constantine in A.D. 360 when the final Jewish Sanhedrin invented the Hillel 2 calendar, the vernal equinox was taken into consideration, again, since obtaining information from the land of Israel about the state of the barley was difficult or impossible to obtain. Because of limitations on communications and travel, it wasn’t possible to communicate the state of the barley and the sighting of the new moon in Israel to Jews scattered in remote lands outside of Israel—a problem that no longer exists.

It is true that some post-biblical era Jewish sages viewed the equinox as a minor consideration in determining the biblical calendar; however, the Scriptures give absolutely no indication that the equinox was to play any role in determining the new year or YHVH’s feasts. To look to the vernal equinox as such is an extra-biblical, man-made doctrine. Moreover, to say that the vernal equinox factored into biblical calendric calculations is to read into the Word of Elohim something that is simply not there! The Scriptures never even refer to the equinox directly or indirectly!

YHVH gave only one determiner of when the new year would begin: the abib barley! In looking to other indicators beside the abib barley (for an explanation of the abib barley, see https://www.hoshanarabbah.org/pdfs/cal_demyst.pdf), the Jews were adding to the Word of Elohim. Yeshua condemned the Jewish leaders of his day for rejecting the Word of Elohim and then adding to or substituting for it the traditions of men (Matt 15:9; Mark 7:9). Let us not be guilty before Yeshua of the same sin!

Here is a link to a free, printable biblical calendar for 2019: https://www.hoshanarabbah.org/calendars.html

12 thoughts on “The Truth About the Vernal Equinox Calendar”