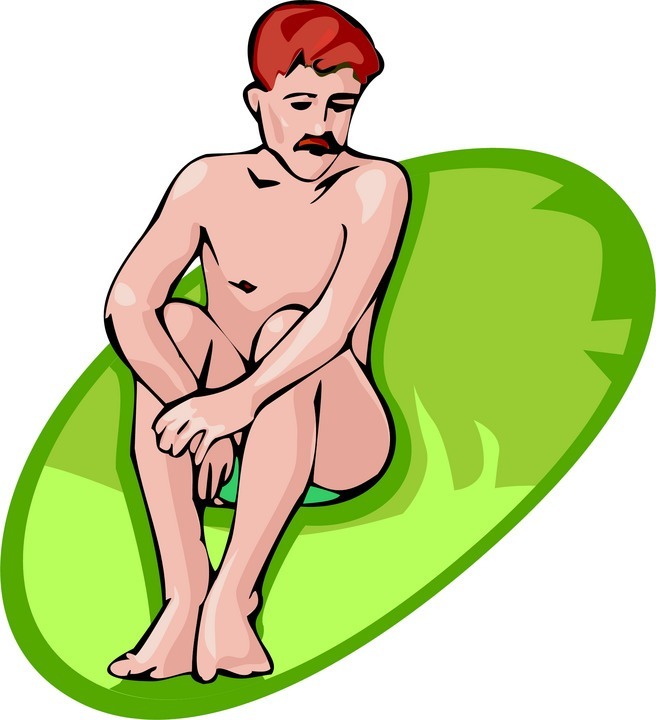 Mark 14:51, A certain young man…naked. The reason for the inclusion of this detail in the Gospel record has puzzled many commentators. For example, Matthew Henry suggests that it was added to show the barbarous nature of the Jewish gang that arrested Yeshua, and how narrow was the disciples’ escape from their hands.

There seems, however, to be a greater spiritual lesson to be learned from this story. Previous to this, Yeshua, as he and his disciples were coming into the Garden of Gethsemane, admonished them to sit and pray with him (v. 32), to stay and watch (v. 34), to watch and pray so as not to fall into temptation because of the weakness of the flesh (v. 38). Instead, the disciples slept (vv. 37, 40).

Elsewhere, Yeshua instructs the elect saints of the last days to endure tribulation and spiritual apostasy to the end (Matt 24:13), and to watch vigilantly and be ready for his second coming (Matt 24:42, 44; 25:13).

These warnings are in the context of his Parable of the Ten Virgins. All slept while awaiting the bridegroom’s arrival. While five were spiritually prepared, five were not. Those who were unprepared were dubbed as foolish and weren’t allowed into the wedding.

Likewise, in the end times, there will be believers who YHVH views as wretched, miserable, poor, blind, and naked because they have grown lukewarm spiritually (Rev 3:14–17).

The point of this discussion is this: If the disciples of Yeshua fail to maintain a state of spiritual preparedness (by watching, praying, keeping oil in their spiritual lamps, enduring to the end) while awaiting his return, they, like the young man in Gethsemane and the Laodiceans in the Book of Revelation, will be found to be spiritually naked lacking robes of righteousness on the day of his return and thus unprepared to meet him (Rev 19:7–9 cp. Matt 22:2, 11–12).

1 thought on “Are you spiritually naked?”