As we conclude the Feast of Unleavened Bread, it’s imperative that we don’t quickly pass over this sin thing. It’s not a popular subject with men, but it is with Elohim, so let’s get over our aversions and deal with it!

Get the leavening of sin out of your lives! 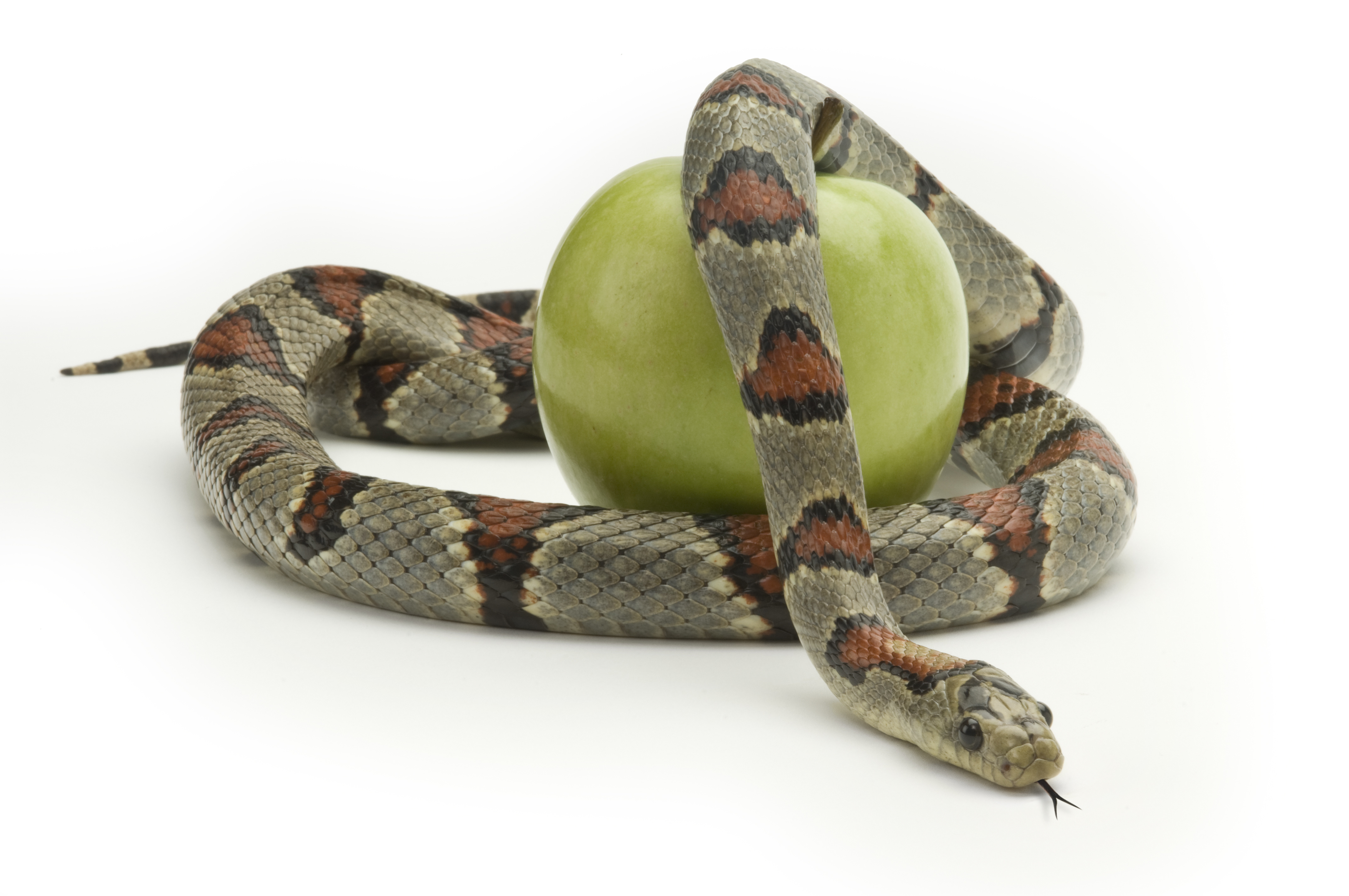 The Destructiveness of Sin

Here are several ways the Bible defines sin. These definitions are different ways of saying the same thing: rejections of and rebellion against the Word of Elohim.

The Destructive Nature of Sin

There are many ways in which sin is destructive and destroys. Here are a few examples.

Sin is DESTRUCTIVE in that it causes separation (Isa 59:2). Sin leads a person away from Elohim who is sinless, perfect and holy. It caused Adam and Eve to be kicked out the Garden and to be separated from Elohim. It also destroys human relationships.

But your iniquities have separated between you and your Elohim, and your sins have hid his face from you, that he will not hear. (Isa 59:2)

Sin is DESTRUCTIVE and DISSIPATING to yourself and to others.

In regard to these, they think it strange that you do not run with them in the same flood of dissipation [or profligacy, prodigality], speaking evil of you. 1 Pet 4:4

Sin causes DISOBEDIENCE and is DISOBEDIENCE to YHVH and his Word. Disobedience is one of sin’s definitions (i.e., sin the violation of the Torah-word or instructions of Elohim, 1 John 3:4).

Whosoever committeth sin transgresseth also the law: for sin is the transgression of the law. (1 John 3:4)

Sin is DEFILING and DEGENERATING in that it pollutes, corrupts and eventually destroys little-by-little by corrupting everything it touches. It corrupts  a person’s body, soul and spirit. The Bible likens sin to leavening in bread in that it puffs a person up (in pride) and causes them to become bitter. A little leaven leavens the whole lump (1 Cor 5:6–7; Gal 5:9).

Your glorying is not good. Know ye not that a little leaven leaveneth the whole lump? Purge out therefore the old leaven, that ye may be a new lump, as ye are unleavened. For even Messiah our passover is sacrificed for us. (1 Cor 5:6–7, see also Gal 5:9))

Sin is also DESTRUCTIVE and DEVASTATING to our bodies. When the temple of our bodies are violated by sinful habits the results may be immediate or long term. Examples include (to name only a few):

Sin is DECEPTIVE. It over-promises and under-delivers. It promises great rewards and, at the moment, it seems so good and pleasurable (Heb 11:25), but it leads to depression, death, destruction and ultimately to temporal and eternal damnation.

There is a way which seemeth right unto a man, but the end thereof are the ways of death. (Prov 14:12)

The heart is deceitful above all things, and desperately wicked: who can know it? (Jer 17:9)

Sin is DEGRADING and DEBASING in that it brings fear, shame, humiliation and guilt upon the sinner. Initially sin brings a momentary, fleeting pleasurable thrill (Heb 11:25), but then it sucks the joy out of a person like a vacuum (Gen 3:6 cp. v. 10). This leads to DEPRESSION. What is a depression? It is a low point—in this case, an emotional low point, valley or pit in a person’s life.

The wise shall inherit glory: but shame shall be the promotion of fools. (Prov 3:5)

And when the woman saw that the tree was good for food, and that it was pleasant to the eyes, and a tree to be desired to make one wise, she took of the fruit thereof, and did eat, and gave also unto her husband with her; and he did eat.… And he said, I heard thy voice in the garden, and I was afraid, because I was naked; and I hid myself. (Gen 3:6, 10)

Sin is DEBILITATING and DEVITALIZING. It weakens and sucks the life out of a person and leads to DESTRUCTION. Sin does not and cannot make anything or anyone righteous, better or stronger. Sin can only strengthen other sins, but it can’t strengthen Elohimliness, holiness or righteousness.

Sin is DEADENING. It DUMBS DOWN one’s intellect, corrupts good morals and then it numbs the conscience and eventually it kills the person emotionally, intellectually and spiritually. It causes our conscience to become hardened and seared to sin. Eventually one’s heart becomes hardened to sin and one becomes reprobate (unprincipled and disapproved). At that point, one loses one’s moral compass and spiritual direction in life altogether.

Speaking lies in hypocrisy; having their conscience seared with a hot iron. (1 Tim 4:2)

They profess that they know Elohim; but in works they deny him, being abominable, and disobedient, and unto every good work reprobate. (Tit 1:16)

Sin is DISGUSTING. Think of the most disgusting sins you can imagine. Now ask yourself this. How did a person get to that point? Overnight or little-by-little? Usually the latter. Beware of sin! It slowly creeps up on a person and overtakes them. Moreover, one sin is a catalyst for more sin and inevitably leads to another sin and so on.

Sin is DEVALUING. It brings a person from a higher state to a lower state spiritually, morally, emotionally and physically.

Sin is DEFAMING and DISREPUTABLE in that it destroys a person’s good name and reputation. Think of all the people in our day whose reputations have been destroyed when their sins were publicized by the media.

A good name is rather to be chosen than great riches, and loving favour rather than silver and gold. (Prov 22:1)

Sin is DISSATISFYING. Like an addiction (drugs, alcohol, pornography, sex, power, etc.), a little sin isn’t enough. The sinner needs to sin more and more to satisfy his urges and need for fulfillment. It’s a downward spiral into a black hole.

Sin is DISTRACTING. It takes our attention off Elohim and puts it onto ourselves or some idolatrous and sinful practice. Sin DIVERTS our attention from the path of righteousness and onto to the path of wickedness.

Ultimately, sin is DAMNING. Sin incurs a costly price. The worst result of sin is eternal death and separation from Elohim (Ezek 18:4; Rom 6:23). It brings the wrathful judgment of Elohim against sinners.

And he said unto me, It is done. I am Alpha and Omega, the beginning and the end. I will give unto him that is athirst of the fountain of the water of life freely. He that overcometh shall inherit all things; and I will be his God, and he shall be my son. But the fearful, and unbelieving, and the abominable, and murderers, and whoremongers, and sorcerers, and idolaters, and all liars, shall have their part in the lake which burneth with fire and brimstone: which is the second death. (Rev 21:6–8)

In flaming fire taking vengeance on them that know not Elohim, and that obey not the gospel of our Lord Yeshua the Messiah: Who shall be punished with everlasting destruction from the presence of YHVH, and from the glory of his power; (2 Thess 1:8–9)

For the wrath of Elohim is revealed from heaven against all ungodliness and unrighteousness of men, who hold the truth in unrighteousness… [list of sins] Who knowing the judgment of Elohim, that they which commit such things are worthy of death, not only do the same, but have pleasure in them that do them. (Rom 1:18, 32)

But after thy hardness and impenitent heart treasurest up unto thyself wrath against the day of wrath and revelation of the righteous judgment of Elohim; Who will render to every man according to his deeds (Rom 2:5–6).

A Call to Action

NOW is the time to repent of or turn away from sin and with your whole heart and mind to believe in and to accept Yeshua’s death on the cross in payment for your sin and to love and obey him (i.e. to walk in sinlessness) for the rest of your life.

If you, at some time in the past, have repented of your sin but have fallen away (called backsliding) or have grown lukewarm or cold in your relationship with Yeshua, now is also the time to wake up from your spiritual slumber, to repent and to come back to Yeshua.

And the times of this ignorance Elohim winked at [or overlooked sin]; but now commandeth all men everywhere to repent. (Acts 17:30)

Repent ye therefore, and be converted, that your sins may be blotted out, when the times of refreshing shall come from the presence of YHVH. (Acts 3:19)

YHVH is not slack concerning his promise, as some men count slackness; but is longsuffering to us-ward, not willing that any should perish, but that all should come to repentance. (2 Pet 3:9 )

7 thoughts on “DON’T READ THIS! (Unless You’re Serious About Your Spiritual Walk)”