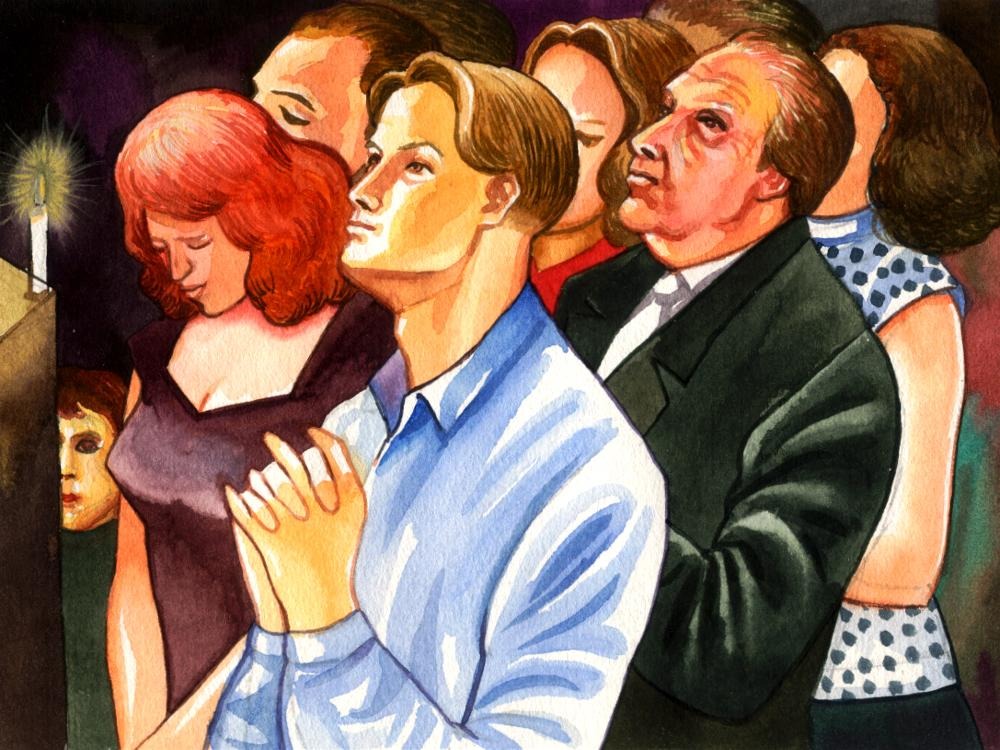 Matthew 16:18, The church. This is the first place the word church is found in the Testimony of Yeshua. This causes us to ask several questions. Did the first-century followers of Yeshua call themselves a church or meet in a church? Emphatically, no! In the Testimony of Yeshua, the Greek word translated in our English Bibles as church is the word ecclesia which means “a gathering of people called out from their homes to either a secular or a religious gathering in a public place.” It does not mean “a building,” but rather “a group of people.” So accordingly, the saints don’t meet in a church or go to church—they are the church!

But even the modern term church, while referring to a group of people has, by in large, lost its spiritual potency. It now simply means a group of religious people—normally Christians—that have formed a social clique.

What’s really behind our English word church and is this a term saints should be applying to themselves? The Greek word for church is ecclesia meaning “the called out ones.” Called out from what? The saints are called by Elohim out from the world and a secular or heathen lifestyle. Sadly, most church-goers while failing to understand the true meaning of the word also fail to live up to its stringent definition—to come out spiritually and to be separate themselves from the pagan culture around them and to adopt a biblical congruent world view and lifestyle.

Even the derivation of English word church is antithetical to how the term ecclesia is used in the Testimony of Yeshua. Ironically, according to the dictionary the word church originates from the German word kirche and the Old English word circe. Circe is of Greek origination and is the name of the sorceress and enchantress goddess daughter of Sol or Helios, the pagan sun god. Some historians claim that Circe and Kirche are the same individual who was the Babylonian moon goddess. The word circe is related to the common words circle, circus and circumference. Just as the sun is circular, and the Romans worshipped their sun-god in circular arenas called circuses where horse races and other athletic competitions occurred in honor of the sun god, so today many well-meaning individuals worship today in churches on Sun-day. (Information sources: Encyclopedia Britannica, eleventh edition; The Final Restoration, by C.J. Koster; Webster’s Encyclopedic Unabridged Dictionary of the English Language, Random House, 1983.)

2 thoughts on “What is the real meaning of “the Church”?”