The so-called “progressive” liberal philosophical (called Progressivism) movement in the U.S. and other Western nations, broadly speaking, has one thing in common with Islam: they both hate YHVH Elohim — the God of the Bible — and those who follow and teach His word, the Bible. Many “progressives” and Koran-adherent Islamists or Moslems are currently waging an all-out war against Elohim’s people all over the world. Though they are two different ideological groups and are not formally united, they’re united in that they have a common enemy. The spiritual force driving both of them is Satan the devil, the god of this world, who is behind the spirit of Antichrist, which both “progressives” and Koran-adherent Moslems, by their actions and philosophies, advocate and are aggressively promoting globally. 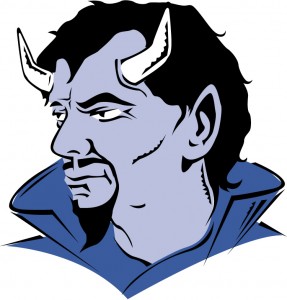 Presently in Africa, the Middle East and Near East, Koran-adherent Moslems are persecuting, enslaving, raping, exiling, stealing property from and genocidally exterminating Christians and Jews as per the instructions of the Koran. Concurrently, the “progressives” in America and the West are doing the same thing, but in a different way. “Progressives” are using the political parties, judicial systems, educational systems, the media and the entertainments industries they control to exile or exterminate Christians from the marketplace, political arena, the media, educational systems and the entertainment industry. “Progressives” are murdering Bible-followers verbally through every media and electronic mouthpiece available to them. Like their Muslim counterparts, they are using a corrupt court system, a wicked political establishment and any other means available to them to deprive Christians of liberty, property, and to “rape” them economically by depriving them of the freedom to run their own commercial enterprises as their biblically-ordered conscience dictates and to openly and freely practice their religion in the public square and even, at times, to freely preach or communicate Bible truth.

Although most so-called “progressives” won’t come out openly in favor of Islam, they nonetheless share the same hatred of Christians as do Koran-adherent Moslems, and “progressives” are doing everything possible to promote the Islamization of our government, schools and other social institutions at the expense of our traditional Judeo-Christians biblical values.

With regard to the agenda that “progressives” and Moslems share, the oft-heard adage, “the enemy of my enemy is my friend” comes to mind. In this case, both groups hate YHVH Elohim, His Bible and His followers. This then unites them, de facto, as allies, which goes a long way to explaining the “progressives’” aggressive promotion of Islam in America and other Western nations, and their turning a blind eye toward the atrocities Moslems are committing against Christians and Jews worldwide. It’s not that the “progressives” love Islam; it’s that they hate the Bible so much that they’re willing to form an uneasy, philosophical alliance of sorts with Islam to help them rid the planet of the Bible and its followers.

Make no mistake about it, Satan the devil, YHVH Elohim’s archenemy, is behind it all, and he is the ultimate enemy of Bible followers. Thankfully, the devil has already been defeated by Yeshua’s victory over sin, death and the grave (1 Cor 15:55–58), and he’s simply living on borrowed time until Yeshua returns to finalize his victory over him and banish him for good (Rev 20:1–3; 7–10). Until then, the lovers of biblical truth and freedom must stand firm and united against Satan and his earthy minions (Eph 6:10–18; 2 Cor 10:4–6) in the name of Yeshua and through His blood (Rev 12:11; Luke 10:19; Rom 16:20).

4 thoughts on “Islam and the Modern “Progressive” Movement”