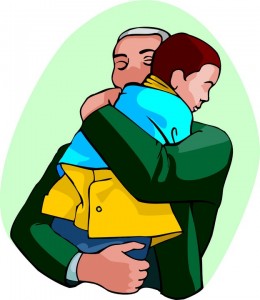 The equivalency of these two words is confirmed by the translators of the Septuagint (the Greek Tanakh) who used charis in place of chen when translating the Hebrew Tanakh into Greek beginning in the third century B.C. According to The Theological Workbook of the OT, in the vast majority of occurrences of chen in the Tanakh, the focus of attention is not on the giver, but on the recipient. The emphasis is on the relationship of the superior to an inferior (e.g., a king to his subjects). What this teaches us is that despite sin and rebellion against him, YHVH (the king) is gracious (to humans, his subjects).

Contrary to what many in the church have been led to believe, the grace of Elohim is a very prominent theme in the Tanakh. Examples of this include Noah who found grace in YHVH’s eyes (Gen 6:8), or the children of Israel although dead in their sins in Egypt and deserving of YHVH’s wrath, they were saved by the blood of the lamb. There are a number of other references to the grace of Elohim in the Tanakh as well (Gen 18:3; Exod 3:21; 33:16,17; 34:9; Ps 84:11; Zech 12:10).