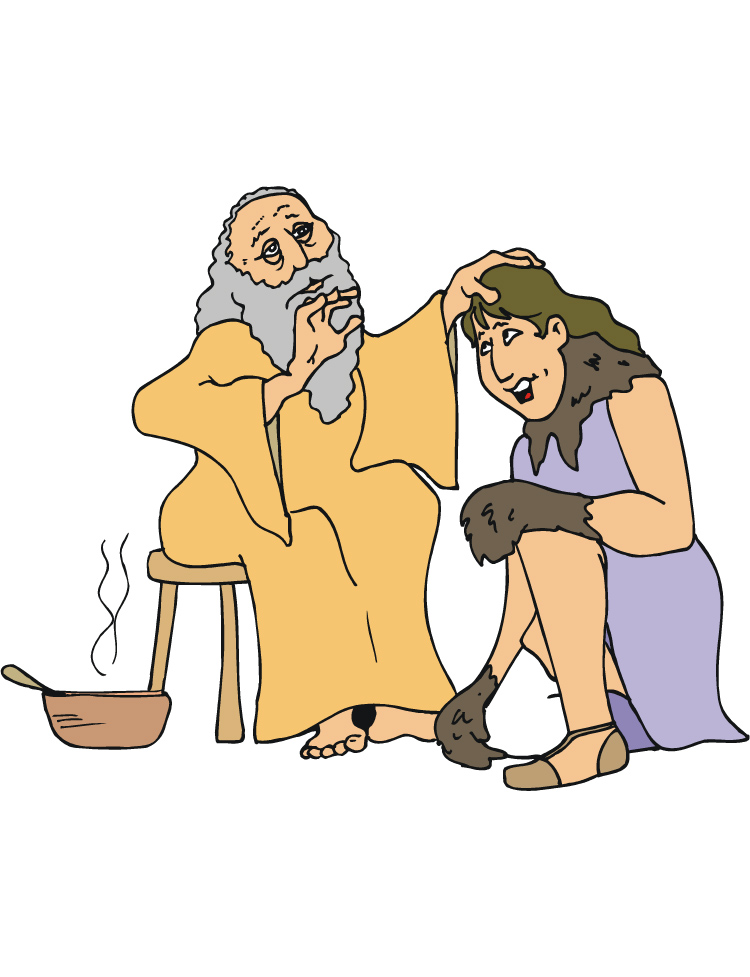 He was obedient to his father.

He had strong faith.

What are some comparisons between the three patriarchs?

What are the spiritual implications of the altar, the well and the tent?

The Abrahamic Covenant is the covenant of salvation (by grace through faith, see Rom 4). The spiritual significance of the altar, well and the tent are expressed in the layout of the Tabernacle (or tent) of Moses in the wilderness, which is a picture of the steps one must take to receive YHVH’s free gift of salvation or redemption from sin’s death penalty. In one’s spiritual journey toward YHVH Elohim, one must come to the altar of sacrifice (a picture of the cross), and then to the bronze laver (a picture of baptism or immersion for the remission of sins, spiritual cleansing, the washing of the water by the word, and receipt of the Holy Spirit). Afterwards, one enters the tent or tabernacle to commence a deeper and more intimate relationship with YHVH. Do we not see this progression in the lives of the patriarchs? They went from the altar to the well, and then into the tent (later the Tabernacle of Moses wherein were the 12 loaves of bread representing the 12 tribes of Israel) from which sprang the 12 sons or tribes of Jacob the tent-dweller?

This shows us how we come into a spiritual relationship with our Father in heaven: We have to start with an encounter with Yeshua at the cross. From there, we must get spiritually cleansed by the washing of the water of Elohim’s Word and be filled with and led by the Set-Apart Spirit. From there, we enter into an intimate relationship with YHVH as we come into his home (the tabernacle is a picture the new heavens and the new earth with the holy of holies picturing the New Jerusalem).

She was modest with a servant’s heart, selflessness and kind. Genesis 24:11–21 recounts Eliezer’s encounter with Rebekah at the well. He was not interested in a wealthy girl for Isaac. He preferred someone of modest means—the kind who would go to draw water herself, and not have servants do it for her. Eliezer wanted to see how the girl would behave away from her home atmosphere, so that he would have a more accurate perspective of her character. At the well, the girl would be natural and act in accordance with her own character. At home, however her behavior might well reflect the constraints of her family’s orders or expectations. She passed the test, for she spoke only about bringing water for him, and then went on to draw water for his camels. It was second nature to Rebekah that another’s needs should be provided for. This act spoke volumes about her great kindness. That his camels had do be watered was so obvious to her that she saw no need to say she would do it. Unlike the other girls at the well who wasted their time in idle chatter and gossip, Rebekah did her task quickly and without delay. Rebekah acted in a most exalted manner: she lowered the jug herself to spare Eliezer the effort and then actually brought the jug near his mouth, so he would not even have to hold it. Furthermore, she drew all the water for the camels through sheer physical exertion, and this was the great proof of her kindness (kindness denotes an intention to do something which is not obligated). In their first drink, 10 camels would consume 140 gallons of water! That Rebekah would undertake such a strenuous task so eagerly for a total stranger is a supreme indication of her sterling character (The Stone Edition Chumash, pp. 111–113).

She was dignified and possessed savoir-faire. In Genesis 24:62–67 we read that Rebekah displayed personal modesty when she covered her face before meeting Isaac. She recognized intuitively that the stranger she had just encountered was a holy person. Finally, Isaac brought her to his mother’s tent, for it had become apparent that she was a fitting successor to Sarah. It was then that Isaac loved her, for he saw in her one who possessed a spirit that could create a godly home and infuse it with the spiritual qualities to turn it into a temple with her as its priestess. Isaac could love only a mate who could be his companion in creating YHVH’s chosen people. In Rebekah he found such a woman (ibid., p. 119).

To guard the word of YHVH that had been given to her earlier that the older son would serve the younger and to insure that the birthright would go to Jacob, and to keep the birthright promises and blessings from going to Esau, a wicked and profane individual who had no interest in perpetuating the Abrahamic Covenant, Rebekah took to scheming. She knew that Esau was not worthy of such a divine mission and destiny, and that this responsibility should go to Jacob. She was more in tune with Elohim’s will in this regard than was Isaac.

Patriarchs were incomplete without matriarchs. The patriarchs did not function as individuals; their mission in life required the partnership of a wife worthy to be a matriarch to YHVH’s people. This is clear in the relationship of Abraham and Sarah. So, too, only after Isaac married Rebekah did Abraham give him everything he had, which included all his blessings. Only now, therefore, when Jacob was going to find his proper match, could Isaac confer upon him the blessing of Abraham” (ibid., p. 143, comment on Gen 28:1–5).

There are many prophetic spiritual types and shadows to be found in the Torah that point to Yeshua in one way or the other. A series of events in Isaac’s life beginning in Genesis 22 and culminating in chapter 24 provide us some amazing antetypical glimpses into events that would surround the life of Yeshua the Messiah some 1800 years later.

5 thoughts on “Focus on Isaac and Rebekah—Who Were They?”