Deuteronomy 31:10–13, You shall read this Torah before all Israel. Verses like this tend to expose the theological confusion that occurs in the minds of many Christian Bible teachers. For example, Christian commentator Matthew Henry on this verse writes about the need to read the Word of Elohim and that doing so will “help us to keep his commandments.” Yet elsewhere he says in the same commentary about the same laws that the commandments or laws of YHVH “are done away with.” 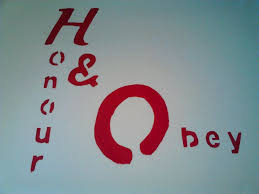 Statements like these are representative of a split and incongruous, double-speak and double-think on the part of many mainstream church teachers and people when it comes to the commandments or laws of Elohim. Some laws, they say, we are to keep (e.g. thou shalt not murder, lie, commit adultery, etc.), but other laws we can disobey (e.g. the Sabbath, dietary laws, and biblical feasts).

Is it possible to have it both ways: to believe that we need to keep his commandments, yet teach they are done away with? If so, then what is the meaning of such biblical phrases pertaining to YHVH’s Torah or Word as “forever,” “for a thousand generations,” “the same yesterday today and forever,” “till heaven and earth pass away,” “I change not,” and “think not that I came to destroy the Torah-law?” Is ­YHVH’s Word inconsistent and contradictory, or is this, instead, the case with the thinking of men? Is YHVH’s immutable character flawed with regard to keeping his Word, promises and standards or is man the one at fault?

Do we have a high enough view of YHVH Elohim and fear him and tremble at his Word (Isa 66:2), or have we, in reality, to demoted the veracity of his Word by contorting YHVH and his Word to fit the mindset of changeable and inconsistent man (which the Scriptures define as idolatry)? Have we bought into the lie that the serpent proffered at the tree of knowledge in the Garden of Eden when he told the man and the woman that YHVH really did not mean what he said and that humans can take the “have it your own way” and “pick and choose” approach when it comes to obeying the Word of YHVH (a philosophy that forms the basis for the religious movement called secular humanism, which is at the heart of all the religions of the world—including much of Christianity—except the true religion of the Bible)?

How many aspects of Christian theology are no more than a thinly veiled version of the religion of humanism in disguise? These are tough questions that we as redeemed Israelites need to ponder seriously. Let’s not forget the words of Yeshua in John 14:15, “If you love me, keep my [Torah] commandments” and the words of the apostle in 1 John 2:5–5, “He that says, ‘I know him,’ and does not keep his [Torah] commandments is a liar and the truth is not in him. But whosoever keeps his Word in him truly is the love of Elohim perfected: hereby know we that we are in him.”

The bottom line as to why man has a hard time submitting to all of YHVH’s commandments is nowhere stated more concisely in the Bible than in Romans 8:7,

[T]he carnal mind is enmity against Elohim: for it is not subject to the law of Elohim, neither indeed can be.

2 thoughts on “Double-Speak and Double-Think in Christian Theology”