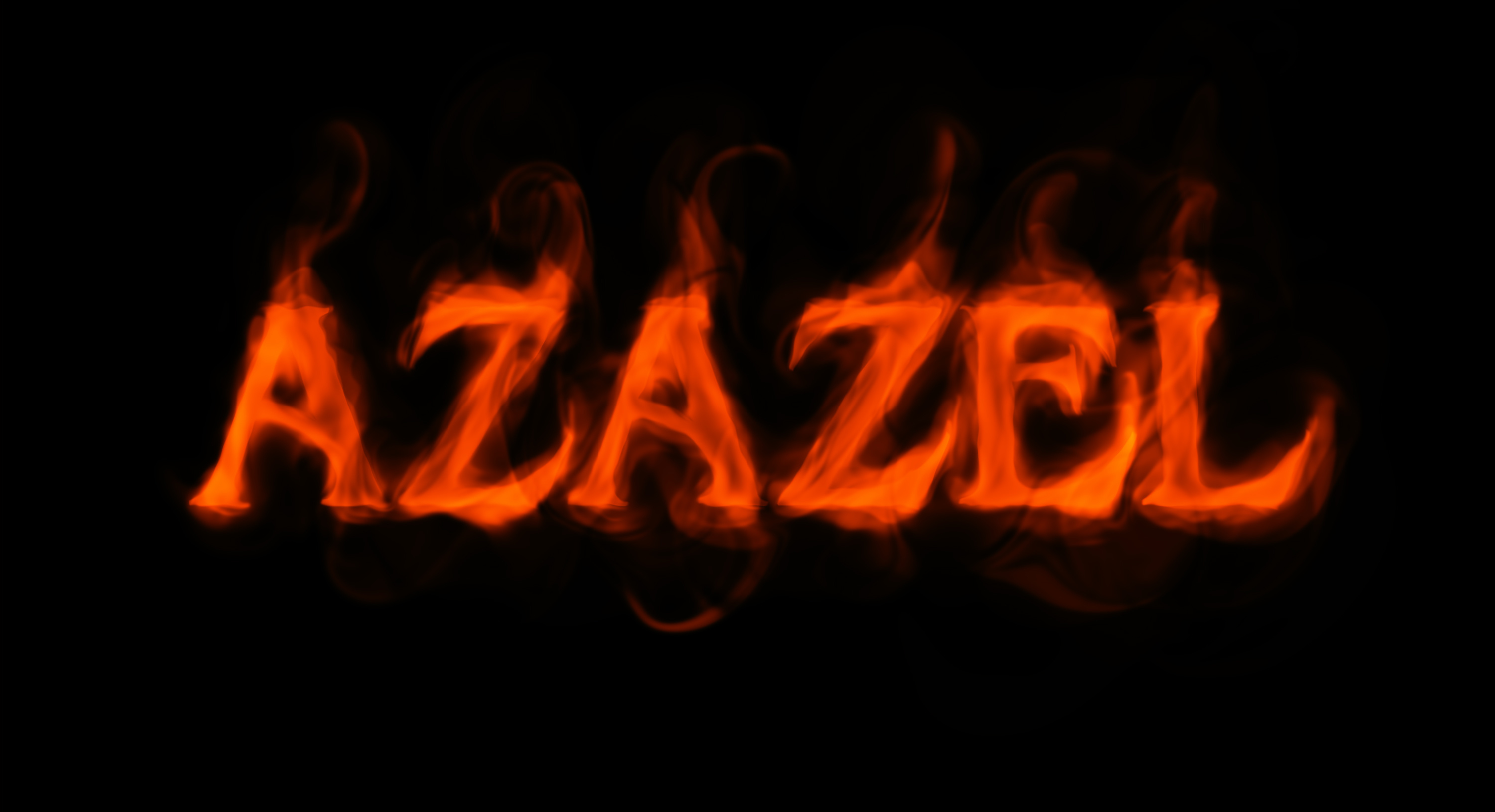 Understanding the Yom Kippur Goat Rituals. Understanding and interpreting the rituals of Lev 16 can be perplexing and complicated task. This is because often encrypted in certain scriptural passages the deep and open-minded Bible student will find multiple levels of meaning and prophetic fulfillments. The serious biblical researcher understands this and is not put off by any seeming discrepancies between a surface or literal fulfillment of a scripture vis-à-vis its prophetic fulfillment. An example of this would be the virgin and child prophecy of Isa 7. There was both a historical or immediate fulfillment of this prophecy and a future one relating to the coming Messiah.

Moreover, we must keep something else in mind when dealing with biblical passages that are difficult to understand because they contain figurative language of a prophetic nature that often employ typologies (types and shadows). By definition, a type is a person or thing that represents someone or something else. When dealing with prophetic types in Scripture, the type never perfectly mirrors that to which it is prophetically pointing. The type is merely a shadow of what is to come (Col 2:17; Heb 10:1; 8:5), and therefore it is neither a perfect representation of the reality nor its there a perfect one-to-one correlation between the two. However, there are enough similarities to deduce a correlation between the two, even as a shadow is the shape and outline of the image it represents, but it doesn’t contain all the details of it.

Having laid these things out, it is the opinion of many biblical scholars including Alfred Edersheim that the Yom Kippur ceremonies of Lev 16 were completely fulfilled by Yeshua at his first coming. Alfred Edersheim, the Jewish 19th century rabbinic Jewish scholar turned Christian scholar and educator, lays this out quite nicely in his book “The Temple and Its Ministry” in his chapter on Yom Kippur.

There can be no doubt, as Edersheim asserts, and I agree, that Yeshua perfectly fulfilled the Yom Kippur rituals at his first coming with regard to his atoning for man’s sin. The writer of the Epistle to the Hebrews, more importantly, is clear on this as well. There is no more redemptive work that he needs to done. Yeshua was the perfect sacrifice once and for all. Period. As such, at Yeshua’s second coming, he will not need to perform any further redemptive work. So, for example, the high priest coming out of the sanctuary on Yom Kippur in Lev 16 before dealing with the azazel goat can have no bearing on redemption whatsoever, or else the writer of Hebrews lies when he says that Yeshua’s work of atoning for sin was complete.

However, when Yeshua comes back, he will come as the righteous Judge. Indeed the Testimony of Yeshua (New Testament) tells us that Yeshua judged Satan at the cross, but additionally, when Yeshua returns, he will enforce that judgment. Satan will be cast into the abyss and eventually into the lake of fire along with his rebellious comrades both spirit and mortal beings.

Furthermore, there is something else to consider with regard to the scapegoat ritual that may have prophetic implications relating to the second coming of Yeshua. It just so happens that there are a number of ancient Jewish apocryphal writings including 1 Enoch that tell us that the name of the angel that led the pre-flood rebellion of angelic beings, who then defiled humanity and introduced all kinds of evil into the world as per Gen 6:2–4 necessitating Elohim to destroy that world and its evil inhabitants in the flood was Azazel. Some scholars, such as Dr. Michael S. Heiser and others affirm that the reason that the scapegoat’s name in Lev 16 was Azazel was that Yeshua came not only to redeem man from the sin at the fall in Eden, but from the sin introduced by Azazel and his evil cohorts in the pre-flood world. It’s an intriguing idea that had a lot of currency in second temple Jewish literature and even among the apostolic writers. Heiser documents this pretty well from biblical and extra-biblical sources in his book entitled Reversing Hermon, which I highly recommend. So, to put a finer point on this issue, when Yeshua returns, he will pronounce judgment not only on Satan but on Azazel et al as well as on their nephilim offspring, who so villainously corrupted the world with all sorts of evil under which humanity has been suffering ever since. Therefore, Yom Kippur eschatologically, in part, is about final judgment of this age that Yeshua will impose on Satan and his spirit and human minions.

It is also interesting to note that the second temple Jews had the non-biblical tradition of leading the azazel goat out of the temple, through the eastern gate, across the bridge over the Kidron Valley, over the Mount of Olives and into the Judean wilderness on the other side to the east, where the goat was then pushed over a cliff and fell to its death. The Jews may have had some prophetic inkling here. When Yeshua returns, we read in the Book of Revelation that he will cast Satan into the bottomless pit. In a sense, Azazel represents Satan, thought not primarily, since Lev 16 says that the azazel goat made atonement for the Israelites’ sins—something only Yeshua did, NOT Satan. However, Satan brought sin into the world, and Yeshua took that sin on himself to pay the death penalty for our sins, and he became sin of which the serpent in the wilderness (a picture of Satan, the nachash or seprent) was a prophetic picture and to which Yeshua, somewhat surprisingly, likened himself in John 3:14 in his discourse with Nicodemus.

Now let’s add another interesting tidbit about the azazel goat ritual of Lev 16. Originally, the Torah commands that the goat be released into the wilderness, presumably to wander until it starved to death. However, a thousand or more years latter, by the time of the second temple era, the Jews, instead of simply releasing the goat as the Torah prescribes, they pushed it over a cliff where it plunged to its death. What’s going on here? Why the change? In partial answer to this question, Edersheim (ibid.) speculates, and I think correctly so, that the azazel goat was released into the wilderness to teach the Israelites that the sacrificial system of the old or former covenant was insufficient to once and for all deal with the sin issue—something that the writer of the Epistle to the Hebrews makes abundantly clear. In Lev 16 we read that the high priest would confess the sins of the people over the azazel goat before it was led out to the wilderness and released. This illustrated the fact that the sacrificial system under the old covenant didn’t really blot sin out, and only put it aside temporarily until Yeshua the perfect sacrifice, to which all the animal sacrifices pointed, came. However, as already noted, the Jews eventually evolved this ritual, so that the goat was pushed over a cliff. This seems to speak of not only Yeshua’s death on the cross, but also of Satan—the chief perpetrator of sin—being judged at Messiah’s second coming by being bound and cast into the bottomless pit (Rev 20:1–3).

You see, there are many parts and pieces to this puzzle. I hope this brief discussion has expanded your understanding a bit and helped to illustrate that there is not necessarily a one-size-fits all explanation to many of these biblical ceremonies. Elohim may actually be teaching many truths all at the same time. This speaks to the awesome wonder and inimitable intellect of the YHVH Elohim. Soli Deo gloria!

Leviticus 16:8, The scapegoat. (Heb. azazel). Curiously, Azazel was the name of the lead demon who, according to apocryphal book of 1 Enoch, was the leader of the 200 angels Elohim (or sons of Elohim) assigned to watch over man in the pre-flood world who did not keep their proper domain (see Jude 6), but instead had sexual relations with the daughters of men (Gen 6:2) producing the evil nephilim giants of the pre- and post-flood world (Gen 6:4). 1 Enoch along with other second temple apocryphal Jewish writings including with the Dead Sea Scrolls hold the view that these fallen angels corrupted humans by introducing to them all types of evil including forbidden sciences and knowledge, the art of war, sexual perversion, sorcery and witchcraft, potions and illicit herbal concoctions, jewelry and cosmetics for women. Although the serpent introduced sin and rebellion against Elohim at the tree of knowledge in the Garden of Eden, it was the predominant view of second temple Judaism that most of the evil in the world traces its roots back to the incursion of the sons of Elohim into human affairs. As such, it was believed the second temple era Jews that the be the primary role of the coming Messiah would be to redeem man from the sin and curses that these fallen angels and their offspring brought upon the human race, and only secondarily was it the Messiah’s role to redeem man from the curse of eating of the forbidden fruit. It was also expected that the Messiah would bring judgment upon those fallen angels who are now being held in the abyss or tartarus (see 2 Pet 2:4; 1 Pet 3:19). Perhaps this explains the role of the two goats in this chapter more precisely. The goat the was sacrificed addressed original sin, and the azazel goat addressed the sin of man brought into the world by the fallen angels. These two goats prophetically represent Yeshua redeeming man from both the rebellion of Satan leading man’s original sin in the garden and Azazel causing man to fall into greater or more extensive and heinous sin and rebellion in the pre-flood world.