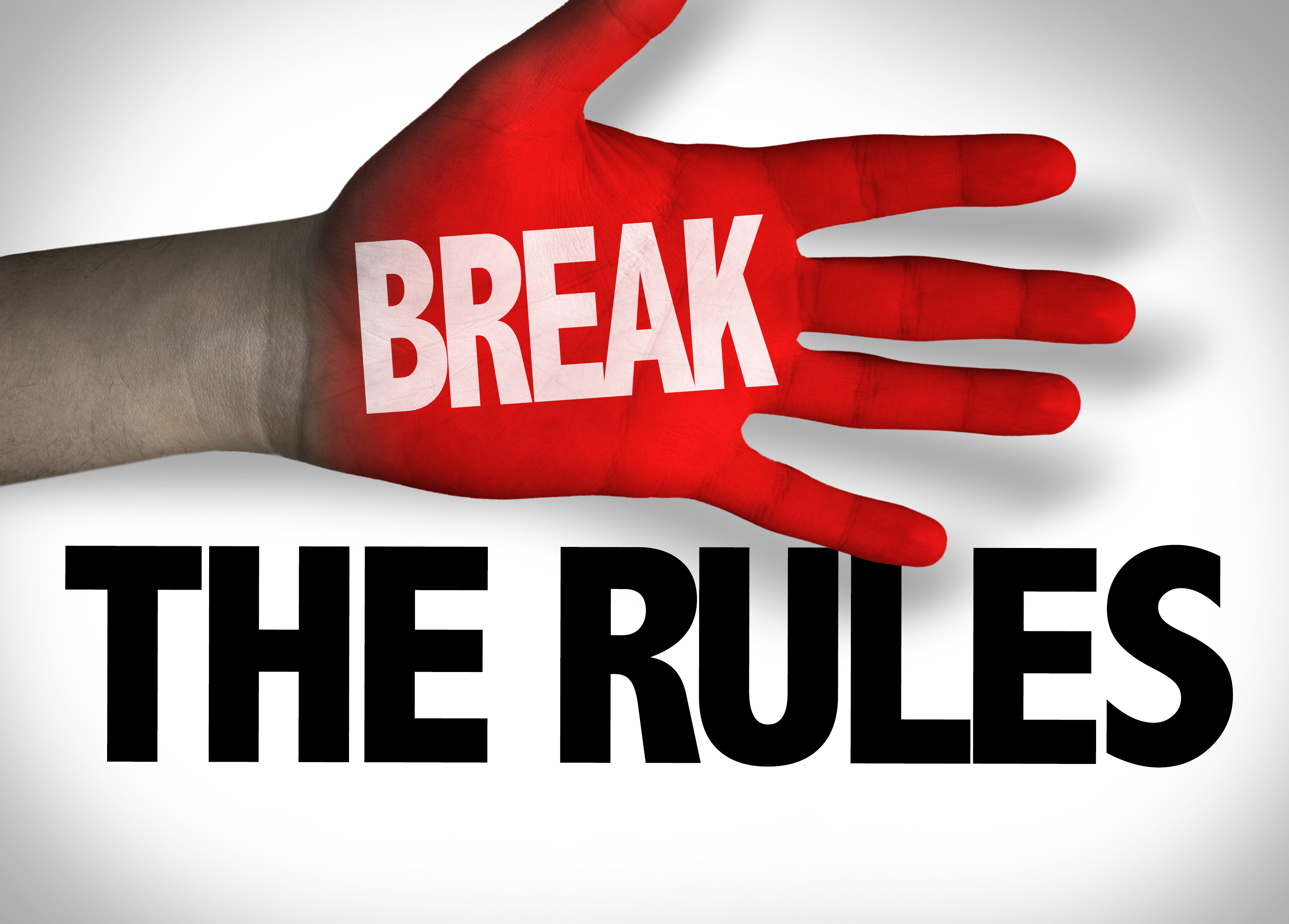 According to most of our English Bibles, Yeshua broke the Torah-law of Moses. For example, we read in John’s Gospel,

Therefore the Jews sought all the more to kill Him, because He not only broke the Sabbath, but also said that God was His Father, making Himself equal with God. (John 5:18, NKJV)

When the Bible says that Yeshua”broke” the law, one needs to do one’s homework and look up the word “broke” in the Greek. It is the word luo and its primary definition is “to loosen” and NOT “to violate, destroy or annul.” The Bible calls violation of the laws of Elohim a sin (e.g. 1 John 3:4). By saying that Yeshua broke the Torah, one is making Yeshua into a violator of the Torah (i.e. a sinner), and this is blasphemy. In so doing, one is using one’s faulty understanding of the Scriptures and of the original biblical languages to then justify one’s own breaking of the Torah-law. This too is sin.

It is shameful that the English translators of the Bible have used the wrong English words and have made Yeshua into a sinner in their faulty translations. Their misguided translating activities finds its roots in the anti-semitic theologies going back to the post-apostolic early church fathers, and it caters to the innate hatred for YHVH’s law that resides in the unregenerate nature of all humans as per Rom 8:7 and Jer 17:9. Those who agree with these ungodly and unbiblical doctrines of men have sadly bought into this lie because they haven’t done their homework and studied what the Bible really says in the original languages behind the English translations. This is to their shame, and, in reality, they have bought into doctrines of devils by falling prey to the devil-serpent’s lie at the tree of knowledge in the garden when he conned man into questioning and then into violating the commands of Elohim. Men continue to do the same thing down to our time.

In their haste to show that Elohim’s Torah-laws are no longer binding upon Christians today, some Christins will also point to other statements that Yeshua made in order to supposedly prove his disregard for the Torah-law. For example, these people will often cite Matthew chapter four:

At that time Jesus went through the grainfields on the Sabbath. And His disciples were hungry, and began to pluck heads of grain and to eat. And when the Pharisees saw it, they said to Him, “Look, Your disciples are doing what is not lawful to do on the Sabbath!” But He said to them, “Have you not read what David did when he was hungry, he and those who were with him: how he entered the house of God and ate the showbread which was not lawful for him to eat, nor for those who were with him, but only for the priests? Or have you not read in the law that on the Sabbath the priests in the temple profane the Sabbath, and are blameless? Yet I say to you that in this place there is One greater than the temple. But if you had known what this means, ‘I desire mercy and not sacrifice,’ you would not have condemned the guiltless. For the Son of Man is Lord even of the Sabbath.” (Matt 12:1–8, NKJV)

A cursory, naive  or misinformed reading of this passage might lead one to the conclusion that Yeshua was sanctioning the violations of the laws of Elohim given to man through Moses. If this were true, then Yeshua’s statements in Matt 5:17–19 contradict his statements in Matt 12 making him into a liar. If so, he is a sinner. Elohim forbid…may this never be so! In Matt 5 Yeshua said,

Do not think that I came to destroy the Law or the Prophets. I did not come to destroy but to fulfill. For assuredly, I say to you, till heaven and earth pass away, one jot or one tittle will by no means pass from the law till all is fulfilled. Whoever therefore breaks one of the least of these commandments, and teaches men so, shall be called least in the kingdom of heaven; but whoever does and teaches them, he shall be called great in the kingdom of heaven. (Matt 5:17–19)

Matthew 12:1–8 in no way indicates that Yeshua is sanctioning the violation of the Torah-law. A study of all of Yeshua’s words regarding the Torah in the Gospels will show that in every way he obeyed the Torah and upheld its validity for all people for all time. The same is true of the apostolic writers. I have written dozens of articles and made numerous videos exploring this topic and proving this point for those who are honest truth-seekers and care to become educated on this subject instead of following the traditions and doctrines of men by which the word of Elohim has been made of none effect.

In reality, Yeshua’s statements in Matthew 12 show us two things. In the case of David eating the showbread, in order to save one’s life, it is permissible to loosen the laws of Elohim in exceptional circumstances. This is analogous to the ox-in-the-ditch provision in the Torah that allows a person to work on the Sabbath by extricating an ox that has fallen into a ditch on that day and can’t get out. This is no different from now calling a tow truck on the Sabbath to tow your car after you have wrecked it or gotten stuck en route to church services.

Similarly, the biblical Sabbath laws prohibit working on the Sabbath; the Sabbath is a day of rest from one’s secular activities. However, when the Levitical priests were doing their priestly duties on the Sabbath (i.e. butchering animals and tending to the tabernacle service), YHVH didn’t consider this to be work, since they were ministering to him as he commanded. This was not secular work. This was YHVH’s work—the ministry. Unlike secular work, their work was bringing people closer to Elohim because it focused on him. This can’t said of our secular work, which we do for the primary purpose of earning a living.

Make no mistake, doing YHVH’s ministry is hard work! Praying for people, studying the Bible, writing, answering questions, ministering to people is physically, emotionally and mentally demanding and enervating! This is like the pastor who ministers to his congregation on the Sabbath. It is tiring work! For years, I pastored a local congregation. Many times, I’d much rather have stayed home and rested on the Shabbat, instead of spending eight to ten hours at the church building preaching, teaching, counseling, answering questions, ministering to people, setting up and tearing down. I was usually more tired after Shabbat services had ended then I was after working a hard day in my tree service cutting down, climbing  and pruning trees!

For those who insist that Yeshua violated Elohim’s Torah-laws, thus making him into a sinner, I have one thing to say to you: This blog will neither countenance anti-Christ nor anti-Torah statements, much less satanically inspired blasphemy against Elohim, the Messiah. The rules of my blog that are listed on the main page clearly state this.  Those who fail to follow these rules will be banned from my blog. My blog, my rules!

Finally, one thing is certain. We are in a battle for the hearts and minds of men. It’s a struggle between the lies of the Evil One who comes as an angel of light against the immutable and divinely revealed truth of Elohim. This battle is hard fought and hard won. Those of us in the trenches know it all too well!

1 thought on “Did Yeshua Break the Torah-Law?”