Skip to primary content
Wake up Christians! We’re living in a post-Christian society full of anarchists and Satanic God-hating nihilists who hate you and me. We’re sliding quickly into the heathenistic barbarism of Baalism. It’s the wild west guys! It’s time to wake up from you spiritual nap and to saddle for battle! The battle starts on your knees, but it doesn’t stop there. 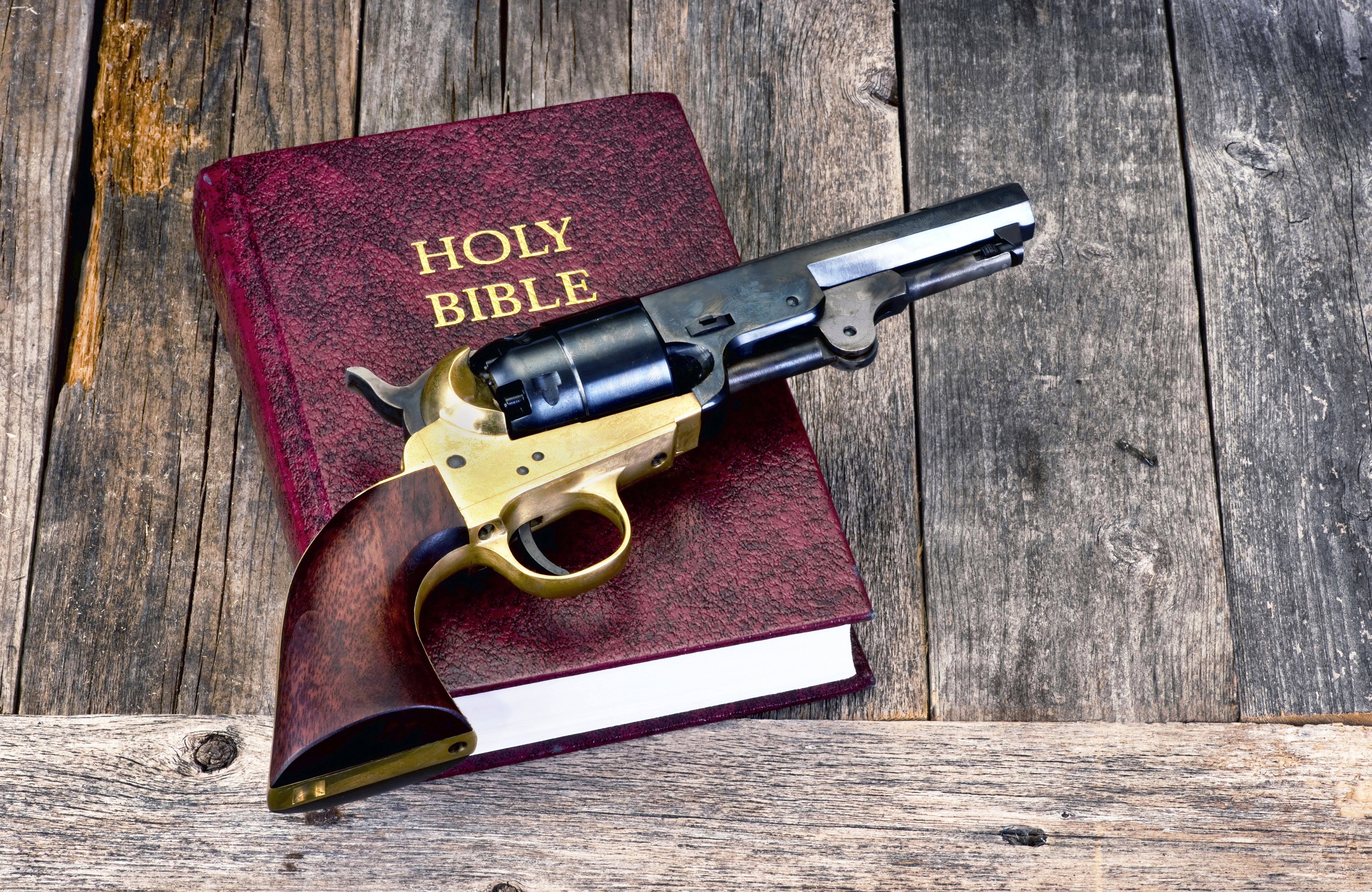 In light of the recent Texas church massacre, Christians need to consider this: Yeshua told his disciples (that’s you and me) to be wise as serpents and harmless as doves. Instead, the churches are full of people who are oblivious to the evil serpents who want to kill and destroy them, and at the same time are still harmless as doves.
Sadly, most Christians are living in an altered reality bubble of denial about how evil the dark side really is. Too many believers are blinded by their normalcy bias and feel (emphasize the word feel—feelings are usually not based on reality ) that things aren’t as bad as they really are. This is the spiritual blindness of Laodiceanism that Yeshua talked about in the Book of Revelation chapter three. They don’t want to believe that things are as bad as they really are, and that Yeshua’s return is imminent, and that Satan is desperate to maintain control over his world no matter what and will stop at nothing before his ultimate defeats occurs. To face this reality would mean that these sleep-walking saints would have to wake up from their spiritual nap, repent of sin and get honest about their spiritual walk with Yeshua! This would mean that they would have to confront their sin of putting Yeshua on the back burner of their lives and to repent of their addictions to Facebook and other social media, as well as recognize their idolizing their electronic devices, video games, movies, sports and other mind-numbing forms of entertainment and start giving more time to the one who bought them with his blood, redeemed them from sin and demands total obedience and allegiance as a pre-condition for granting them the ultimate reward of eternal life.
Not only that, most saints get their news info from the Uncle Walter propagandistic and slanted major news outlets that tell us “that’s the way it is” and we as sheeple blindly believe them.
In reality, most of these journalistic liars typically either under-report or gloss over the depths of the evil of the dark side and its hatred for villainous desires against Bible believers. This is because these leftist news pundits are sympathetic fellow-travelers with the God-hating evil-doers. While maybe not guilty of crimes against Christians, they hate Bible believers and are guilty of murder in their hearts because their own deeds are evil. To expose the other guy would be to expose themselves for who they really are. It’s a defensive tactic of human nature to hide the truth for fear of self-exposure. At the same time Christians are oblivious to the murderous evil of the satanic-serpents who want to kill, steal and destroy, while they still naively act as harmless as doves.
All this to say that when I was pastoring, many years ago after the first several church shootings occurred, I got a concealed carry permit and always carried a firearm during church services. I saw the handwriting on the wall and refused to bury my head in the sand to the reality of the times in which we are living. How could I be so arrogantly ignorant to think that I was so special to YHVH that a church shooting couldn’t occur in my church? Look, if I’m going to be a martyr for Yeshua like nearly all the original apostles were, that’s one thing, but I refused to be a martyr because of my own naive stupidity!
Others in our congregation got their carry permits as well. I would have pitied the poor demoniac who would have tried shoot up our congregation! At the same time, we kept the doors of the church locked while services were occurring and kept a security guard at the door, while, at the same time, covering our congregation with spiritual warfare prayers as our first and most important line of defense.
Wake up America, wake up pastors, wake up Christians, this is 2017, not 1957! Pastors need to start acting like shepherds and start protecting their flock instead of leaving their trusting sheeple vulnerable like sitting ducks!
Our first and most important defense is spiritual warfare and the blood of Yeshua. After that, well…you connect the dots! We must do your part.
Most of you have locks on your doors, wear seat belts while driving, carry a spare tire in your car, have a first aid kit, smoke detectors in your home and have insurance to protect yourselves from everything, but when it comes to protecting yourselves in church, we’ve become naive and trusting ignoramuses who are living in the mental bubble of a past reality!
It’s time to grow up America! We’re not living in the 1950s anymore. It’s time for the sleeping church to wake up! Pastors: It’s time to start acting like shepherds who really protect the sheep both physically and spiritually instead of acting like the hirelings most of you really are!

7 thoughts on “In Response to the Texas Church Massacre—It’s Time for a New Mindset!”