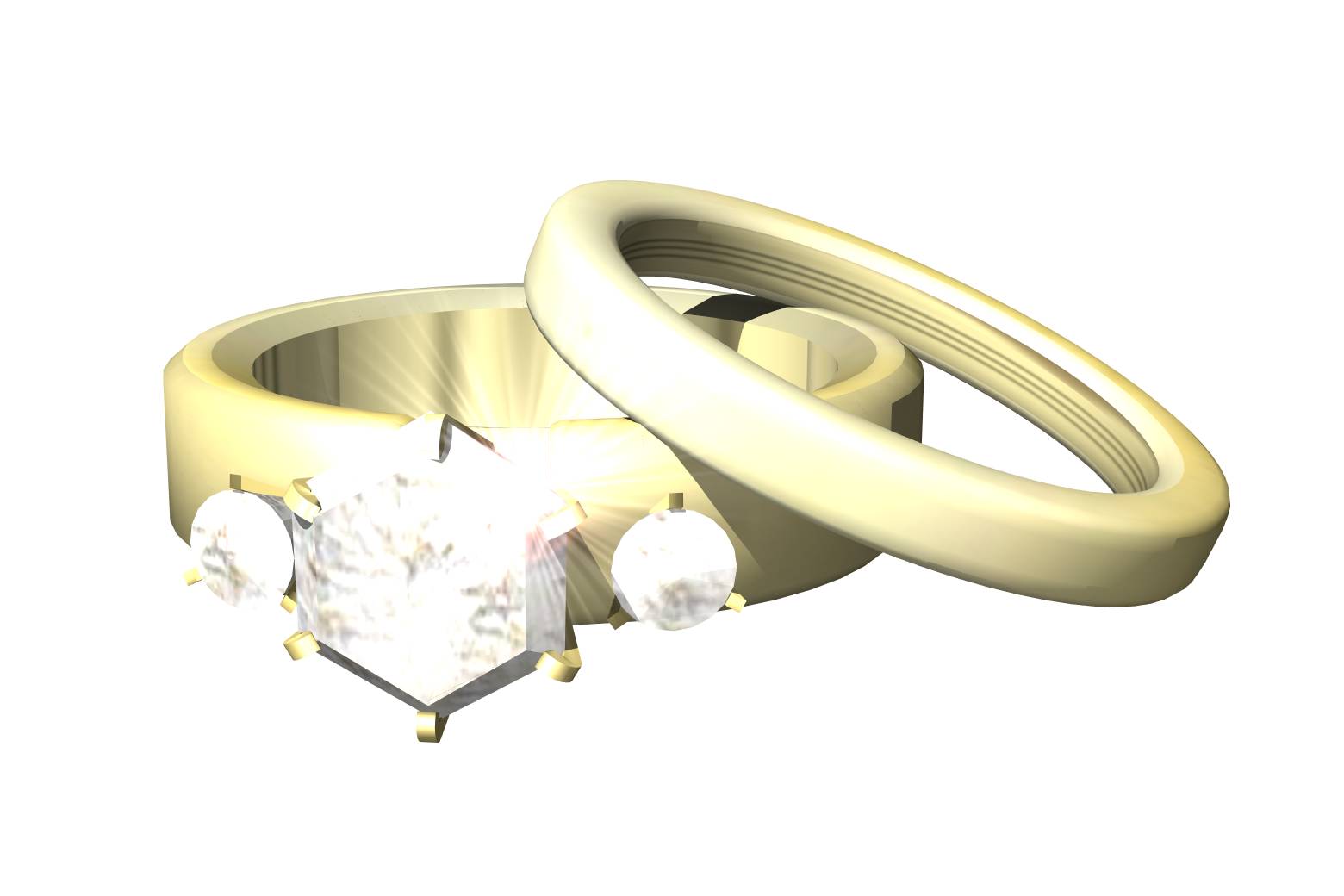 There are many prophetic spiritual types and shadows to be found in the Torah that point forward prophetically to Yeshua the Messiah. A series of events in Isaac’s life beginning in Genesis 22 and culminating in chapter 24 provide us with some amazing antetypical glimpses into events that would surround the life of Yeshua the Messiah some 1800 years later.

Genesis 22, As we noted in the previous parashah, the Akeidah or binding of Isaac on Mount Moriah is prophetic shadow-picture of Yeshua’s crucifixion on the altar of the cross. But note the conclusion of this incident in verse 19. There we see that Abraham returns to his young men with no mention made of Isaac being with him. Where was Isaac? Obviously, he was accompanying his father, however the Scriptures fail to mention this. Interestingly, according to Jewish folklore, Isaac was actually killed, but that YHVH resurrected him subsequently. This further strengthens the assertion we have made that the Akeidah was a prophetic picture of the substitutionary death and resurrection of Yeshua at the cross. If Isaac was an antetype of Yeshua, then logically, Abraham would be a type of Elohim the Father. So for illustrative purposes, let’s assume that Isaac’s absence is a picture of Yeshua’s crucifixion and, thus following this scenario, when does Isaac (or Yeshua) next appear on the scene? A wonderful story is about to unfold from the pages of the Bible as we answer this question!

Genesis 24:1, After the death of Sarah, Abraham’s first order of business was to find a wife for Isaac. Similarly, after Yeshua was resurrected from the dead he returned to heaven where his Father began to prepare a spiritual bride for him, which are the saints of redeemed Israel (read 2 Cor 11:2; Rev 19:7–9).

Genesis 24:2ff, Who did Abraham employ to procure for his son a bride? It was Eliezar, his eldest and most trusted servant. In Hebrew, Eliezar means “El (God) is my helper.” Who is the Chief Servant, if you will, of the Father in heaven who is presently searching for and preparing a bride for Yeshua his Son? It is the Set-Apart (Holy) Spirit of Elohim who the Scriptures call the Comforter or Helper (John 14:16, 26; 15:26; 16:7).

Genesis 24:10, Eliezar went to Babylon to find a bride for Isaac. In the last days, where is YHVH calling his people out of in order to prepare them to be the bride of Yeshua? (See Rev 18:2, 4.)

Genesis 24:14ff, Eliezar puts Rebekah to the test to determine her suitability as a wife for Isaac. Presently, the Father is testing the saints to determine their suitability as a wife for Yeshua. Not all redeemed believers will be the wife of Yeshua. There are levels of rewards in Elohim’s kingdom. Some will be the least in his kingdom and some will be the greatest (Matt 5:19), and not all the virgins were allowed into the wedding supper—only those who had prepared themselves spiritually (Matt 25:1–13).

Rebekah is found at a well drawing water. This a picture of the end time bride of Yeshua who will be found drawing water from the spiritual wells of salvation or Yeshua (Isa 12:3). From Yeshua she will be filling her vessels or lives with the Torah (the Word of Elohim) and the Spirit of Elohim (John 4:23–24). Not only that, Eliezar had ten camels (Gen 24:10) that Rebekah watered (verse 19). These camels are likely a picture of the ten lost and scattered tribes of Israel, who are the lukewarm believers, the foolish virgins, and the least in the kingdom who still haven’t come out of Babylonian religious systems and meet the qualifications of YHVH Yeshua’s bride-saints (see Rev 12:17; 14:12). Rebekah the bride feeding Eliezar’s camels is a prophetic picture of Yeshua’s end time saints spiritually watering or discipling new converts who need to come out of spiritual Babylonian religious systems (Rev 18:4). Malachi prophesied that in the end times just before the second coming (Mal 4:1–3) the people of YHVH would be returning to the Torah and turning their hearts back to the spiritual fathers of their faith (Mal 4:4–6).

Rebekah demonstrated a humble, modest, hard-working and submissive spirit. This is the type of demeanor Yeshua is looking for in his spiritual bride.

Genesis 24:22, Eliezar gives gifts (Heb. mohar) to Rebekah as a down payment or “earnest money” showing the seriousness of Abraham’s offer to Rebekah. Similarly, Yeshua promised to send his Set-Apart Spirit to his disciples as a down payment or earnest money of his future intentions to marry them (2 Cor 1:22; 5:5; Eph 1:14). Furthermore, Eliezar gives Rebekah a finger ring and an ear ring. The Bible indicates in several places that the servants of YHVH are to remember his ways—the Torah—in all that they do and think as if it were a mark on their head and hands (Exod 13:9, 16; Deut 11:18). In Revelation 22:4, we read that YHVH will write his name on the foreheads of his people in the New Jerusalem. Of course, those who serve the devil will have Satan’s counterfeit mark of possession on their heads and hands as well (Rev 14:9).

Genesis 24:54, Eliezar wanted to leave Babylon immediately with Rebekah and return to Abraham. This is prophetic of YHVH’s plea to his end time people to come out of Babylon the Great immediately (Rev 18:4), which is a last days religious, economic and political system that represents all that is evil and contrary to the Word, will and ways of YHVH-Elohim and YHVH-Yeshua his Son.

Genesis 24:55, Although Eliezar and Rebekah wanted to leave her father’s house in Babylon, her family was not willing to let go of her, but insisted that she remain with them in Babylon. In the end times, some believers will heed YHVH’s call to come out of Babylon the Great, while others will be reluctant to leave succumbing rather to the allurements of Babylon to stay “in her” (see Rev 18:3–4 cp. 2 Thess 2:1–12 with emphasis on verse 10–12).

Genesis 24:58, Rebekah was a woman of faith and was immediately willing to leave her home in Babylon to marry Isaac in Canaan, whom she had never seen. Those saints who wish to be the bride of Yeshua must be willing to leave the spiritual defilement of modern Babylon and to follow the Lamb wherever he goes, even though they have never literally seen him (Rev 14:4).

Genesis 24:62, The very next time we see Isaac after the Akeidah is in verse 62 where he is meditating, supplicating and praying at the well of Lachairoi, which means, “well of the living one seeing me.” This is a prophetic picture of Yeshua the Son, in heaven awaiting his return to earth after his resurrection. There in the Presence of his Father, the Living One who sees him, and whose throne is the well or source of the river of life, Yeshua is making intercession for the saints who are his bride to be (Rom 8:34; Heb 7:25).

Genesis 24:64, Rebekah arrives from Babylon on a camel—a semi-kosher animal, which chews its cud, but does not have a completely split hoof (Deut 14:7). This animal is emblematic of Babylon—a word that means “mixture” of good and evil. This alludes to the fact that the bride of Yeshua who comes out of spiritual Babylon (Rev 18:4), like the animal Rebekah was riding, will not be a perfectly “kosher” or righteous or a Torah-obedient bride, but will be a mixture of good and evil. This also points to the grace of Elohim who loves us and accepts us as his Son’s bride, even though we still have worldly and carnal traits.

Now let’s look at this spiritual picture from a slightly different angle. Eliezar is a prophetic picture of the Spirit of Elohim finding and preparing a bride for Isaac (a picture of Yeshua). Rebekah answers the call of the Spirit, leaves Babylon, and with her come the ten camels picturing the ten tribes of Israel, which she is responsible for feeding and bringing out of Babylon. It is our role as redeemed Torah-obedient Israelites who have faith in Yeshua to share the truth of the Torah with as many of our Christian brethren as possible who are still caught up in many non-biblical and even pagan religious traditions. As we give them water (i.e., the Word of Elohim) from the wells of salvation (i.e, Yeshua who is both the Written Torah and the Living Torah, i.e, the Word of Elohim that was made flesh, see John 1:1, 14), they will want to come out of spiritual Babylon (Rev 18:4) and return to the Promised Land of the Hebraic roots of their faith. This fulfills Malachi’s end-times prophecy about the hearts of the children being turned back to their fathers (Mal 3:6).

Genesis 24:65, When Rebekah arrives in the Promised Land, Isaac comes out to meet her, his bride, who had just come from Babylon. This is a prophetic picture of Yeshua coming from heaven to meet his spiritual bride in the air at the resurrection of the saints (1 Cor 15:51–53; 2 Thess 4:13–18; Rev 11:14–18). Meanwhile, Rebekah covered herself with a veil. This prophetically points to the saints of Yeshua who receive their glorified bodies at the resurrection at his second coming. It also is a picture of the New Jerusalem descending upon the bride of Yeshua like a glorious spiritual bridal gown when (or after) Yeshua returns (Rev 21:2).

Genesis 24:67, Upon meeting, Isaac immediately takes Rebekah to his tent to consummate the marriage. This prophetically speaks of the marriage supper of the Lamb where Yeshua and his bride become one (Rev 19:7–9).Verse 63, Meditate. Heb. jUå/suwach meaning “muse, commune, speak, complain.” This is the only place in the Tanakh this word is found. According to the TWOT, the basic meaning of this verb seems to be “to rehearse, repent, or to over a matter in one’s mind,” and involves inward our outward (audible) contemplation. The parent noun is siha (and cognates) meaning “prayer, thought, communication, or pious mediation.” This is the first mention in the Bible of someone praying.