This post on the comments page from Handmaiden4Him has given me great pause for consideration! Therefore, I decided to publish it on the blog. I would value your  comments. I think we’re all trying to figure some things out—what is the Father up to for America?  Natan

I was voting for Marco Rubio, and I saw Donald Trump winning…then I began to ask the Lord about him. I felt like the Lord was confirming to me that “the Donald” (my quotes) would win. I asked the Lord, “Why?” I began to remember the story of Samson…FOR NO REASON. I remembered how Samson had the nazarite calling and how he was kind of like “the world is my oyster” kind of a guy. If he saw something he liked, he TOOK it. He taunted the Philistines, enemies of Israel, and they were afraid of him. He was also strong and attracted women—also women that were going to use him like Delilah, who represents the beauty of the “enemy,” and who would steal his strength She finally got a very independent man to reveal the source of his strength—his hair. I thought, “wow.” I saw a picture in my mind of Donald Trump. Hmmm… 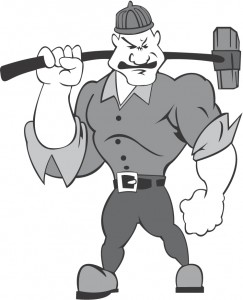 Now Trump is no saint, that’s for sure. But Elohim anointed King Cyrus. Was he a believer? No. So I began to consider Trump and wonder why Elohim would not appoint a strong believer like Cruz or Rubio. I felt like He was saying,”they don’t stand a chance.” That would make people even sadder if they got into office and their hands were tied. Trump’s name, in German is Trumpf. It’s the German spelling. It doesn’t mean “trumpet” like you think. It means “hammer.” Jeremiah 23:29 “Is not my word like fire,” declares YHVH, “and like a hammer that breaks a rock in pieces?”
I felt like what Elohim was saying that things need to be broken before they can be fixed again. So knowing what I feel that Elohim has in mind, I’ve been praying for several weeks and am committed to praying for Trump(f) until the day he walks into the oval office.
I could be wrong, and I’ve missed Elohim before, but I don’t take elections likely, even though we are not invested in this country like we are in the kingdom of Elohim, but i know that Elohim does guide and direct our steps desires for us to prosper in the place in which we live and has a destiny for country. I flew to Washington, DC, by myself, to attend a rally to defund planned parenthood, and prayed while I was there.

Father, protect Donald Trump from greed, manipulation, corruption, and allow him to smash strongholds and stiff necks that block all efforts to restore this country to greatness again—greatness that comes from the kingdom of Elohim in men and women that live in her—in Yeshua’s name. Amein.

Donald Trump being like a Samson…a very interesting analogy that seems to ring true to me, even though I’m no great fan of the man. How about Balaam’s ass (or Jonah’s fish, for that matter)? YHVH sometimes uses very unlikely creatures for his purposes! I’m going to post your comment on the main blog (after I’ve corrected some typos). Thank you very much for these insights!  Natan

23 thoughts on “Donald Trump the Hammer? Like a Samson??”