Numbers 18:21, I have given the children of Levi all the tenth. The children of Israel were to pay a tithe (a tenth) of their income to support the Levites—those who ministered to the Israelites and taught them YHVH’s Torah. Since the Levitical priesthood system no longer exists, some people interpret this to mean that tithing and giving to support those who minister to the saints and feed them spiritually is no longer obligatory. Some have the notion that pastors and Bible teachers are to minister free of charge. What does the Apostle Paul say about this? In 1 Timothy 5:17–18 we read, 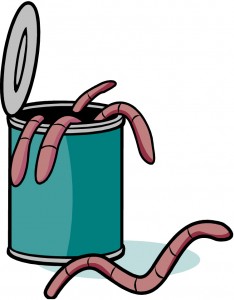 Let the elders that rule well be counted worthy of double honour, especially they who labour in the word and doctrine. For the Scripture says, You shall not muzzle the ox that treads out the corn. And, The labourer is worthy of his reward.

Now let us look at the tithing question in more detail in light of the Torah’s command to support the Levites. How does this translate into supporting those who feed and care for us spiritually today?

Is Tithing for Us Today?

YHVH in his Word, the Bible, instructs us,

Honor YHVH with thy substance [wealth, riches], and with the firstfruits [beginning, best, first, chief, choice part] of all thine increase [produce, product, revenue], so shall thy barns be filled with plenty, and thy presses shall burst out with new wine. (Prov 3:9–10)

How do those seeking to obey YHVH’s Word fulfil this command?

To tithe or not to tithe, that is the question in many people’s minds these days. In light of the misuse of church members’ tithes and offerings by many church organizations and ministries for questionable purposes, and in light of the money-grubbing tactics of many Christian media outlets and televangelists, many are now questioning whether tithing is a biblical principle that was for ancient Israel only, or whether it is a universal principle that applies to all men at all times.

These are fair questions and valid concerns. But let’s be certain that our course of action one way or the other is determined by the Word of YHVH, not by personal experience or human’s mishandling of scriptural principles. To determine doctrine and theology based on our own experience and emotional negativity is a form of humanism—conforming YHVH’s Word to fit us. In so doing, we will find ourselves walking counter to the divine principles and instructions of YHVH Elohim and will open ourselves up to potential judgment (the consequences of sin) and be depriving ourselves of blessing (the consequences of obedience to YHVH).

Let’s first review the biblical concept of tithing as chronicled in Scripture.

The tithing principle pre-dates Moses and the establishment of the nation of Israel in the land of Israel. It is a universal principle practiced by the patriarchs.

Gen 14:18–20 Abraham tithed to Melchizedek, the priest of Elohim, who according to the Book of Jasher (16:11–12; 9:5–6) and rabbinic tradition (b. Talmud Ned. 32), was Shem, and the Torah teacher of Abraham. Abraham paid tithes on all that he had to Melchizedek—not just the spoils of war. Abraham honored YHVH—possessor of heaven and earth—by giving a tithe to YHVH’s servant and likely Abraham’s Torah teacher.

Gen 28:22 Jacob tithed all that YHVH had given him, not just the agricultural goods of the land.

The Mosaic tithe system was for the nation of Israel in the land of Israel. It was a form of taxation that supported the government (the Levites and the priesthood), and took care of the poor. It also provided financially for the Israelites to have the means to journey to the three annual aliyah feasts (Passover, Pentecost and Tabernacles).

Leviticus 27:30–31 says that the tithe was due on the produce of the land (referring to the land of Israel, and not to land in general, i.e., outside of Israel).

The Mosaic Covenant had two tithes that were linked to the seven-year time cycle.

The first tithe went to the Levites (Lev 27:30–33; Num 18:21) and to no one else (Num 18:23–31). They in turn gave a tenth of their tithe to the High Priest and the sons of Aaron (the priests, Num 18:23–32). The first tithe could be converted into money if one paid a twenty percent penalty (Lev 27:31). This tithe went to the Levites so that they could devote themselves to studying Torah (2 Chron 31:4–5) and to teaching to the people what they had learned (Deut 14:22–23, “that you may learn to fear YHVH your Elohim always”; Ezek 44:23–24,  “that you may teach my people the difference between the holy and the profane”). The first tithe went to Levites, while the agricultural first fruits went directly to the priests at the Temple. The Levites in addition paid their tithe of the tithes to the priests (Neh 10:37–39).

The second tithe was used to finance the Israelites three annual pilgrimage festivals (Passover, Pentecost and Tabernacles) to the place where YHVH had placed his name. Any second tithe that one did not use went to the Levites (Deut 14:22–27). The second tithe could be converted into money to facilitate traveling (Deut 14:25). This tithe was not given to the Levites, so it is a tithe we can still do today, since it is to used by the tither. It is not to be used inside one’s gates.

Every third and sixth year of the seven year cycle, the tither donated his second tithe to the needy and the local Levite. In the seventh year there was no tithe since there was no produce gathered in since the Torah required that the land lay fallow that year (See the ArtScroll Chumah Rashi’s and S.R. Hirsch’s commentaries on Deut 14:28–29).

The Levitical Priest Passed Away; The Melchizedek Priesthood Is Forever

Principles Governing Our Giving in the Testimony of Yeshua  (NT)

Let the elders that rule well be counted worthy of double honour, especially they who labour in the word and doctrine. For the Scripture says, “You shalt not muzzle the ox that treads out the corn. And, The labourer is worthy of his reward.”

Tithing is a universal principle that predates the Mosaic Covenant. To say that it passed away with the sacrificial and Levitcal systems is to ignore the greater reality of tithing: that it pre-existed the Mosaic system, that it is a way to honor YHVH who is the Creator and Possessor of all.

The first tithers mentioned in Scripture are Abraham and Jacob. With Abraham, his tithing was a way to honor the universal priesthood of Melchizedek, and was, by prophetic extension, a way of honoring the Messiah. In tithing to Melchizedek, Abraham was also supporting and honoring his Torah teacher.

Jacob promised to tithe to YHVH. Scripture does not record how exactly he accomplished this, but there is no reason to doubt that he did it. Jacob made this promise to YHVH while leaving the Promised Land for temporary residence in the region of Babylon. Twenty-two years later, Jacob returned to the Promised Land a wealthy man having obtained all of his wealth in Babylon—not in the land of Israel. If he kept his promise to YHVH, he would have had to pay a tithe on that wealth. This would teach us that the universal principle of tithing as first practiced by the patriarchs applied to wealth not only obtained in Israel but outside of the land of Israel, as well.

When we come to the Mosaic tithing system, we see that certain tithes were to be paid to the Levites and the priesthood (sons of Aaron). Other tithes were to be used by the tither to finance their pilgrimage festivals, as well as to support the poor and needy. There is no Levitical priesthood or temple today, so it is impossible to pay tithes to them. However, the greater principle of tithing directly to YHVH or to his servants and to Torah teachers as first practiced by Abraham remains in effect to this day. This is validated in the Apostolic Scriptures (NT), as we have already seen.

Some will say that tithing passed away with the Levitical priesthood. Although we have addressed this issue already, let us add that the arguments that are often used to do away with tithing are the same arguments that the Christian church system uses to justify the abrogation of the Sabbath, YHVH’s annual feasts, the biblical dietary laws and many other aspects of the Torah.

In adhering to the higher spiritual principle of tithing, as Proverbs 3:9–10 states, we are actually honoring YHVH. The psalmist wrote that the earth is YHVH’s and the fullness thereof (Ps 24:1). All wealth comes from the earth and is gotten by the strength and abilities he gave to us. Man is prone to greed, covetousness and materialism. By honoring YHVH with the firstfruits (or beginning, first or choice part) of our increase (or produce, product or revenue), we are acknowledging his ownership of all, and his sovereignty over all. We are also placing faith in his divine principles that if we put him first in our lives, then he will bless us abundantly physically. This is what Solomon in his wisdom states in Proverbs 3:10. Yeshua also reiterated this divine principle of cause and effect when he stated in the Sermon on the Mount in Matthew 6:33, “Seek you first the kingdom of El, and his righteousness and all these things [i.e., material blessings] shall be added unto you.”

It has been the observation of this author over the years that those who stop tithing stop growing spiritually, their ministries go nowhere,  and they never have enough finances to meet their needs. Those who are unreserved tithers and givers are those who flourish and abound both physically and spiritually, while those who hold on to their tithes and offerings lose that same money (and much more besides) they would have tithed to unexpected disasters, medical expenses, traffic tickets and in a hundred other ways. It is as if the hand of YHVH’s protection over their finances has been lifted off of them.

In conclusion, we leave you with the same scripture verse we started with for your prayerful consideration:

Honour YHVH with thy substance [wealth, riches], and with the firstfruits [beginning, best, first, chief, choice part] of all thine increase [produce, product, revenue], so shall thy barns be filled with plenty, and thy presses shall burst out with new wine. (Prov 3:9–10)