Hanukkah (a Hebrew word meaning “the Feast of Dedication” and also known as the Festival of Lights) is a minor holiday in Judaism and is only mentioned once in the Scriptures (John 10:22). It is the memorial of the cleansing of the temple in Jerusalem after the pagan Greeks had defiled it with idols. There is no scriptural command to celebrate it. There is no indication that Yeshua or the early disciples celebrated it, although John in his Gospel mentions that Yeshua happened be at the temple during this holiday. Nevertheless, Hanukkah as great positive spiritual ramifications. 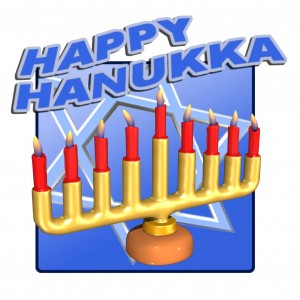 Although Hanukkah and Christmas occur in the same month, they are totally different from each other. Hanukkah is not a replacement for Christmas for those who have discovered the pagan origins and unbiblical nature of Christmas. Here are several ways how these two holidays differ:

7 thoughts on “13 Ways Hanukkah Is Different from Christmas”