While hysterical and mindless young people are demonstrating on the streets of my home city (Portland, Oregon) and elsewhere, vandalizing, terrorizing and defying law and order, at the same time, YHVH is raising up a corps godly young people whom he is spiritually energizing to carry the gospel forward and to be salt and light to our generation. It is my extreme joy and  privilege to be contributive in some small part to this spiritual revival.

At our Sukkot this year in the wilderness high desert mountainous region of Central Oregon, we saw this revival occurring. As posted last week on this blog, you were able to read confessionary praise psalms from two young men—my sons—a 19 and 20 year old. But there was more.

Here is a photo of the young people that were at our Sukkot this year. Some of them are on fire for Yeshua, and some of them haven’t made the commitment yet, but at least they were there to hear the Word and see the Spirit in action.

While some godless, law and order hating, leftist, “progressive”/communistic hooligan youths were marching on the streets in a city near us, not far away, away from Babylon, YHVH was raising up and anointing the next generation to carry the light and truth of his kingdom forward.

Below are pictures of the baptism of a young man that Elohim is raising up. 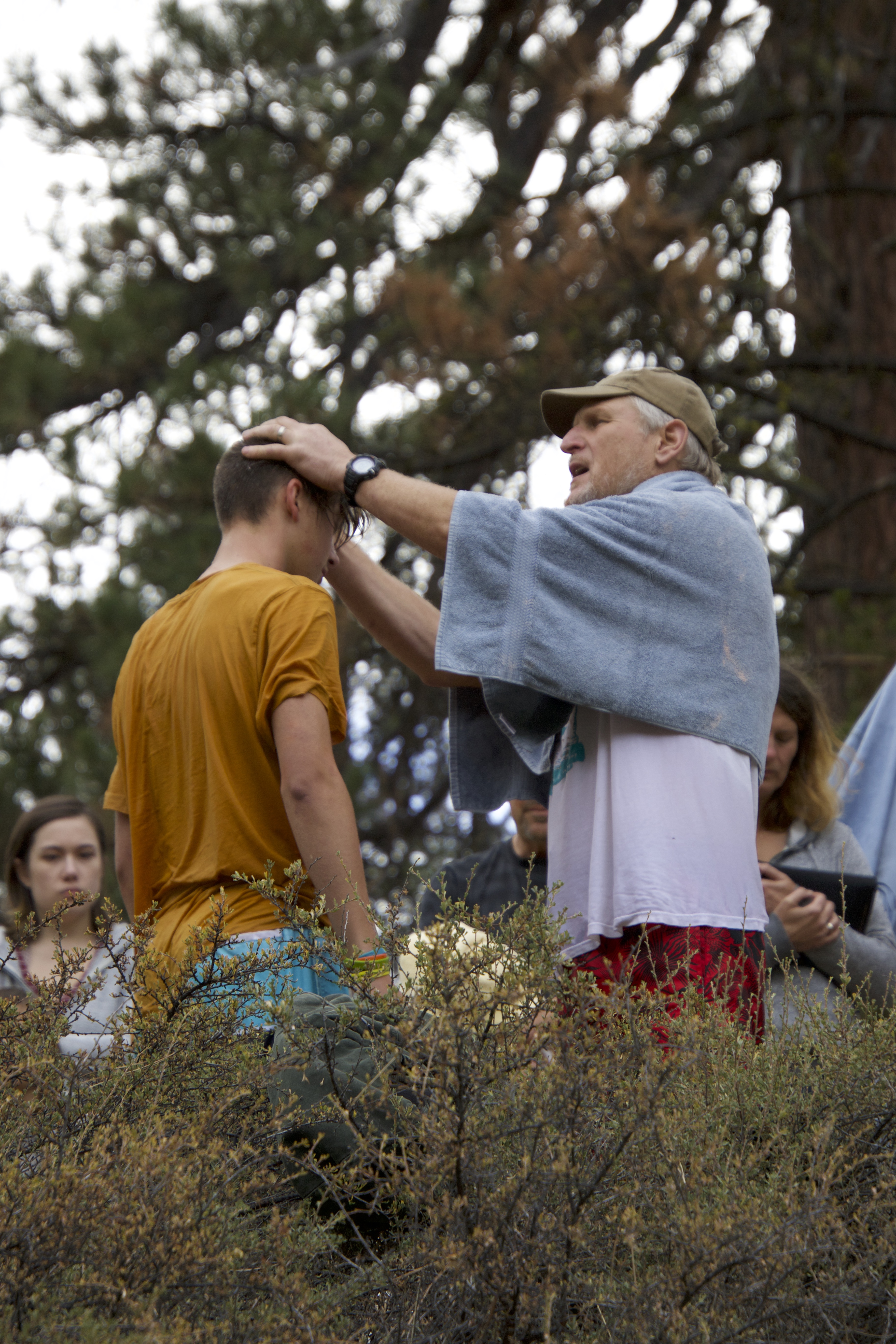 Young Nathanael was not only baptized for the remission of sins, made a public confession of his faith in and determination to serve and obey Yeshua, but he was baptized in the Set-Apart Spirit, as well, with the initial evidence of an overflowing of joy.

Previous to this wondrous event, Nathanael had secretly asked for three signs from heaven to confirm his receipt of the baptism of the Spirit: the wind, the fire and the sun to shine on him. Heaven answered his request. After coming out of the water, a strong and gentle breeze suddenly began to blow on us briefly. It was noticeably dramatic, since there had been no breeze previously all day. Then he felt the fire in his body. Then the clouds parted (it had been cloudy all day, and was even raining a little earlier) and the sun came out shone directly on him. Wow! We serve an awesome Elohim. I found out about his request of heaven’s confirmation after the fact.

Next, we had our young Levitical and prophetic minstrels leading praise and worship several times during Sukkot.

Jared leading praise and worship with the help of Kaleb and young Raphael.

Be encouraged…the kingdom of Elohim is advancing, slowly and quietly. What are you doing to help this occur?