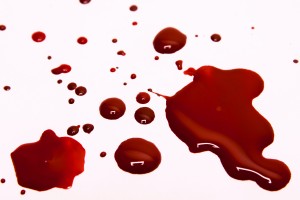 Simply this. In all that the prophets of old did and preached, they pointed the way to Yeshua the Messiah.

For example, Abel preached Yeshua when he brought a lamb offering to Elohim. By the fact that Yeshua’s generation of religious leaders would reject him and condemn him to be crucified, they represented a false, demonic and murderous antichrist religious system that had been responsible for the deaths of all of YHVH’s servants to that time. Instead of repenting of their sins and accepting Yeshua as the promised Messiah to which all the prophets of old had pointed, they joined their voices and forces with the chorus of antichrist rebels and dissenters including with Satan himself—the arch instigator of that rebellion—in rejecting the Messiah.

By rejecting Yeshua, they tacitly approved of the deaths of all those who had gone before him pointing the way to him, and were therefore just as responsible for the deaths of the ancient prophets as if they themselves had been the ones who had actually killed them.

1 thought on “The Blood of All the Martyred Saints on the Jewish Leaders?”